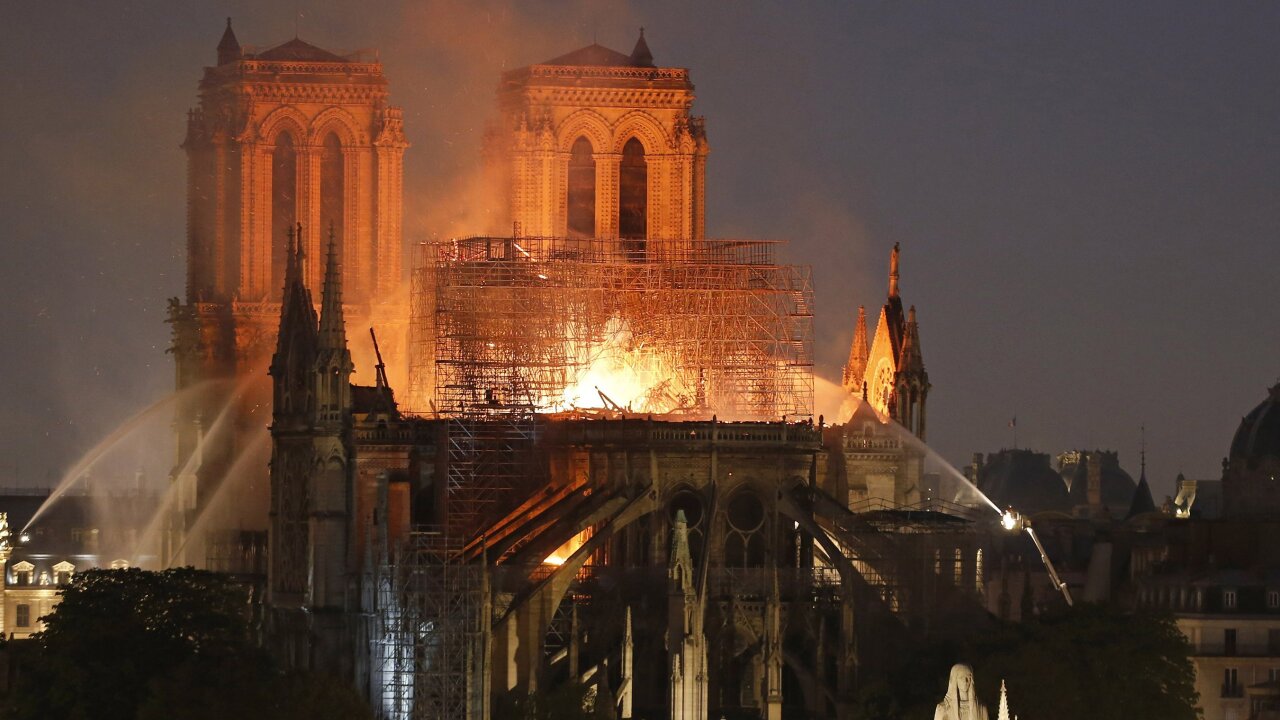 A fire broke out on April 15 and quickly spread across the Parisian icon.

(CNN) — A small Mass was celebrated at Notre Dame Cathedral in Paris on Saturday evening — the first since a fire destroyed the structure’s spire, parts of the roof and vault in April.

Access to the event was extremely limited due to safety concerns, with around 30 people attending, the Archdiocese of Paris said.

The Mass was held in a side chapel that was left undamaged by the fire, and the attendees were required to wear protective hard hats.

“It is with much emotion that we are here to celebrate the consecration of the cathedral,” Michel Aupetit, the archbishop of Paris who led the Mass, said according to Reuters news agency.

“It is a message of hope and thanks to all those who were moved by what happened to this cathedral,” he added, noting that it was “a bit strange” to conduct the Mass wearing a hard hat.

Franck Riester, France’s culture minister, warned Friday, however, that the cathedral’s structure remains fragile, in particular the vault that’s yet to be secured and could collapse.

“We need to install floorboards above and below in order to be able to remove the rubble which is on top of the vault and see in what condition the slabs are in,” he told the French TV channel France2.

He noted, however, that the Mass was a “lovely symbol of hope,” and represented a step towards the ultimate goal of reopening the cathedral “to the faithful, and tomorrow to tourists.”

Most of these funds are to be used to restore the cathedral, although some will be used to receive pilgrims, repair damaged goods and organize religious music at the site, according to the archdiocese.

“There may be people who promised to donate then in the end did not,” Riester said Friday. “That is normal, the donations will be made progressively as the restoration work continues.”

He added that President Emmanuel Macron was right to set a five-year target for the cathedral’s restoration, but noted that quality is more important than speed.

“Obviously what matters in the end is the quality of the work. So it does not mean that work will be totally finished in exactly five years,” he said.

Among France’s most prominent individuals to pledge money to the restoration project is Francois-Henri Pinault, chairman of the Kering organization which owns luxury brands including Gucci and Yves Saint Laurent. He pledged a total of 100 million euros ($112 million) in the direct aftermath of the fire.

Bernard Arnault, CEO of LMVH, an organization that owns luxury brands including Louis Vuitton and Dior, also pledged 200 million euros ($225 million), as did the Bettencourt Schueller Foundation, which is connected to the L’Oréal empire.

None of these organizations have as yet transferred money to the restoration project.