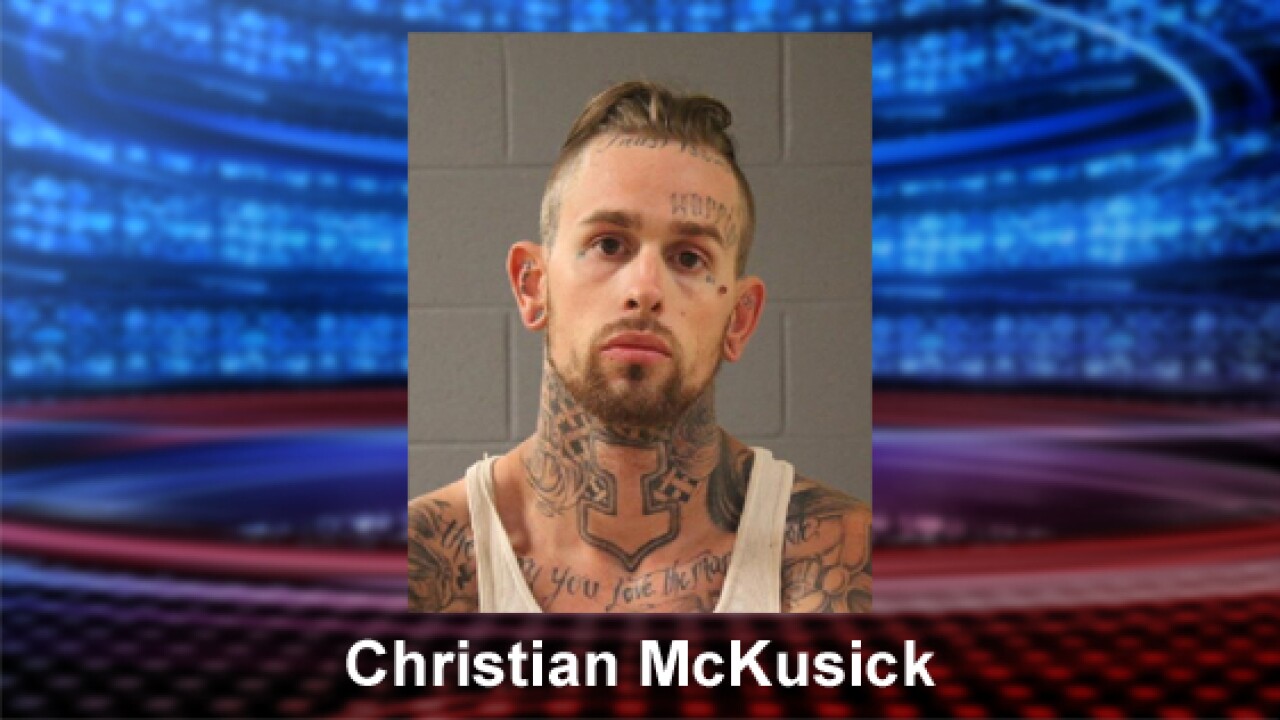 LA VERKIN, Utah — A La Verkin man was arrested Saturday morning after allegedly stabbing a man and a dog.

At the time of the incident, McKusick and the man were arguing, LaVerkin Police Sgt. Amber Crouse said, and during the verbal altercation, the suspect stabbed the dog with a knife.

“The victim said that when the suspect stabbed the dog, he was trying to defend the dog and was stabbed, too — twice,” Crouse said.