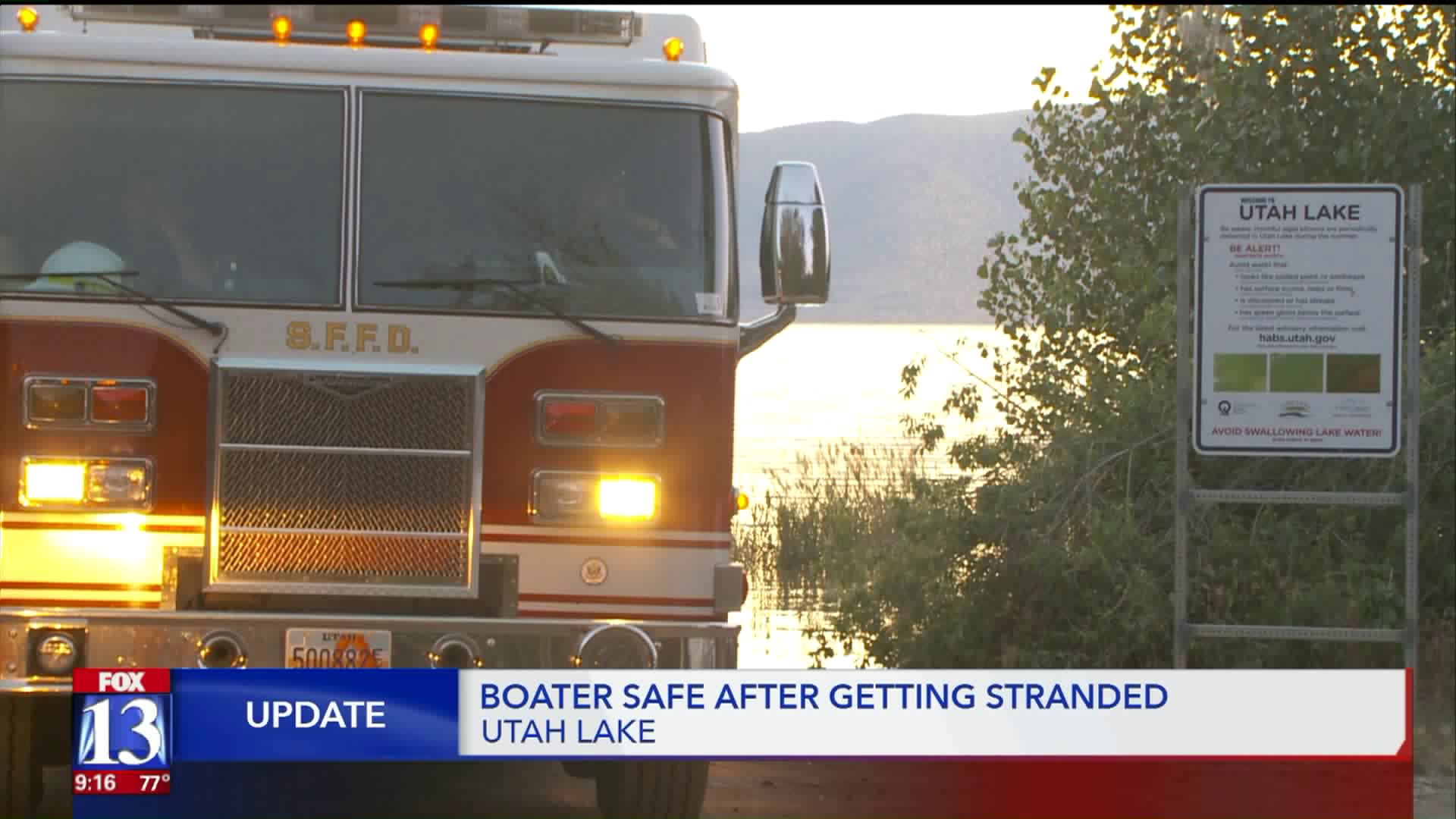 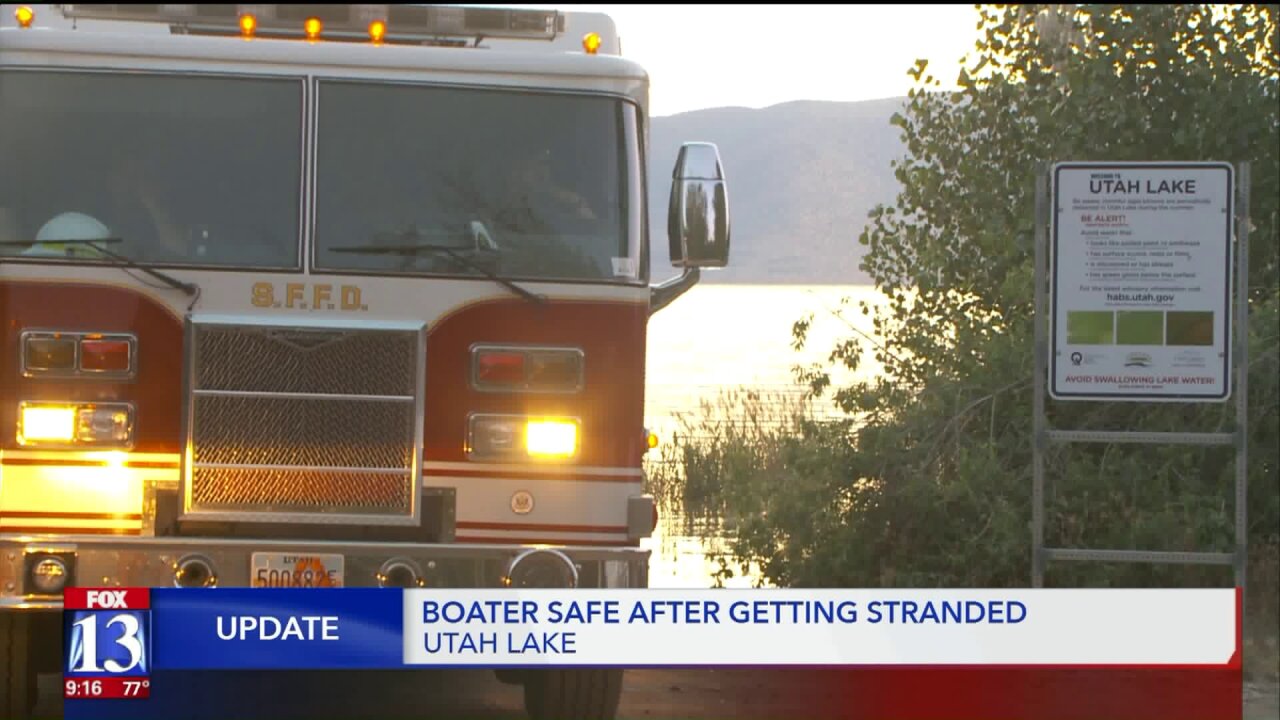 UPDATE: The man called police to inform them he made it home.

UTAH LAKE — A search is underway for a stranded boater on Utah Lake.

Just before 8 p.m. Saturday, a man called for help when his boat's engine died. He told dispatch the boat was taking on water and that his phone had only 5 percent battery left, according to Sgt. Spencer Cannon with Utah County Sheriff's Office.

Search and rescue crews have not found the boat yet. The man said he launched from Lincoln Beach Marina, and crews were focusing their search near Sandy Beach, Cannon told Fox 13.

This is a developing story and will be updated as more information becomes available.