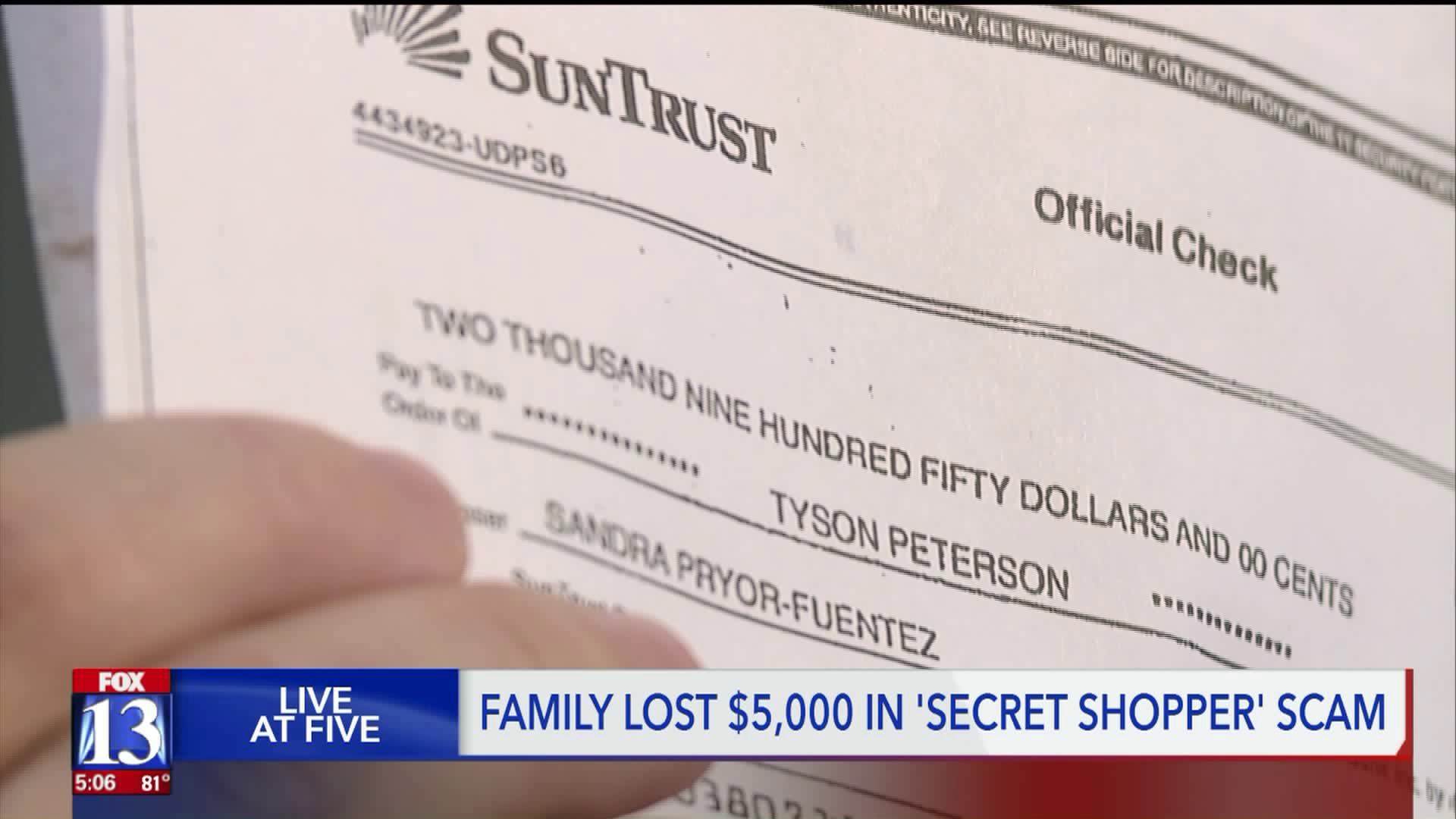 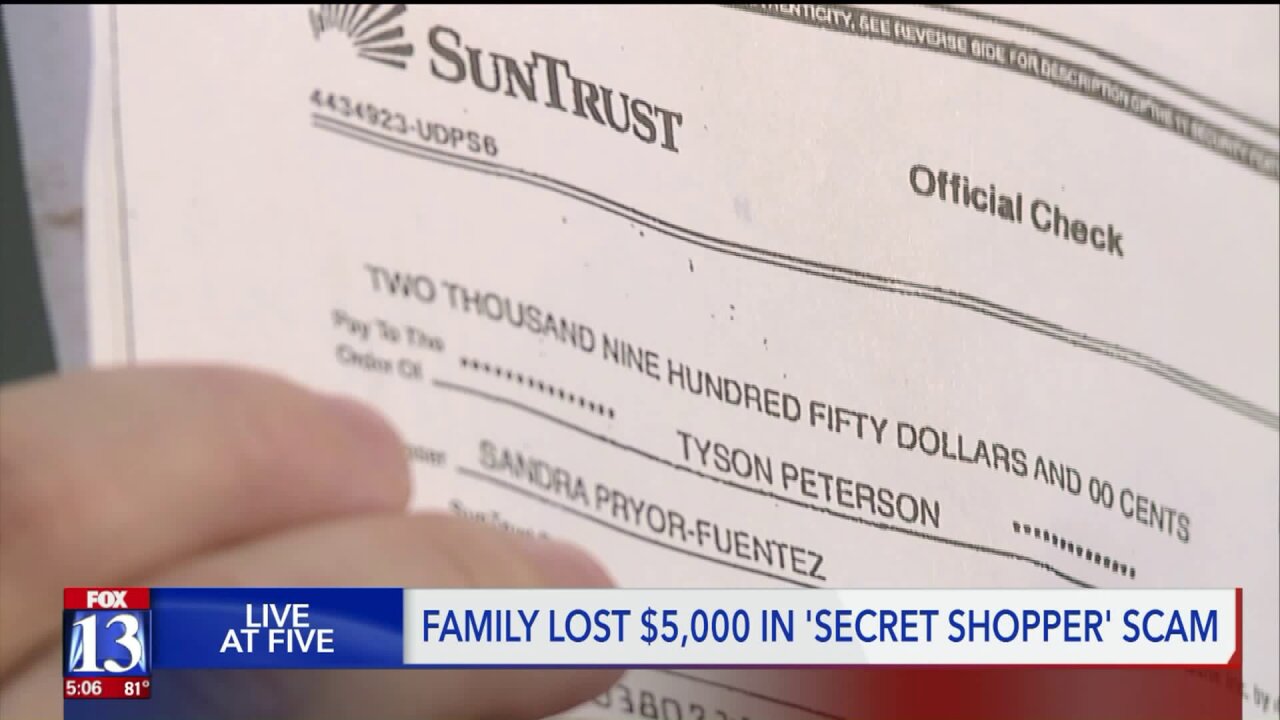 A Utah family is out $5,000 because of a scam the Utah Department of Commerce said happens all too often.

Sherri and Tyson Peterson have seven kids — some adopted, some biological. The Petersons told the kids, "Dad had lost his job." They did not want the kids to know they were scammed.

Tyson was looking for a new job using Indeed, Glassdoor and other online job sites. He found a secret shopper job asking for a resume.

When Tyson applied for the job, the company emailed him back with his first assignment: deposit a $2,950 check, then wait for it to clear before purchasing Google Play gift cards.

When the check did not bounce, the Petersons felt safe to continue forward—this time his assignment was to do the same thing but buying $3,000 worth of Google Play gift cards.

Days later, the first check bounced and the realization hit them — the check and job were fake, and they had lost $5,000.

“All of a sudden my safety net’s gone and it was just a sinking feeling in my stomach,” said Sherri.

The checks used a legitimate credit union name, something the Department of Commerce said scammers will do without the credit union or bank even knowing.

Still in dismay, the Petersons are trying to move forward and prevent others from losing like they did.

“You think you’ve done all your due diligence, but then it’s just gone,” Tyson said. “You then think about how long it took you to save up that money.”

Friends of the Peterson family set up a GoFundMe that can be found here.