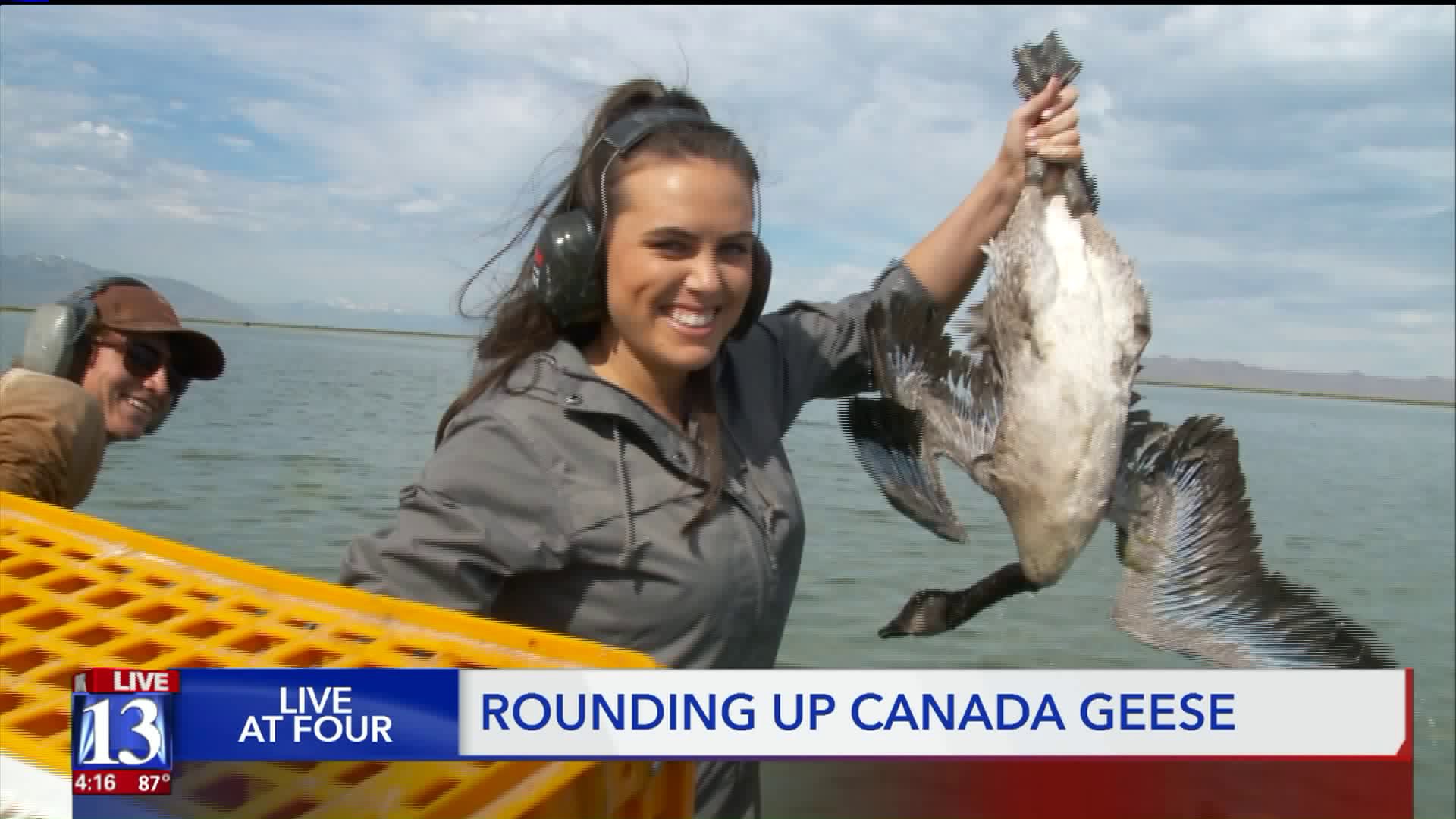 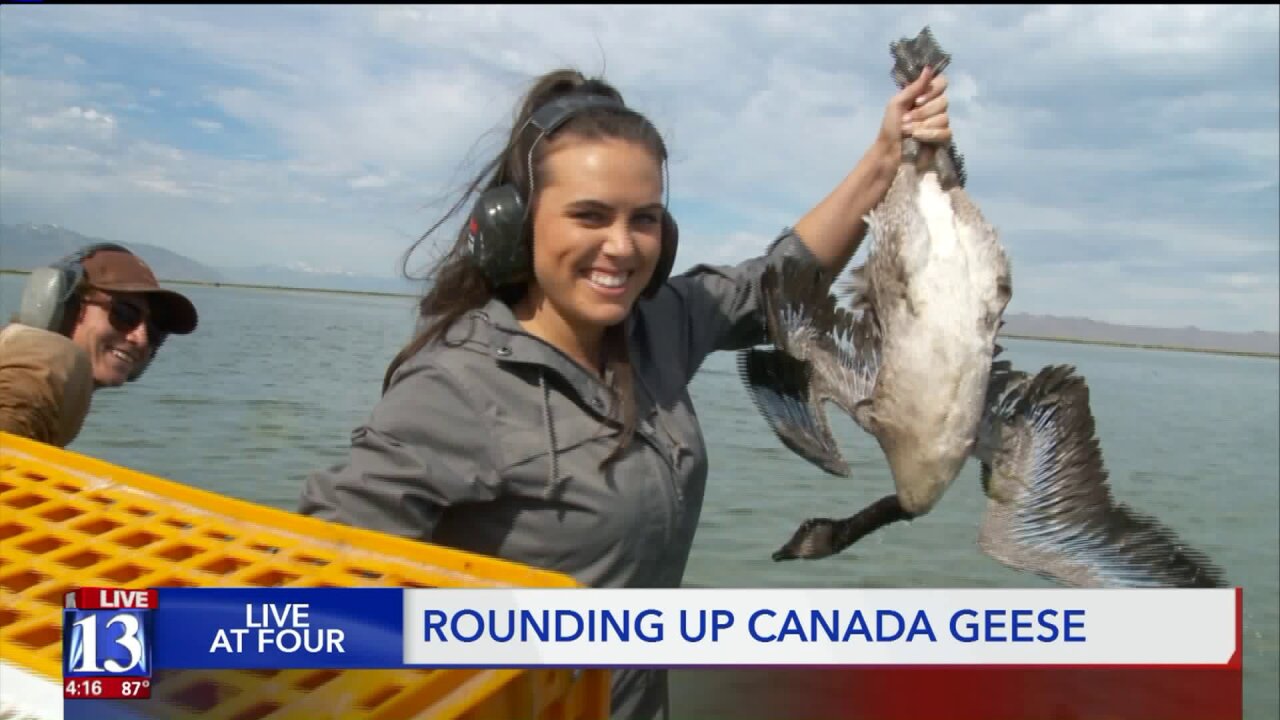 FARMINGTON, Utah — Biologists and volunteers with the Utah Division of Wildlife Resources have been catching and placing bands on geese in northern Utah to help keep track of the birds.

On Thursday, DWR workers launched airboats at Farmington Bay, one of several bodies of water where geese are rounded up for banding.

Mid-June is the time of year when the geese are easy to catch.

“What happens every year is the geese lose their flight feathers and they grow a new set and so they’re flightless right now,” said Mark Hadley, the Northern Region Outreach Manager for the DWR.

Those responsible for catching the geese while lie on their stomachs at the front of the airboats.

“We’ll spot a goose, we’ll bear down on it, the bird will try to paddle away and as the boat gets closer, they’ll typically dive under the water,” Hadley said.

The geese try their best to dodge the goose-catchers, but once they’re caught, they’re placed in crates and taken back to shore for banding.

Banding of geese is important to track migration patterns and the population of Canadian Geese.

Once banded, the geese are released back into the wild unharmed.

If a banded goose is caught in the future or killed by a hunter, the ID number on its band will help to tell where it came from.