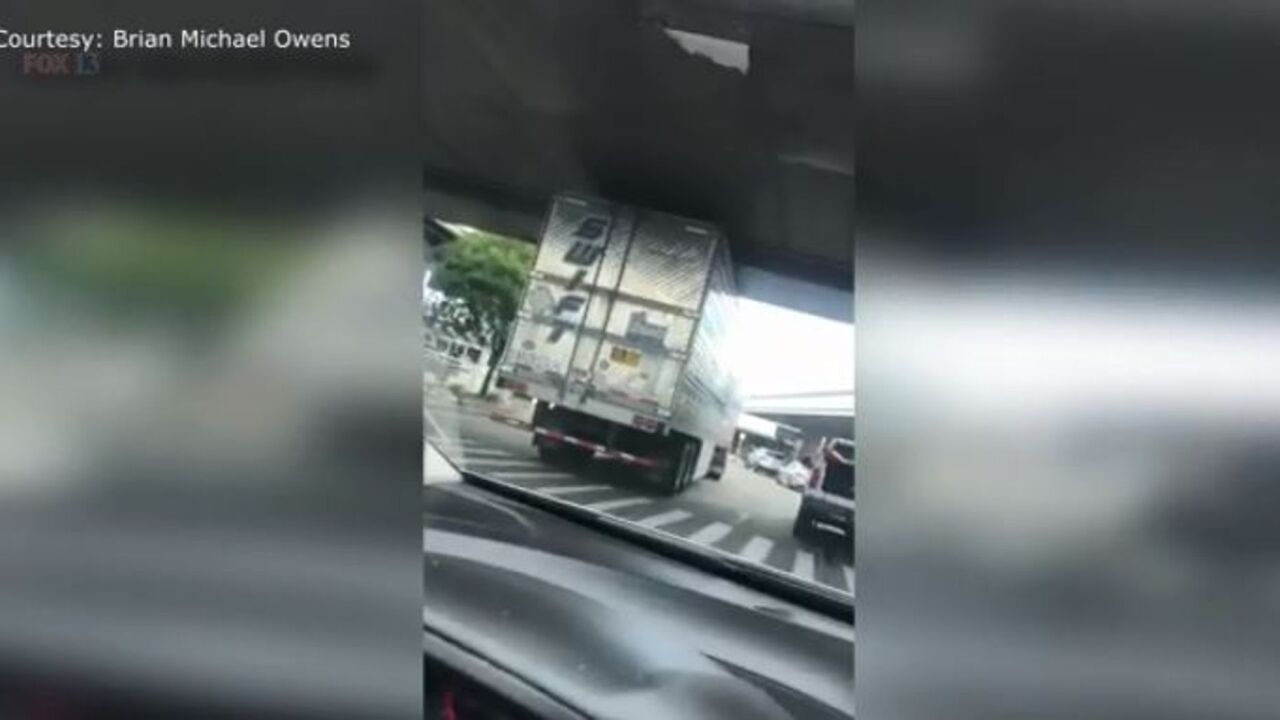 Nancy Volmer, an airport spokeswoman, said the incident occurred around 10:15 a.m. when the driver of a SWIFT truck tried going beneath the bridge.

Volmer said there are warning signs that flash and bang bars to deter drivers from going through when they are unable to clear the bridge.

Volmer said the truck was able to back up and exit the airport without causing extensive damage. The incident delayed airport traffic for some time.

Video courtesy Brian Michael Owens shows cars diverting around the trapped semi, and A photo shows the damage to the bridge after the truck was cleared.