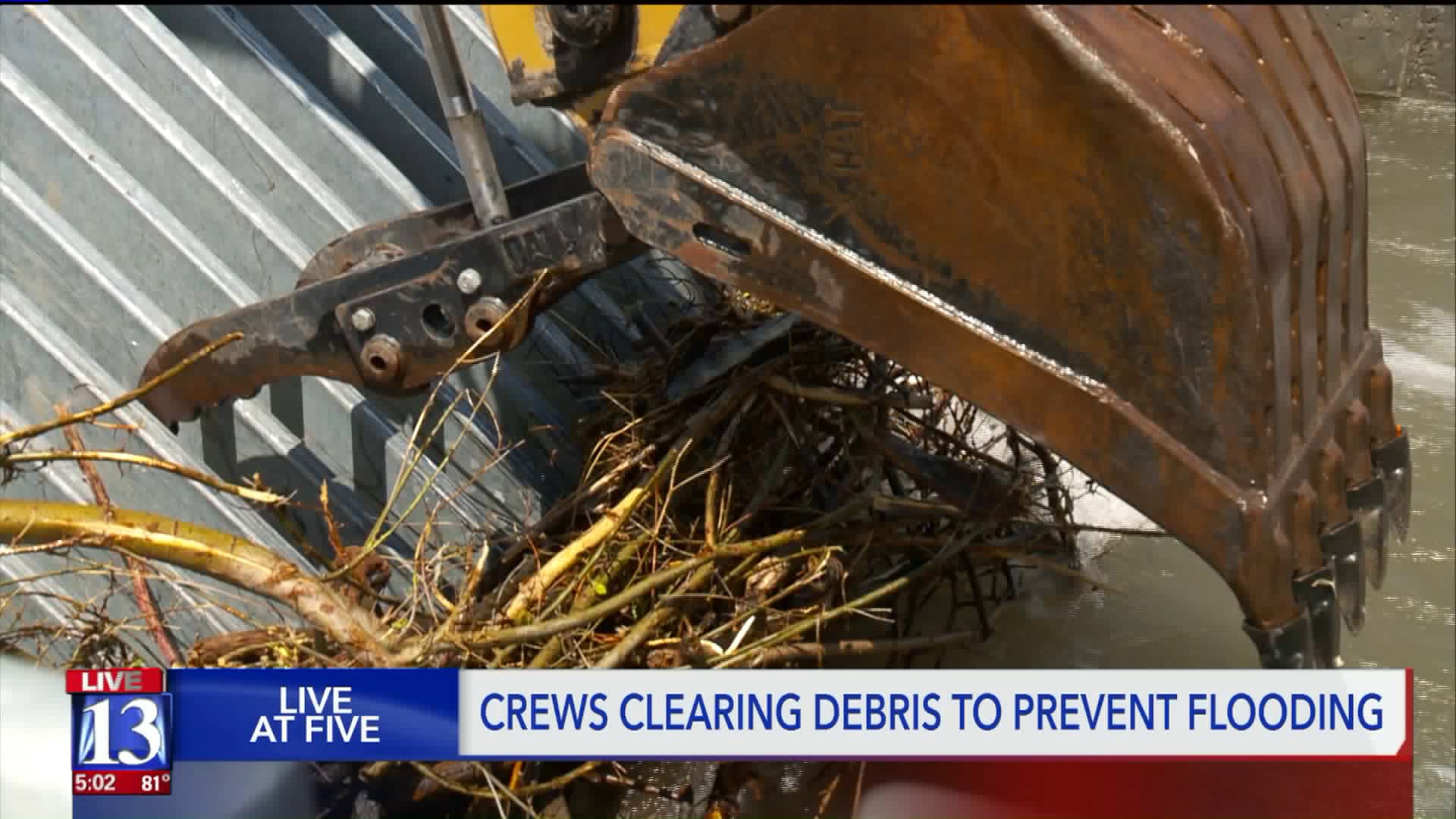 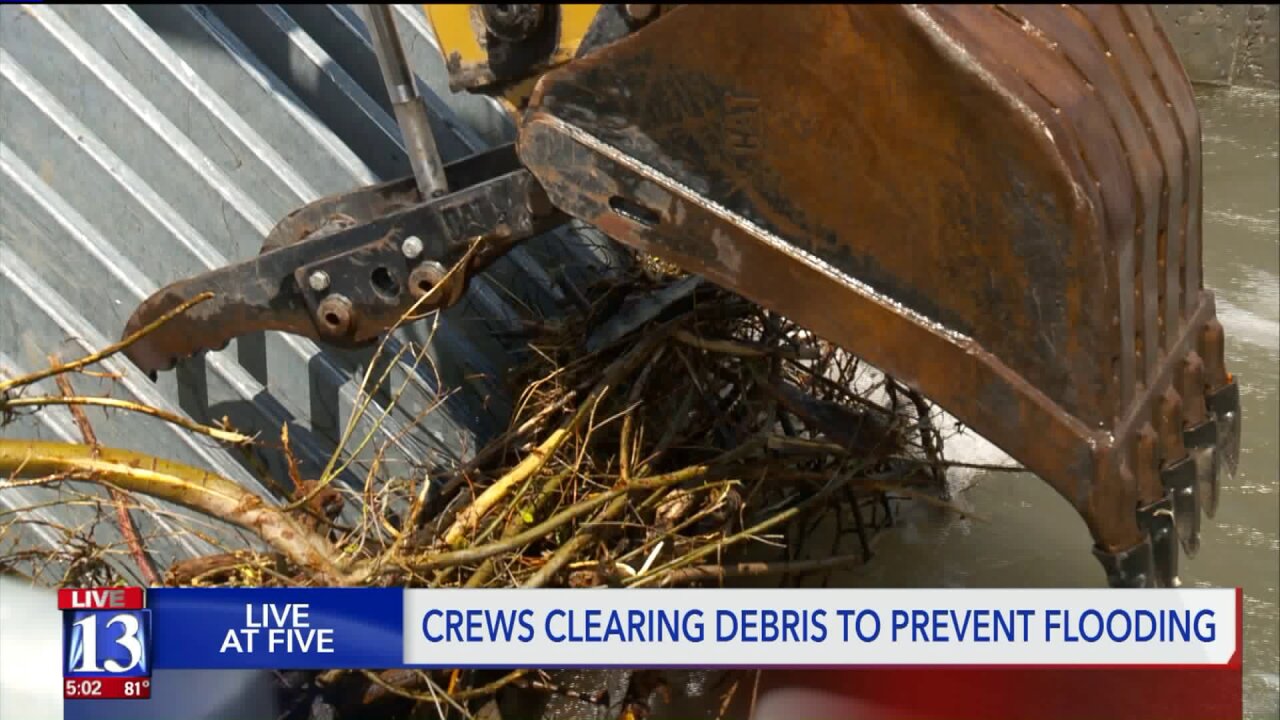 SALT LAKE COUNTY – As the snowmelt comes down, the work and debris continue to pile up for crews in Salt Lake County as they work around the clock to mitigate flood concerns.

“This is our busy time of year, for sure,” said Kade Moncur, the director of Salt Lake County Flood Control Engineering.

As Moncur stood along the banks of the Big Cottonwood Creek, a crew behind him unlocked the gate to access a grate, clogged with debris.

The crew then pulled a claw crane from behind a separate locked area and backed up another truck to put the debris in.

For crews in Salt Lake County, using the heavy machinery to clear waterways is a full-time job.

“We’re out all night, all day,” Moncur said, as he explained how the crews rotate to various creeks, rivers and irrigation canals.

“It’s just a never-ending process for us,” he continued.

As the temperatures go up, the snow melt comes down.

And the more snowmelt there is, the more junk that comes down with it.

“In years where we don’t have as much runoff, there’s a lot of deadfall that collects along the banks,” Moncur said. “So, as we go into our wet year and we have more snowmelt, it rises, comes up higher, and then all of that deadfall gets pulled down into the flow.”

The debris ranges in consistency and size from lawn trimmings and dead grass to small sticks and large branches.

“Some of the biggest concerns we have is culverts, debris grates, bridges plugging with debris,” Moncur said.

“Just think it plugs up, [water] comes up and around the road, then it starts to wash out roads, it starts to erode the banks,” he continued.

So, until the snowmelt stops, crews will continue to work around the clock.

“There’s no way to prevent flooding, but if we can get ahead of the game, ahead of the debris, then we can at least help ourselves out,” Moncur said.