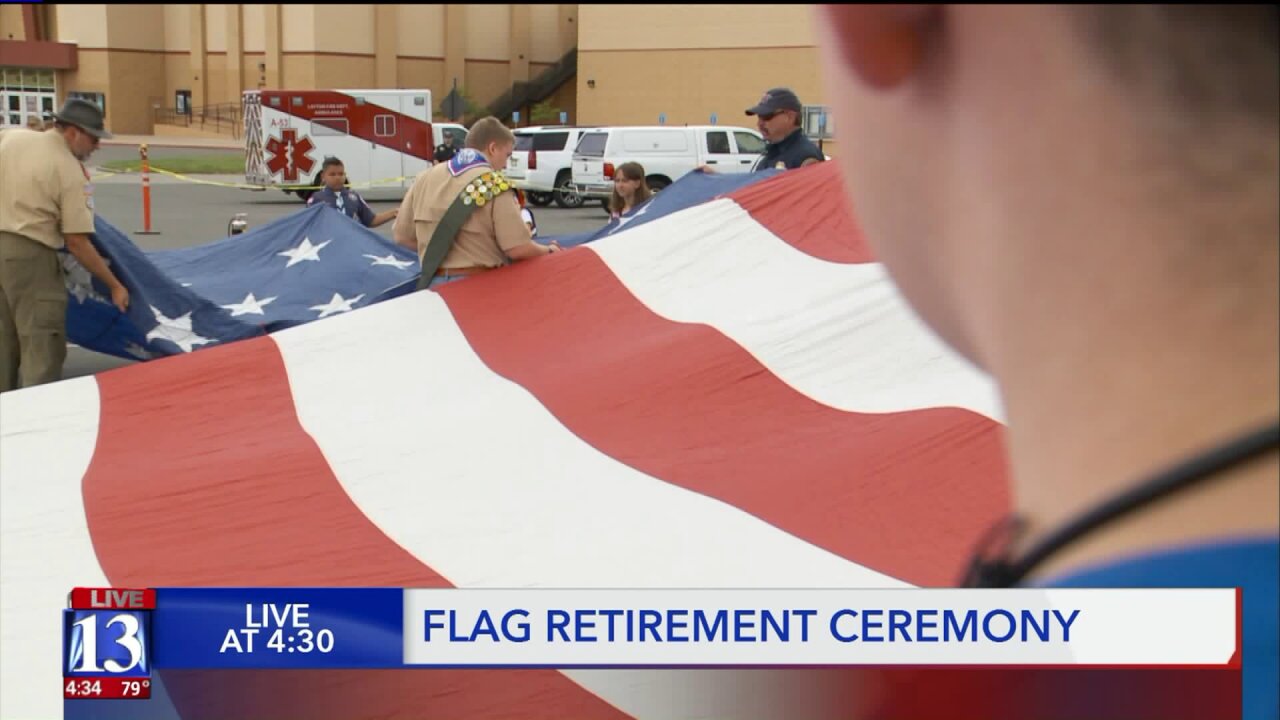 “It helps them understand that the freedoms that we enjoy come at a sacrifice,” said Trapper Trails Council Executive Director Curt Colyer.

Three flags were properly retired: two small ones were burned, and Old Glory, which flies over the mall, was cut up and sent off to be recycled.

For the Rico family, being a part of this ceremony meant more than just retiring the flag.

“They have to cut it in four pieces," said Boy Scout Jeremiah Rico. "One of the pieces is going to be all the stars, and then the other pieces of the flag will be red and white."

For Jeremiah, he’s following in his father’s footsteps by honoring the U.S.

“Their father was just deployed to Afghanistan for a year, and he’s only been out there for a week,” said Jeremiah’s mother, Vanessa Rico.

“It’s humbling. It’s an honor," Vanessa Rico said. "I think I cried out there a little bit."

This isn’t the first time their father, who’s in the Air Force, has been deployed. Recently, he was in Africa for six months.

“He had one of the flags dedicated and flown over Africa for the [Boy Scout] troop,” she said.

Troop 344 now has that flag, and it was used in Friday's ceremony.

“I know their dad would be very proud,” she said.

Vanessa Rico says it’s hard to be a single mother while he's away, but she has great kids who help out.

“Sometimes it’s hard for him to understand what he’s doing, but we’re so very proud of him and we keep him in good spirits when he gets down," she said. "But he knows that he’s doing it for us, and we have a great community behind us, supporting us."

She says while her husband couldn’t be at the ceremony today, she’s going to make sure he doesn’t miss out.

“Care package is going out for sure, with pictures,” she said.