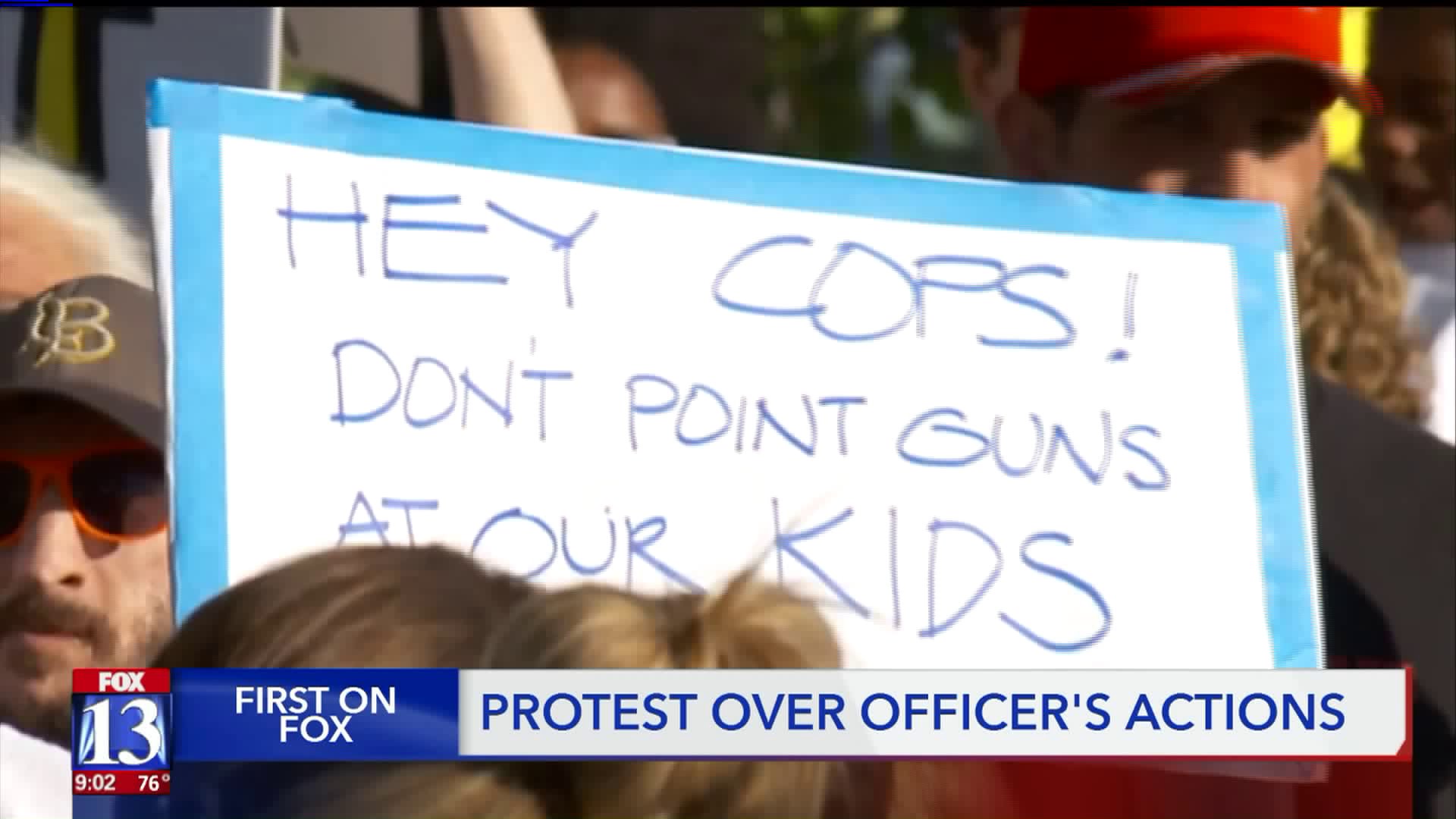 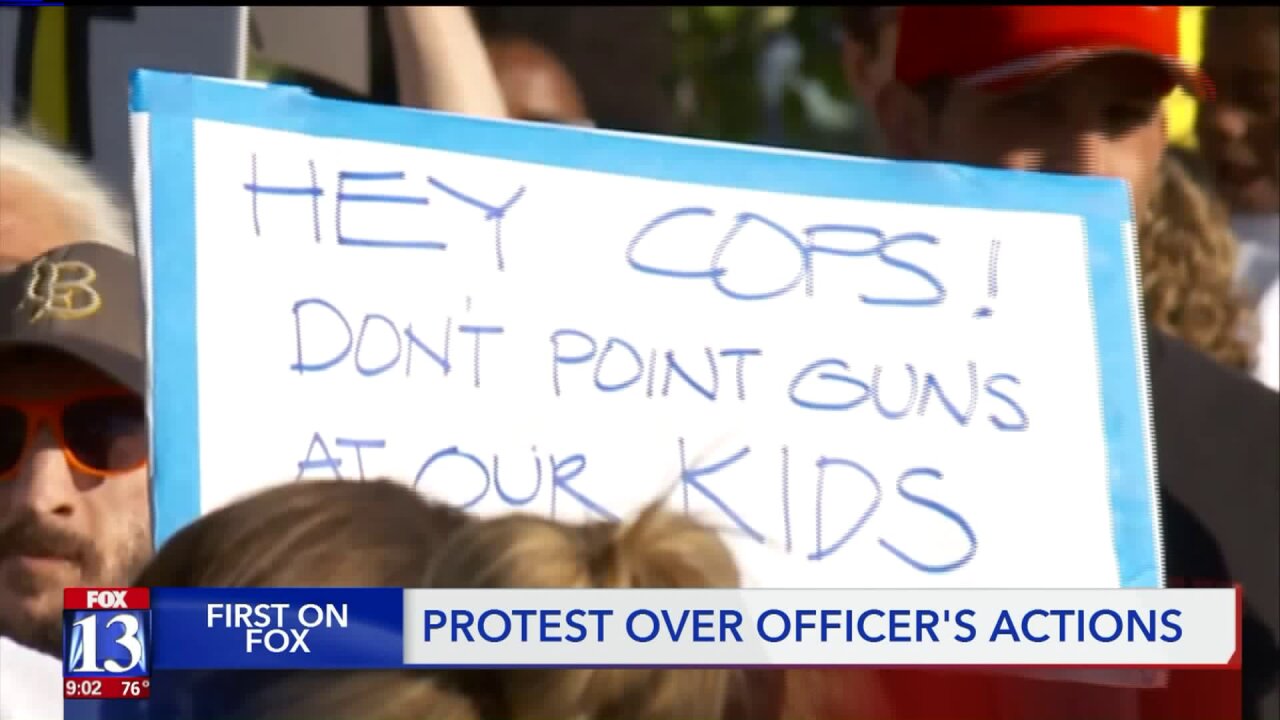 They are demanding answers and change after a Woods Cross officer pulled his gun on a 10-year-old boy who is black.

“I do believe it was a hate crime,” said Lex Scott with Black Lives Matter Utah, the organizer of the protest. “That child was targeted because of his skin color.”

Woods Cross Police Chief Chad Soffe confirmed, the officer commanded D.J. to get on the ground and pulled his gun.

The boy’s mom claimed the gun was pointed at D.J.’s head. Police said the gun may have been pointed at the boy.

As they held signs and shouted chants just feet away from the police station’s front door, protesters demanded accountability for an action they believe should have never happened.

“If the woman coming out of the door screaming, ‘That’s a child,’ was a black woman, I’m convinced D.J. would be dead,” said Josianne Petit, a protester.

The protesters want a full investigation and the officer involved to face discipline.

In a statement, Woods Cross police said their goal is to be transparent.

The department has asked the State to conduct an independent investigation to determine if racial profiling occurred and if the officer should be disciplined or face charges.