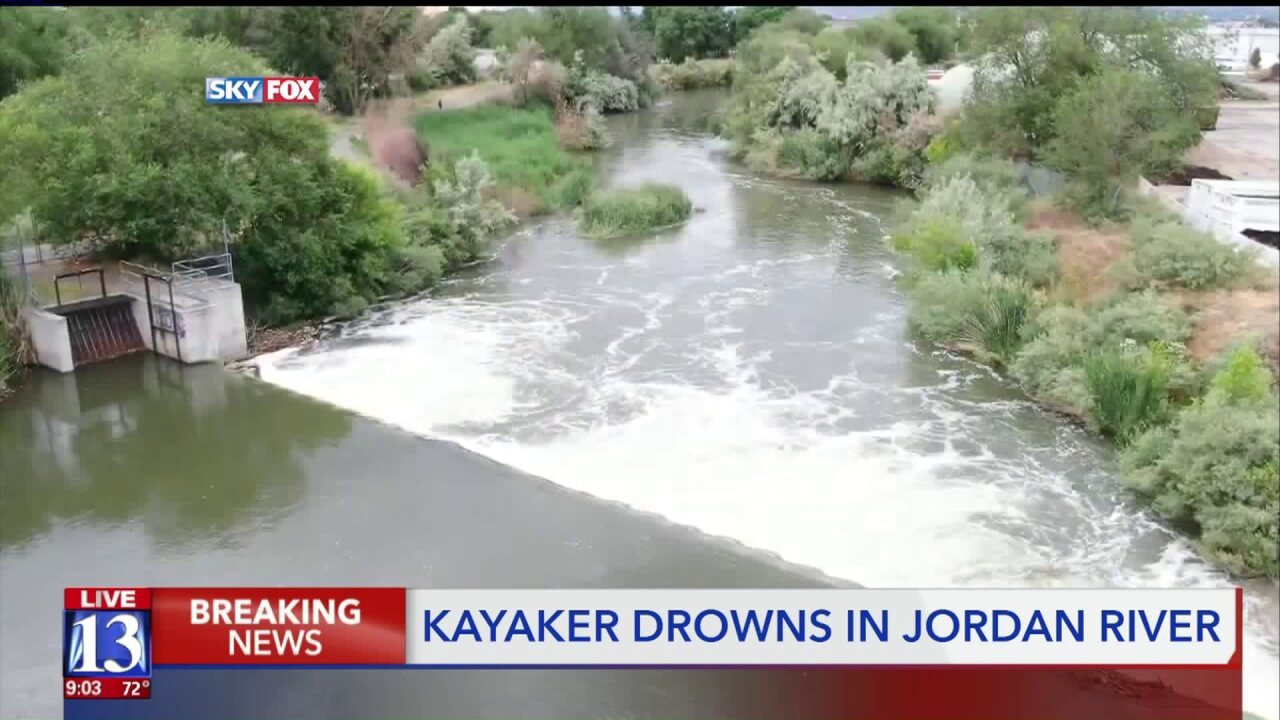 Unified Police Detective Ken Hansen said two kayakers were heading north on the Jordan River, when one of them kayaked over a spillway south of 4500 South.

"He went over the spillway. It flipped him into the water, and then that water coming off the spillway trapped him and it kept him trapped under the water," Det. Hansen said.

Hansen said the man's friend worked hard to pull the kayaker out of the water, and the friend began CPR. Unified Fire Authority and Unified Police responded, and continued the chest compressions.

Ultimately, the kayaker passed away at the hospital, Hansen said.

Even though Hansen said the man was wearing a life jacket, it wasn't enough to save him from the strong undercurrent below the spillway.

"Those spillways, those undertows and water coming from other sources-- It does create those kind of undertow environments, that once it gets him, it keeps him down," Hansen said. "That's what makes it so dangerous."

He said the man was in his 50s, and so is the man's friend. Hansen wasn't sure if they are from the area, or where they got into the river. Hansen said the men were planning to get out of the Jordan River near North Temple.

The name of the kayaker has not yet been released.