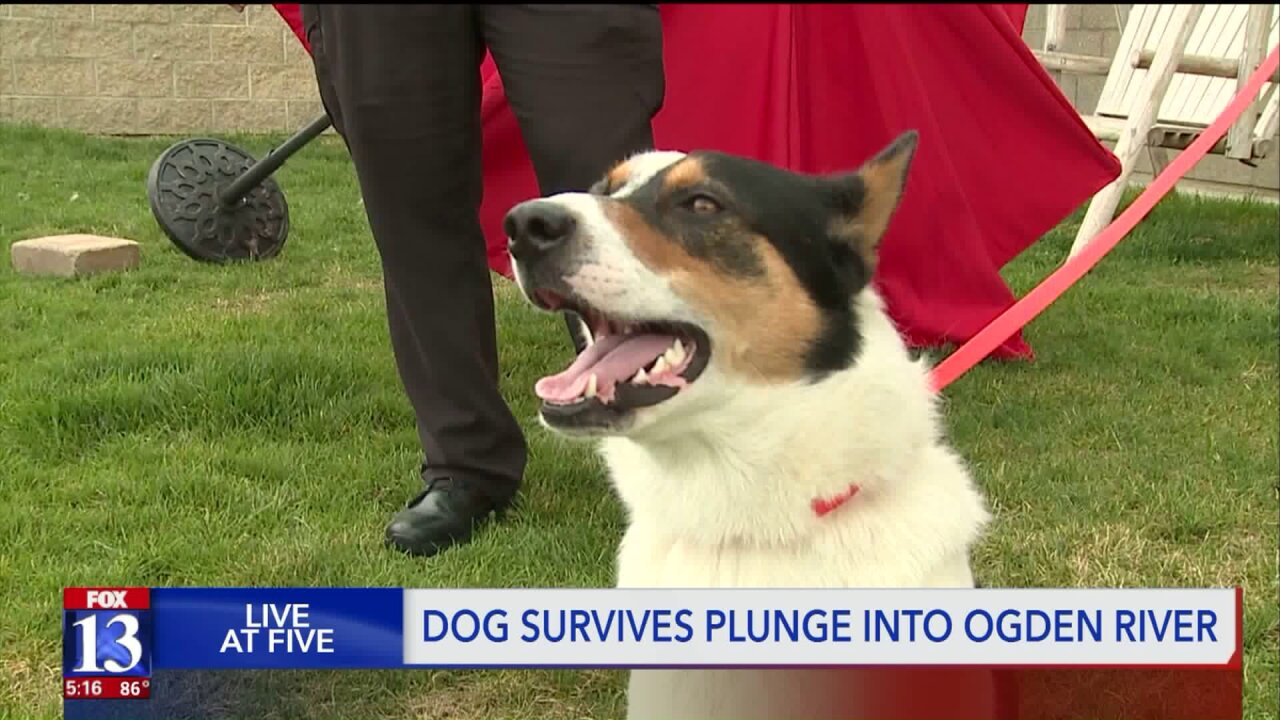 OGDEN CANYON, Utah — A dog is unhurt after being rescued from a car that plunged into the Ogden River Tuesday.

When rescuers got to the crash two miles up the canyon, the car was upside down in the Ogden River.

Weber County Sheriff’s Lt. Courtney Ryan said Stephanie Perry was driving fast near the river when the car crashed around 10:00 p.m. Tuesday. Ryan said Perry ran off after people nearby helped her get out, leaving Swift was in inside.

“To me, it’s like leaving your kid in the car and abandoning your child in a vehicle upside down in a river,” Ryan said.

Weber County Search and Rescue got into the river but couldn’t get the dog out. The rescuer tied a harness and secured him inside the car. Crews then lifted the car out of the water with Swift buckled up.

“All out lucky circumstance for everybody involved,” Ryan said.

Ryan said the dog’s owner was picked up Wednesday and booked into jail. She was wanted for violating probation. Investigators also suspect alcohol was involved.

The dog now being cared for at the Weber County Animal Shelter. He’s been named “Swift” since the rescue in fast-moving water. Dog Tech Kenzie Kidder said he doesn’t have a scratch on him.

“This dog is a miracle. He’s been getting lots of treats and what not. He’s just so lucky to be alive. Not only that, he acts like nothing happened,” Kidder said.

The dog will remain on hold for the driver to come pick it up in the next couple of days. If she doesn’t, it will go up for adoption.