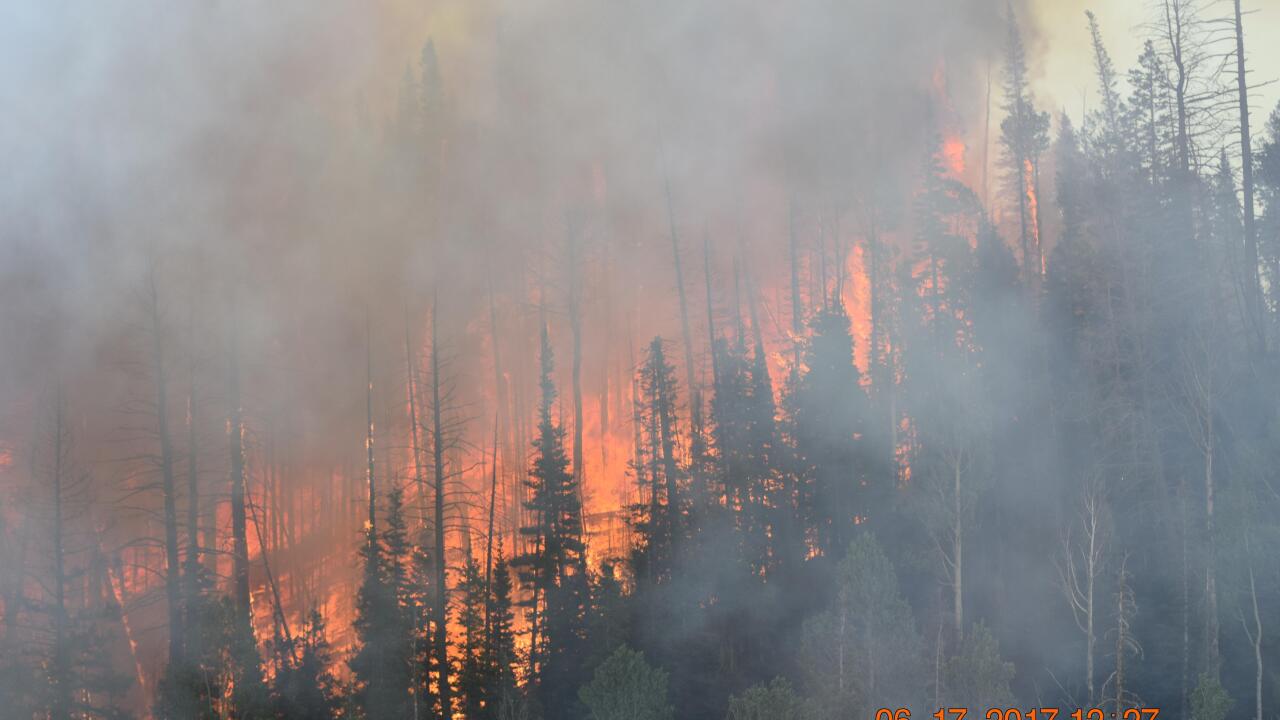 PROVO, Utah -- Prosecutors have filed amended charges against the man accused of sparking the massive Brian Head Fire, so now the case starts all over.

During a brief court hearing for Robert Ray Lyman on Thursday, Iron County prosecutors announced they had filed charges of reckless burning/endangering a human life, a class A misdemeanor; and burning during a closed fire season, a class B misdemeanor.

"Anytime you amend a charge where it's a class A misdemeanor or above, the defendant has the right to reinstate the preliminary hearing," Iron County Attorney Chad Dotson told FOX 13.

Because the charges were amended, 4th District Court Judge James Brady allowed Lyman to withdraw his previous not guilty pleas.

Lyman, 63, is accused of starting the 2017 Brian Head Fire that burned more than 71,000 acres, evacuated more than 1,000 people, destroyed buildings and cost more than $40 million to fight. Prosecutors allege Lyman was burning weeds on his property in southern Utah when it got out of control.

The case was moved from Cedar City to Provo after Lyman's attorney argued pre-trial publicity and community "hatred" made it necessary to have it tried outside of southern Utah.

Judge Brady scheduled a preliminary hearing for late July, where he will decide if there is enough evidence to make Lyman stand trial. Dotson said Iron County intended to seek restitution, if Lyman is convicted.

"It's up in the millions of dollars," he said. "There are a lot of people who have put claims in, including the federal government, state government and private parties who lost cabins and things of that nature."