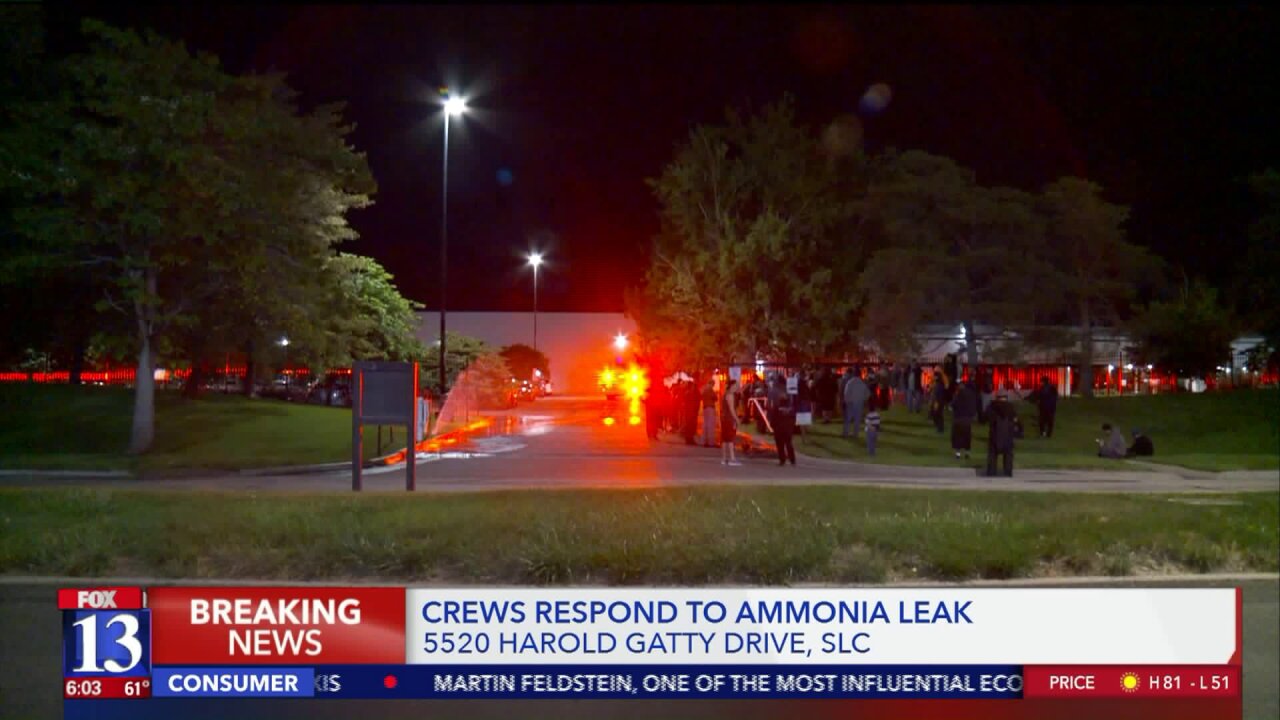 SALT LAKE CITY – A business was briefly evacuated early Wednesday morning due to the odor of ammonia.

The people inside the business had already self-evacuated after smelling ammonia, which is often used for refrigeration in large warehouses.

Hazmat crews entered the building to shut off the main ammonia valve. No measurable levels of ammonia were detected in the building after the leak.