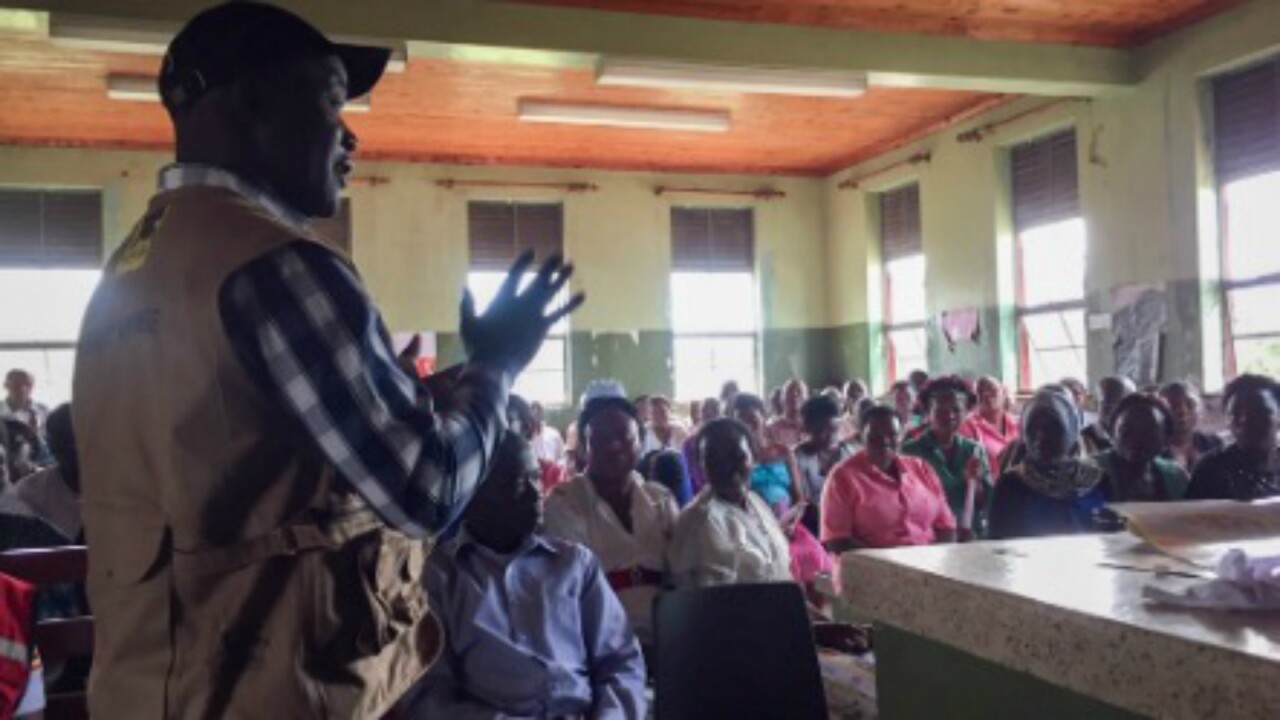 The Ebola outbreak in the Democratic Republic of Congo made the long-feared jump across borders with three cases confirmed Wednesday in Uganda, including the death of a 5-year-old boy who had the virus.

The World Health Organization and Ugandan health authorities said Tuesday the Congolese boy had traveled from Congo on Sunday, entered Uganda with his family and sought medical care.

The other two confirmed cases are the boy’s 3-year-old brother and his grandmother, 50. They are being treated under isolation at the Bwera Hospital Ebola Treatment Unit, in the west of Uganda, the country’s Ministry of Health said.

In a tweet Wednesday, WHO said the boy died Tuesday night.

“The young patient – 5- year-old index case of #Ebola died last night. Two more samples were sent to UVRI and have tested positive. We, therefore, have three confirmed cases of #Ebola in #Uganda,” the tweet said, referring to the Uganda Virus Research Institute.

The ministry added that eight people who had been in contact with the family were being traced.

The Congo outbreak is both the second largest and second deadliest Ebola outbreak in history.

More than 1,300 people have died since it began in August. The epicenter is in North Kivu and Ituri provinces, among the most populous in the Congo and bordering Uganda, Rwanda and South Sudan.

Concern had been mounting that the infectious disease would cross the border, underscored by an increase in the number of cases in recent weeks.

Pressure on WHO to declare international emergency

Dr. Jeremy Farrar, director of Wellcome Trust, a UK medical research charity, said that while Uganda was well-prepared to cope with the disease, global health authorities should be ready for more cases in the Democratic Republic of Congo and other neighboring countries.

“This epidemic is in a truly frightening phase and shows no sign of stopping anytime soon,” he said in a statement.

“There are now more deaths than any other Ebola outbreak in history, bar the West Africa Epidemic of 2013-16, and there can be no doubt that the situation could escalate towards those terrible levels.”

Uganda’s Health Ministry said the boy and his grandmother had been vomiting blood, a severe symptom of Ebola, when they had presented themselves to doctors.

“Ebola is a horrific illness that ravages the human body,” said Brechtje van Lith, Save the Children’s country director in Uganda. “This first death, of a child, is a sickening reminder of the dangers of this disease.”

Unlike the outbreak in West Africa that killed more than 11,000 people, there are now vaccines and experimental treatments to help stop the spread of the disease.

However, the Congo outbreak has proven difficult to bring under control because of community mistrust and violent attacks on health care workers.

“A step up in the national response with full international support is critical if we’re to contain the epidemic and ensure the very best protection for the communities at risk and for the health workers working to protect lives,” Farrar said. “This needs to be championed at the highest political levels, including at the UN and the upcoming G20.”

Uganda’s health ministry said it was vaccinating front-line health workers and people who had been in contact with the family. It said people should report any symptoms including unexplained bleeding from any body opening, vomiting of blood, bloody diarrhea and muscle pain.

It appealed to the public to “suspend social norms like shaking hands and hugging” and called on border districts to suspend mass gatherings such as weddings and markets and in places of worship.