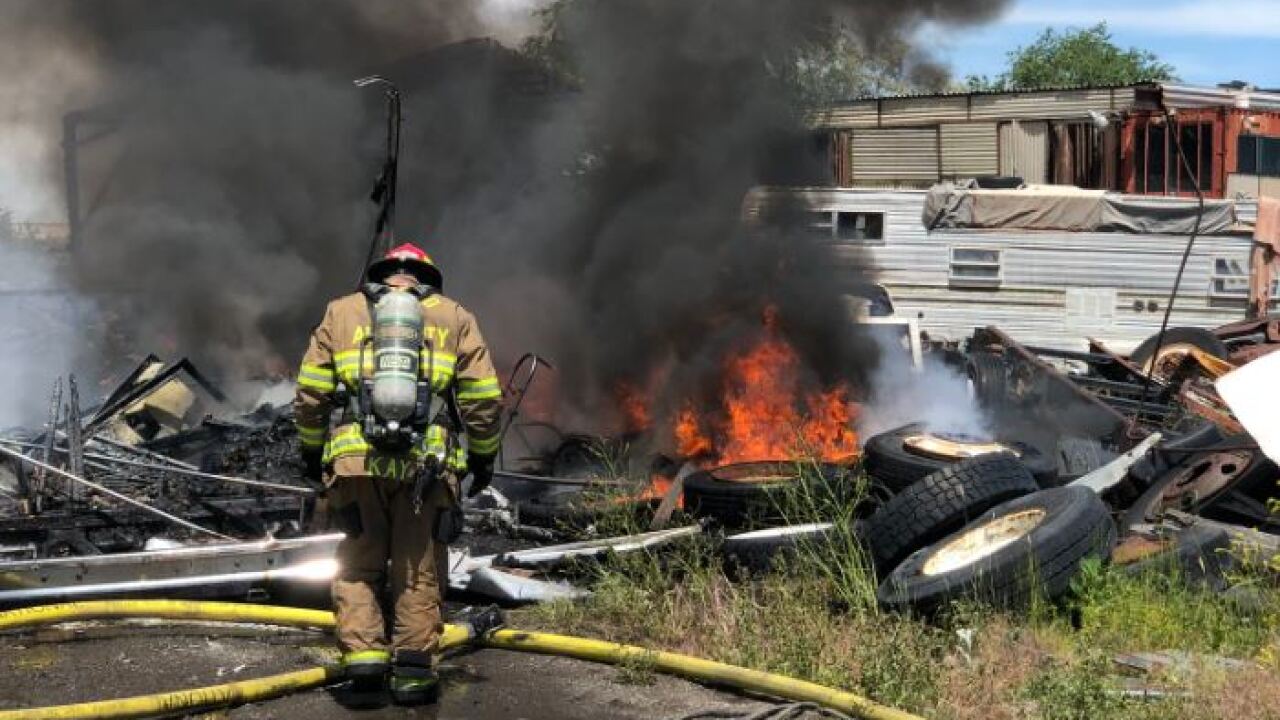 SALT LAKE COUNTY, Utah — Crews are responding to a structure fire in Magna and northbound 7200 West is closed from SR-201.

Crews have closed northbound 7200 West to allow firefighters to set up a hose supply line.

Dispatchers described the blaze as a field fire, but Salt Lake City Fire later called it a structure fire while Unified Fire stated it appeared to be a trailer fire.

No further details about the size and cause of the fire were immediately available.