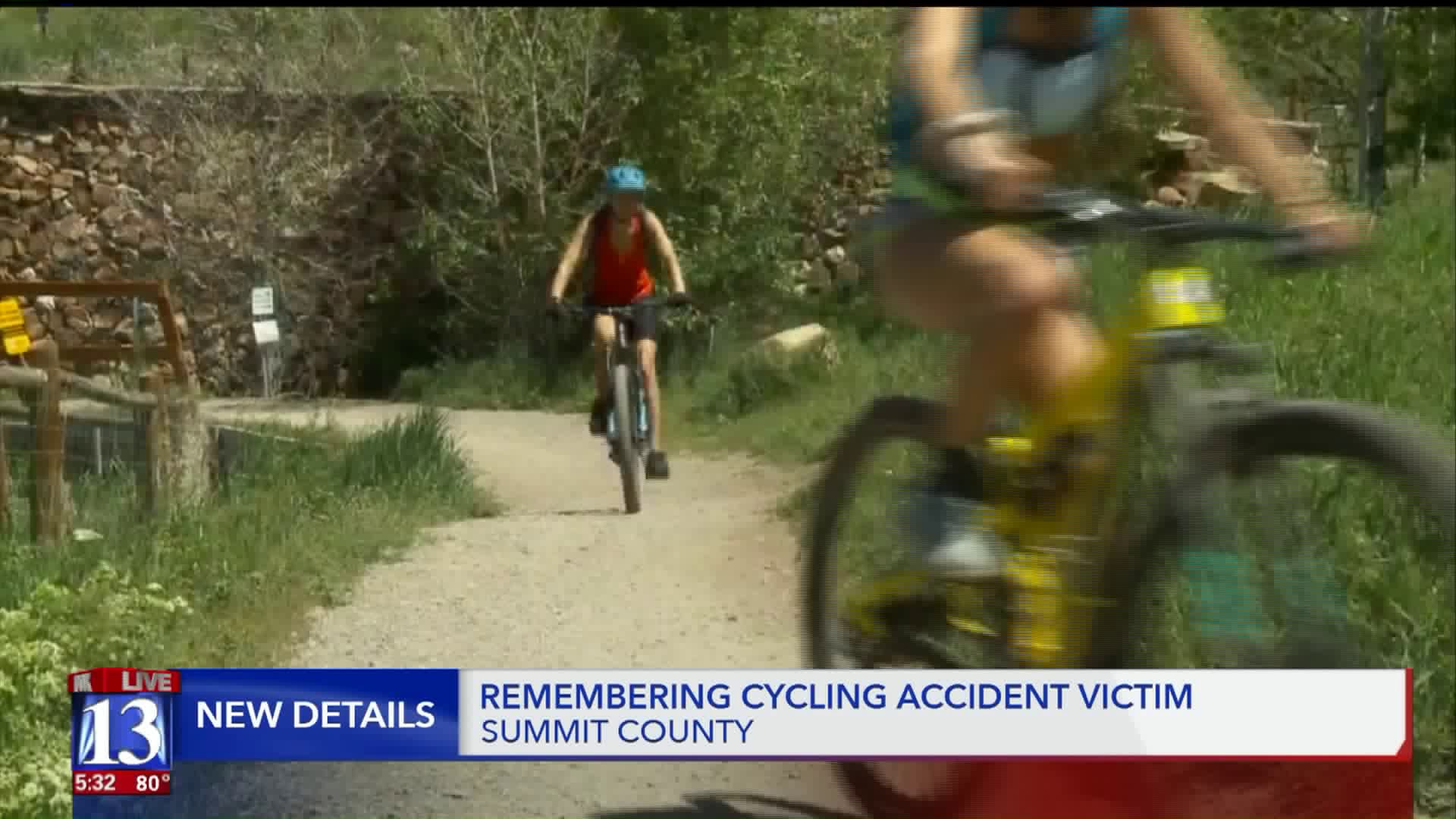 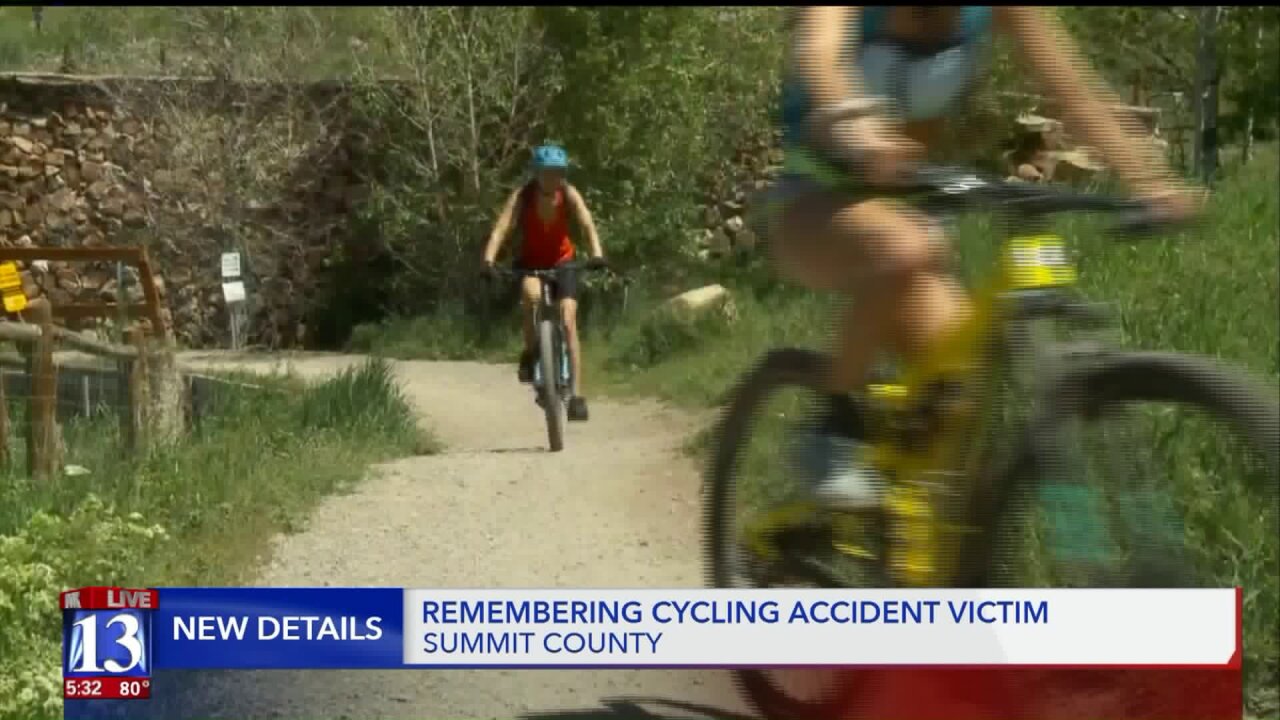 PARK CITY, Utah — The Park City mountain bike community is mourning the loss of a fellow rider who died on a local trail Monday night.

Police say 68-year-old Cynthia Schwandt was found by a group of fellow mountain bikers around 7 p.m. Monday on the Fox Tail Trail. They called 911, but by the time emergency crews made it there, it was too late.

While mountain biking with her daughter Tuesday morning, Jamie Stern carried an extra weight up the trail.

“This is a huge tragedy for our community,” Stern said.

She had just learned about the previous night's accident.

“All of the mountain bike riders out there know that crashes are inevitable,” Stern said.

“Right now, it appears to be an injury. We don't know if there was an underlying medical issue,” Carpenter said.

She was wearing a helmet but still appeared to have injuries on her head.

“She is an experienced mountain biker, and I know she's very active," Carpenter said. "She's very loved by the community."

Police say it appears she was riding alone, which can be extremely risky.

“With any adventure sport, there's always a risk. I think all you can do is minimize it. Stay in control, wear a helmet, ride with a buddy,” Stern said.

If you don't have someone to ride with, Stern says there are plenty of avenues to find a buddy in the tight-knit biking community.

“There are a lot of group rides and coalitions and things going on in Park City where you can find someone to ride with,” she said.

Schwandt's body was airlifted and taken to the medical examiner's office where they are determining the official cause of death.