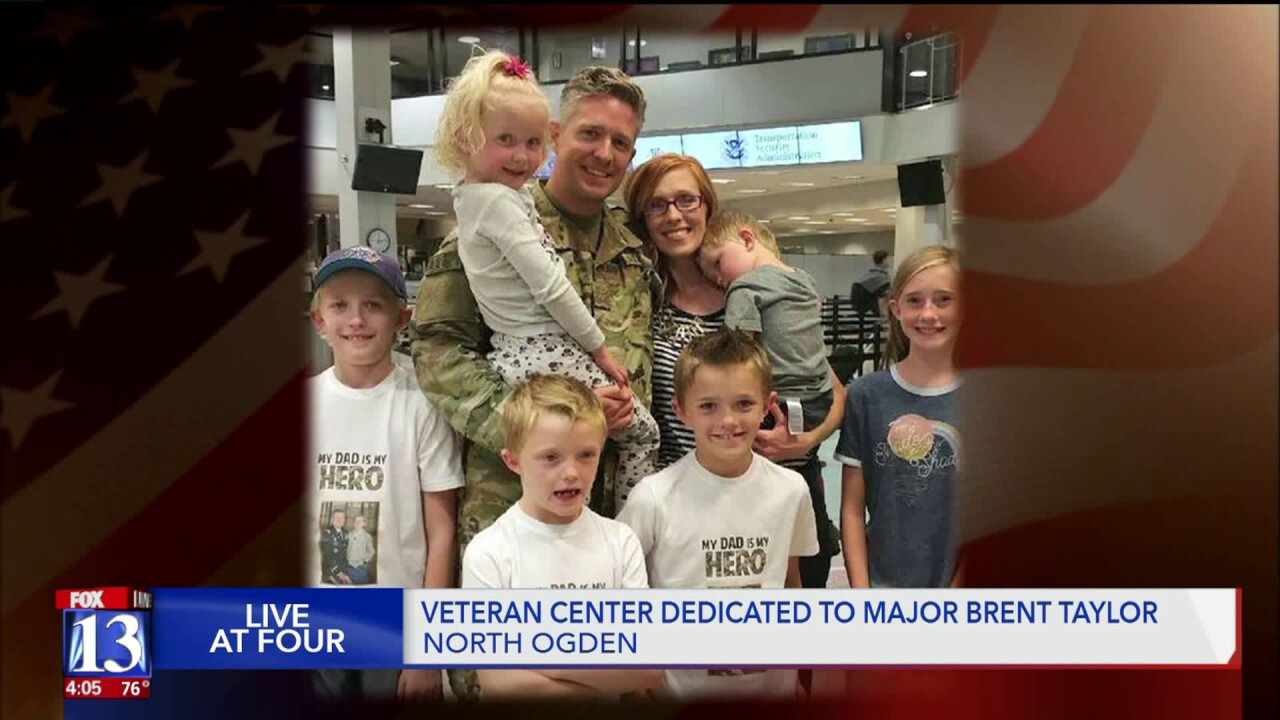 NORTH OGDEN, Utah — Maj. Brent Taylor was a man who loved being the mayor of North Ogden, but even more than that he loved being an American. He loved putting on the uniform, wearing the American flag on his shoulder, and serving his country.

People in North Ogden have never forgotten their mayor — a man who left his post in the middle of his term to make the ultimate sacrifice.

"He asked me to take his place, and that was a bit traumatic," said current North Ogden Mayor Brent Chugg.

He was only supposed to keep the seat warm until Mayor Taylor returned.

But she's proud to see what he left behind: seven children, and now another piece to his legacy as the North Ogden Veteran Center was named after her fallen soldier.

"It means everything. It means he gets to live on. It means a piece of him gets to live on," Jennie Taylor said. "It means hopefully we and our children will stand on his shoulders. Other people who maybe never met him can be inspired by his story and that legacy of leadership in service."