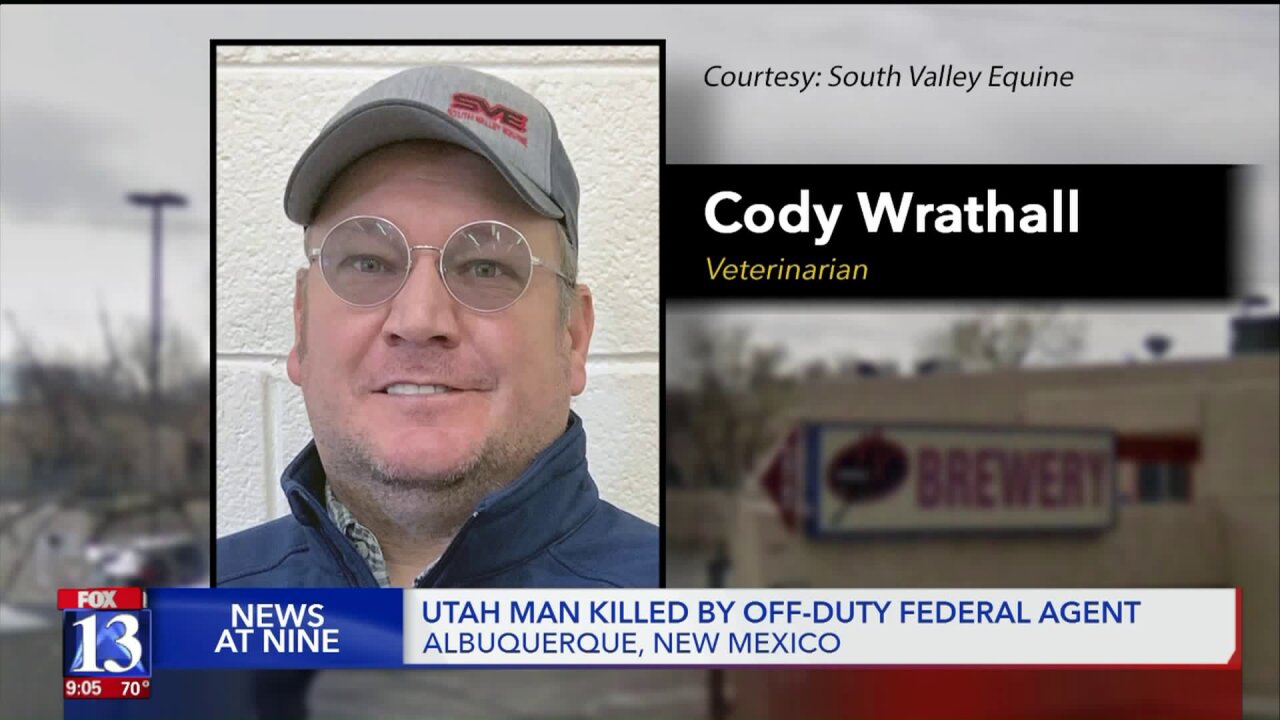 An off-duty federal agent shot and killed Cody Wrathall, 43, at a brewery in Albuquerque, KOAT reported.

According to investigators, witnesses saw Wrathall pull out a gun, and at least one agent shot him in order to protect a woman inside.

Albuquerque Police Department said they got a call around 9 p.m. from a woman at the brewery who said she was being stalked, but APD would not confirm Sunday if Wrathall was the man to whom she was referring.

It was also unclear if Wrathall ever fired his weapon before the agent shot him.

"There was no altercation that we saw. It just happened quickly," said Faith Hibbs-Clark, who said she was there at the time of the shooting.

He was a veterinarian with "South Valley Equine" in Utah.

Last year, Wrathall faced disciplinary action by the Utah Division of Occupational and Professional Licensing for self-medicating with drugs he received from a veterinary clinic.