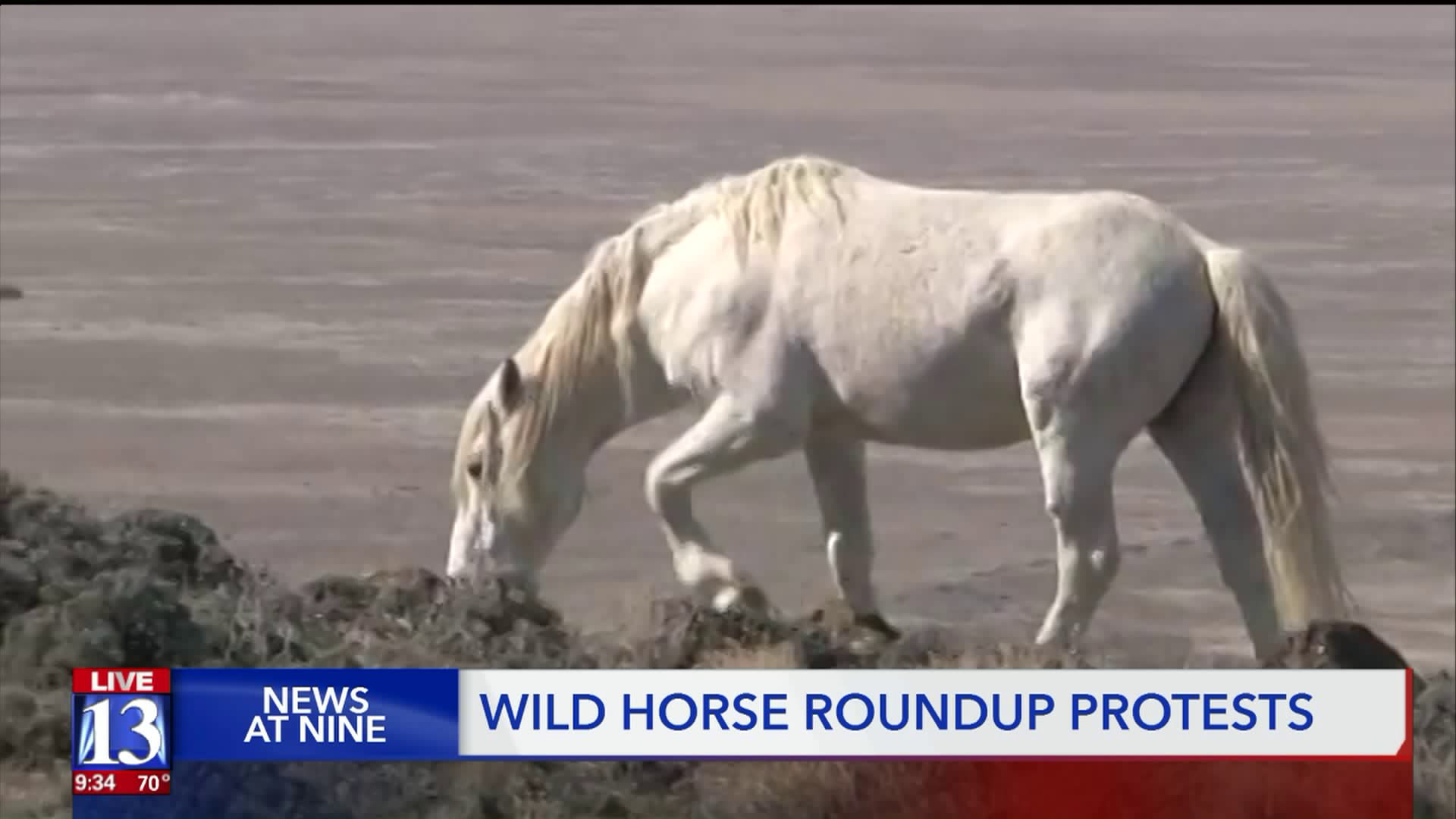 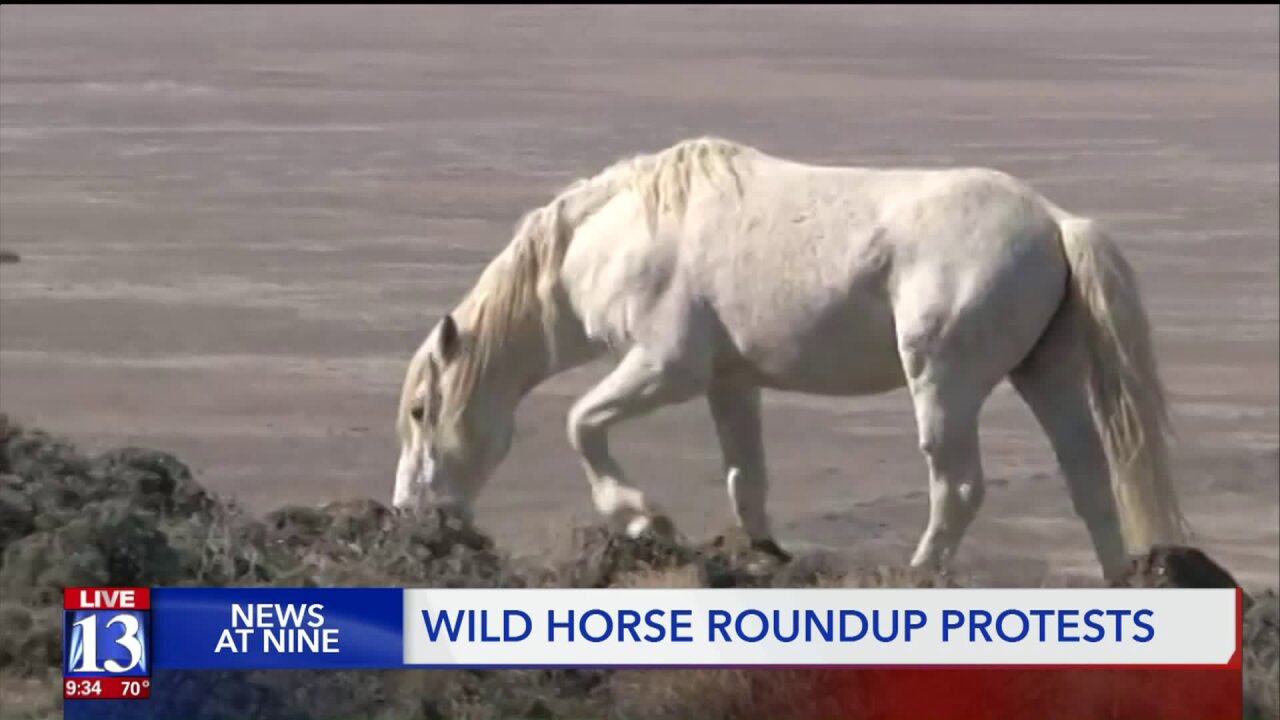 SALT LAKE CITY — A coalition of wild horse advocacy groups gathered on the steps of the Utah State Capitol on Monday to protest planned round-ups of wild horses later in the summer.

"Personally, I think they round up the horses too often," said Michael Powell, one of the protesters.

The round-ups are meant to help control the population of horses, which the Bureau of Land Management says is far above acceptable levels.

The BLM estimates a total nationwide population of 88,000 wild horses on rangeland that should only have 26,000 or so.

Those estimates, however are based on balancing the herd with the needs of ranchers, shepherds and other wildlife. That metric rankles activists who say the federal government subsidizes the relatively small industry of cattle grazing to the detriment of the horses.

On the other side of the issue, Utah Congressman Chris Stewart has pushed for more active management. The Utah State Legislature has assisted the BLM and rural counties in their efforts to push for population control.

Stewart said part of the issue is that the horses themselves suffer — some of them starving.

"If you care about these animals like I do, we can't continue with what's happening here," Stewart told a Congressional Committee in May of 2016, holding a picture of an emaciated mare with her foal.

"They actually push cattle and elk and deer away from those water holes. It's become a real problem in Beaver County," said State Representative Carl Albrecht, arguing for money to help Beaver County fight a lawsuit to force the federal government to dispose of more horses.

The activists at the Capitol say it’s really about helping ranchers and not about easing the pain of horses or saving the range for other wildlife.

“We want everyone to know that there is more to the story,” said Kristen Bullock, pointing to a picture of a healthy wild mare and foal.

Population control in the case of wild horses means, in part, rounding some up and training them for adoption. But a program to cull the herd to levels considered acceptable to the BLM would mean killing tens of thousands of the animals or sterilizing them, and efforts at sterilization have not been successful, according to the BLM website.

There are few subjects in the American West that epitomize the tug of war between environmentalists and ranchers as much as the management of the iconic animal.

Wild horses aren't indigenous to the American continents, but they may trace their lineage back further than the Mayflower, to the animals brought into what is now Mexico by Spaniards.

Still, they don't have natural predators, meaning the only threats to overpopulation are resource availability and human management.