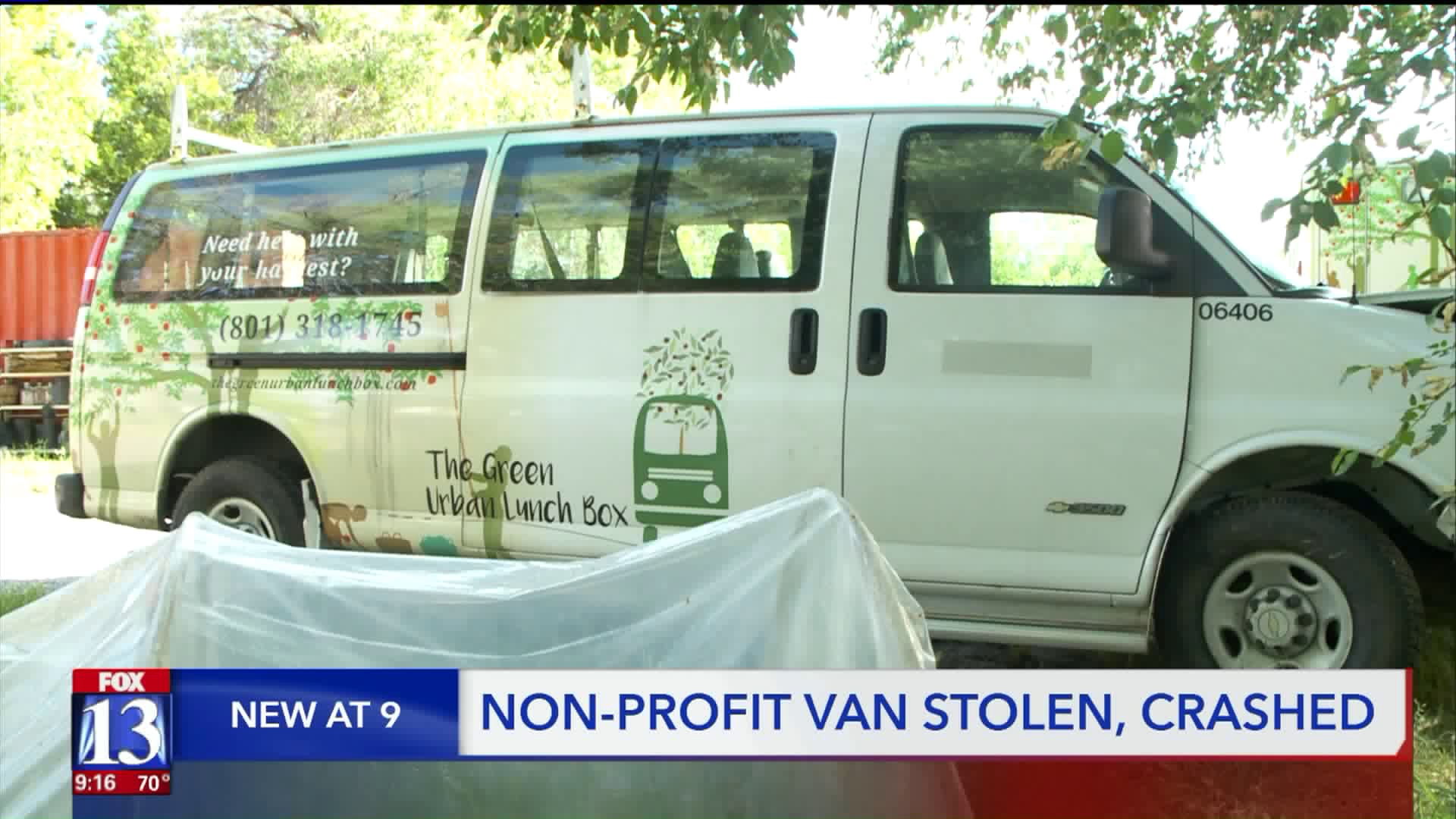 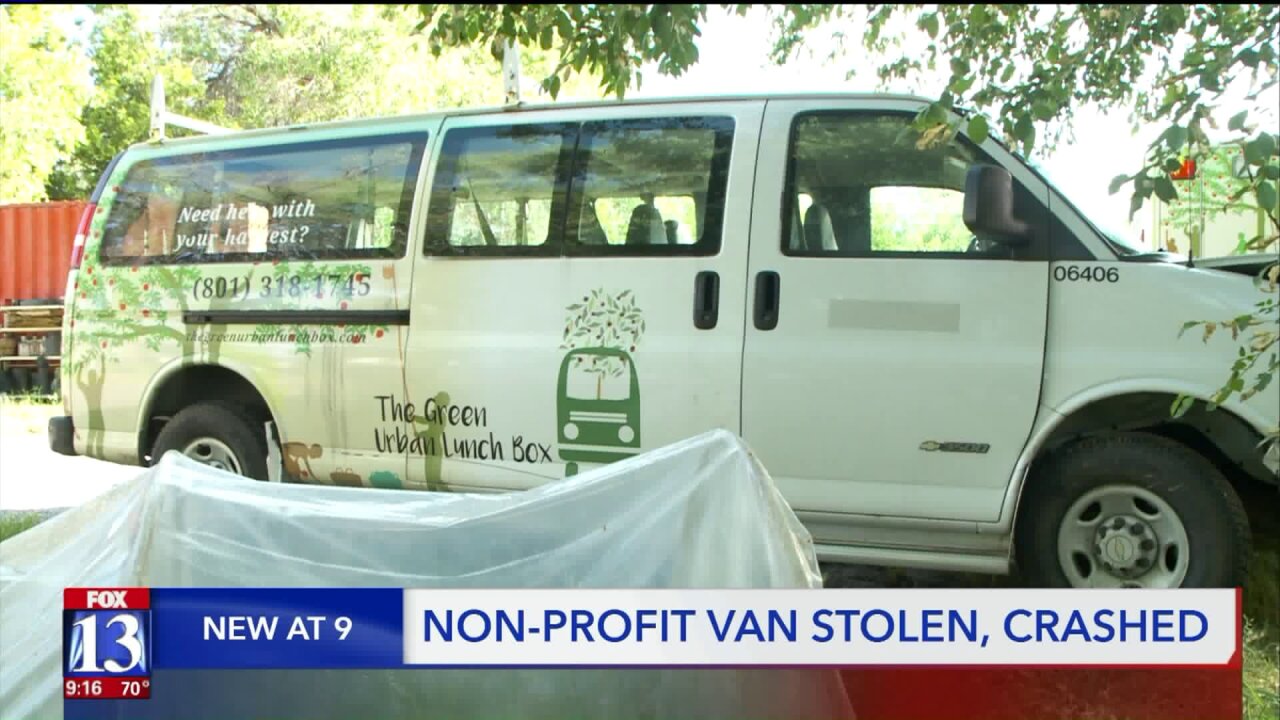 SOUTH SALT LAKE, Utah – A local nonprofit that aims to eliminate food waste and feed under-served community groups is concerned for their upcoming harvest after one of their delivery vans was stolen and totaled.

For the folks at the Green Urban Lunch Box, food is more than fuel – it’s a passion.

“Fruit that would otherwise go to waste on somebody’s lawn is now being utilized by the local community and given back,” Mann said.

But this harvest season, the group could be unable to provide as planned after someone stole, totaled and ditched one of their only two delivery vehicles.

The van had been stolen from their land and was involved in a hit and run accident before being ditched in a parking lot about 10 blocks away.

“We’re not able to harvest as much, we’re not able to distribute the fruit in a timely manner and be able to move it around as needed to the different communities,” Mann said expressing concerns for food waste and those left without fresh produce.

“Poor Tony, he’s seen better days,” Mann said as he walked up to the damage on the front left side.

“It’s bent into the engine, and of course this light fell off, I did cut off the bumper a little bit so I could drive it, the axle has some damage and of course the alignments off,” Mann said as he pointed out the repairs that needed to be made.

The organization does have liability insurance, but that does not cover theft, leaving a $5,600 repair estimate that they don’t have the funds to fix.

“We’re pretty much strapped for cash. Once you have the grant funding for your services and paying staff, you’re really just running on fumes as a non-profit,” Mann explained.

Green Urban Lunch Box does have another van, named ‘Bertha,’ but without Tony, they don’t know how they will keep up.

“It pains my heart because that’s our whole mission as an organization," Mann said. "To eliminate food waste and distribute it to those in need."

Still, without any green in their wallets, they’re still hoping for greener days ahead.

“It’s a really unfortunate turn of events, but with darkness, there’s always light, so we’re hopeful,” Mann said as he tapped the hood with his knuckle.

The group has started an online fundraising page, in the hopes of getting Tony repaired before harvest. You can find that here.