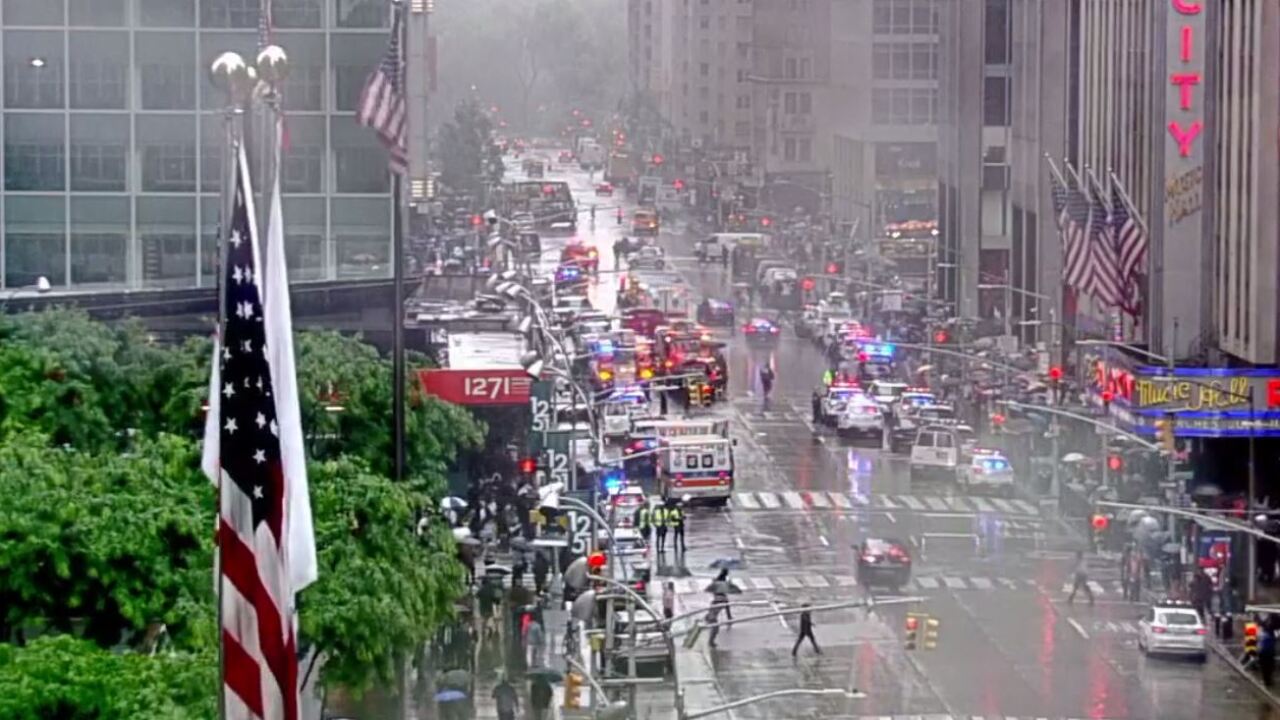 At least one person was killed in a helicopter crash on the roof of a building in Manhattan, according to law enforcement officials.

New York Gov. Andrew Cuomo said a preliminary investigation showed the helicopter made a hard, forced landing on the roof of 787 7th Avenue and a fire ensued. He said people in the building said they felt the building shake.

The FDNY said the helicopter crash-landed on the building.

“The fire has been extinguished, and members continue to operate in response to fuel leaking from the helicopter,” the FDNY said.

“Preliminary information is that there was a helicopter that made a forced landing, emergency landing, or landed on the roof of the building for one reason or another,” Cuomo said.

Casualties were involved with the helicopter, he said.

FDNY said firefighters were making their way to the top of the 51-floor building and the building was being evacuated.

The helicopter pilot is dead, FDNY Spokesman Myles Miller told CNN. It was not immediately clear if that was the same person as the one reported as dead.

The NYPD said to avoid the area of West 51st Street and 7th Avenue due to the ongoing investigation and to expect emergency vehicles and traffic in the area.

At the time of the incident, moderate to heavy rain was falling in the city and visibility at Central Park was down to only 1.25 miles. Winds were from the east at 9 mph.

Video from the scene showed dozens of emergency vehicles with lights flashing. About 100 Fire and EMS units have responded, according to FDNY. There are 25 fire department units on scene.

“It took a half hour to get from the 29th floor down to the ground floor. There were just too many people, it was too crowded, and everybody was trying to get off on all the floors at the same time,” he said.

“You could feel the building shake, and you could actually hear the alarms.”

He said when alarms went off, security told people to evacuate the building via the stairs and not the elevators.

“We could feel it when it hit but no one knew what it was,” he said.

Cuomo said the incident brought back memories of the September 11, 2001, terrorist attacks for New Yorkers.

“If you’re a New Yorker, you have a level of PTSD from 9/11,” he said. “And I remember that morning all too well. So as soon as you hear an aircraft hit a building, my mind goes where every New Yorker’s mind goes.”