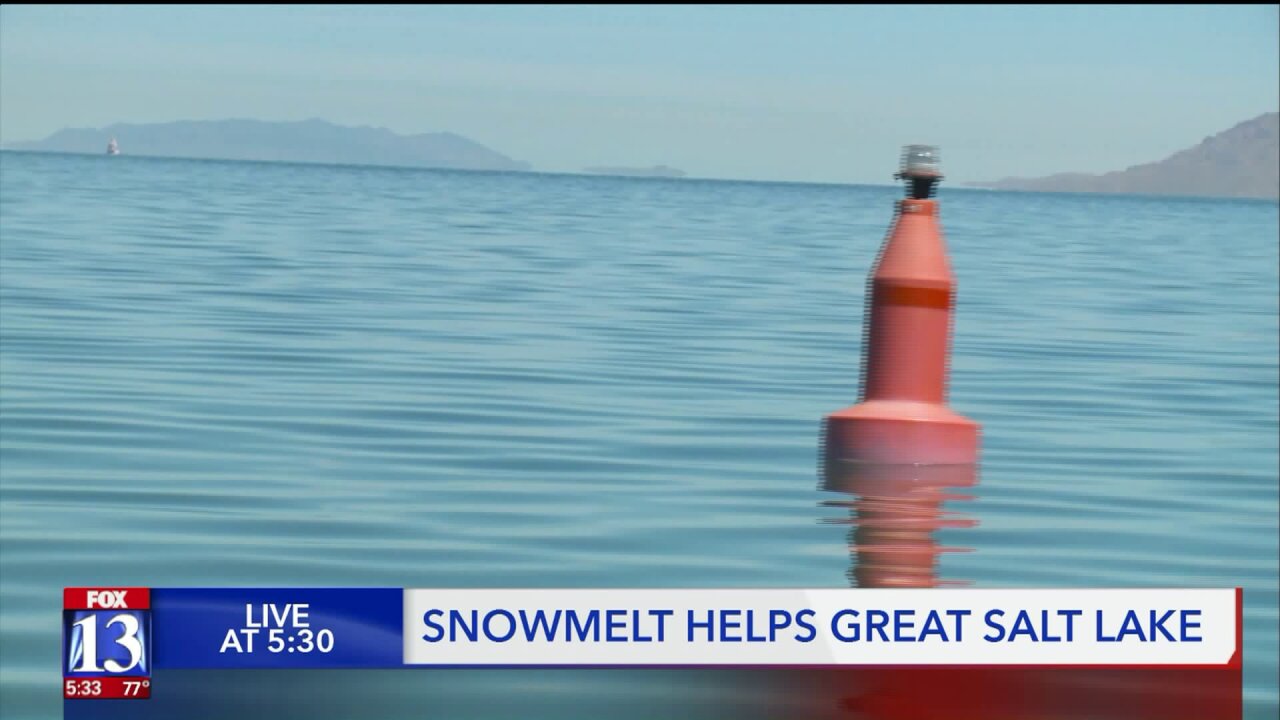 SALT LAKE CITY — The Great Salt Lake is becoming "greater" than it’s been in a while.

With most reservoirs brimming in northern Utah due to heavy snowmelt, the extra water is being released through rivers and emptying out into the Great Salt Lake.

And there is plenty of snow still to melt in the highest elevations.

According to the latest numbers from the Natural Resources Conservation Service, Willard Bay is at 102 percent capacity. Utah's reservoirs have reached an average of 73 percent capacity. Pineview Dam is at 101 percent and Bear Lake is at 76 percent.

Every day, Mark Messier sets sail onto the largest saltwater lake in the Western Hemisphere.

He is thrilled with this year's high water levels.

Water in the south arm of the lake is up 2.5 feet since December. The north arm has increased by two feet. This while full reservoirs above the lake are forced to release excess snowmelt.

“You don’t want them full because you want to be able to control the water going through the reservoir,” said Todd Adams of the Division of Water Resources.

These winds of change come after decades of exceptionally low levels in the Great Salt Lake.

In 2015, levels dipped so low that sailboats couldn’t leave the marina.

“A couple years, we weren’t able to get out,” Messier said. “I would like to see it six feet up or eight, ten feet up. It would open up these little bays and we wouldn’t be getting stuck. Antelope would be an island. It’s not an island."

Six good months aren’t enough to bring the saltwater lake to capacity, but Adams said it’s a turn in the right direction.