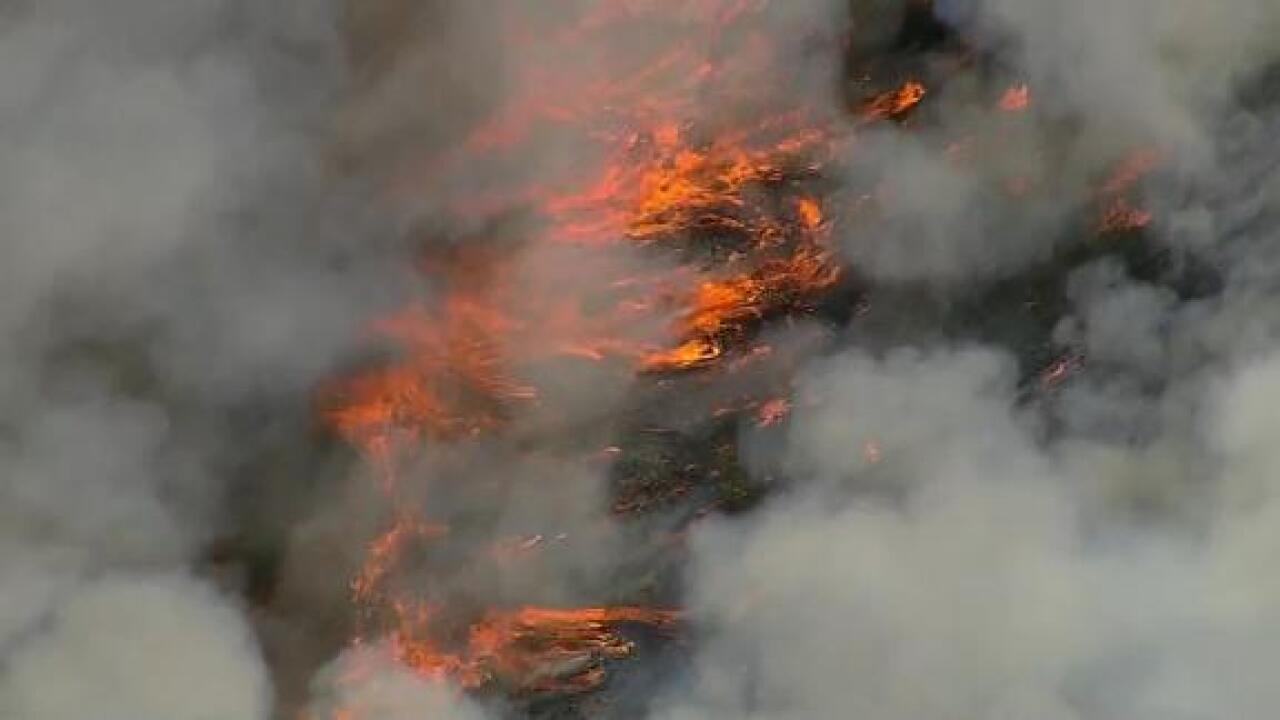 A heat wave that could break records is forecast for some parts of the West Coast, where dry conditions are raising fears of more wildfires in areas still reeling from last year’s deadly blazes.

An excessive heat watch will be in effect Monday into Tuesday for portions of California and Arizona, said CNN meteorologist Allison Chinchar. Temperatures in the border areas of the two states and in the valley region from Redding to Bakersfield will reach triple digits.

“If you think it’s hot this weekend, wait until the middle of next week,” the National Weather Service in Phoenix tweeted. “Widespread highs near 110 degrees at lower elevations.”

California utility Pacific Gas and Electric Co. turned off power to almost 27,000 Saturday in the Sierra foothills as a safety precaution because of dry and windy conditions.

That same day, firefighters were struggling with a fast-moving wildfire northwest of Sacramento in Yolo County, California, that started Saturday and quickly spread to 1,700 acres, prompting evacuations and road closures.

The heat wave will move north to Oregon and Washington by Wednesday, and could break record highs for the day in Medford and Portland Oregon, Chinchar said.

Meanwhile, fire officials said that last year’s Ranch Fire, the largest in California history in terms of area burned, was caused by a spark or fragment of hot metal from a hammer driving a metal stake into the ground.

The Ranch Fire started in late July north of the community of Upper Lake and burned 410,203 acres in Colusa, Glenn, Lake and Mendocino counties. It killed one firefighter and left three others wounded.