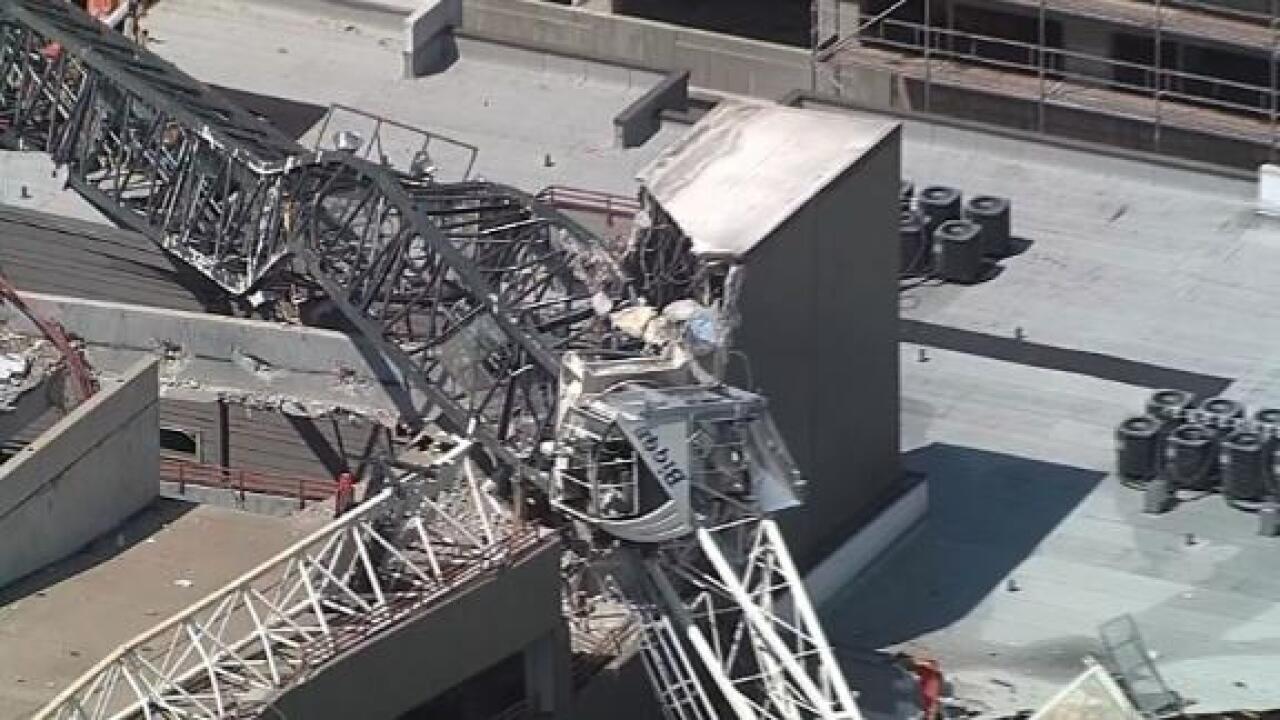 One person has died and six were injured after a crane toppled onto the Elan City Lights apartment complex in downtown Dallas, according to Dallas Fire-Rescue spokesman Jason Evans.

“There has never been a crane collapse onto an already inhabited building, as far as I know,” Evans told reporters.

Severe thunderstorms capable of damaging winds, large hail and potential tornadoes were blowing Sunday through downtown Dallas and nearby Fort Worth, the National Weather Service said.

The winds were so strong they knocked over construction equipment, as seen in a video showing a crane that fell onto an apartment building in downtown Dallas.

“Woke up poolside to a full-on tornado warning, which hit the construction site next to us and sent debris flying all over downtown Dallas,” tweeted journalist Rory Cashin with a video of debris being blown off a tower in Dallas. “I think I’m ready to come home now…”

“A crane fell over in an apt. complex in downtown dallas from the storm. Hope everyone is okay,” said Melissa Santana on Twitter.

Reports of injuries followed the crane’s toppling, but it is unclear how many injuries there were, according to CNN affiliate KTVT-TV. A billboard also fell onto a car in Dallas’ Uptown neighborhood, KTVT reported.

A severe thunderstorm watch was issued for central Texas until 10 p.m., according to the National Weather Service. The main hazard will be damaging winds and large hail with potential for flooding, the weather service said.

More than 227,000 customers in the greater Dallas-Fort Worth area were experiencing power outages after Sunday afternoon’s inclement weather, according to electric company Oncor.