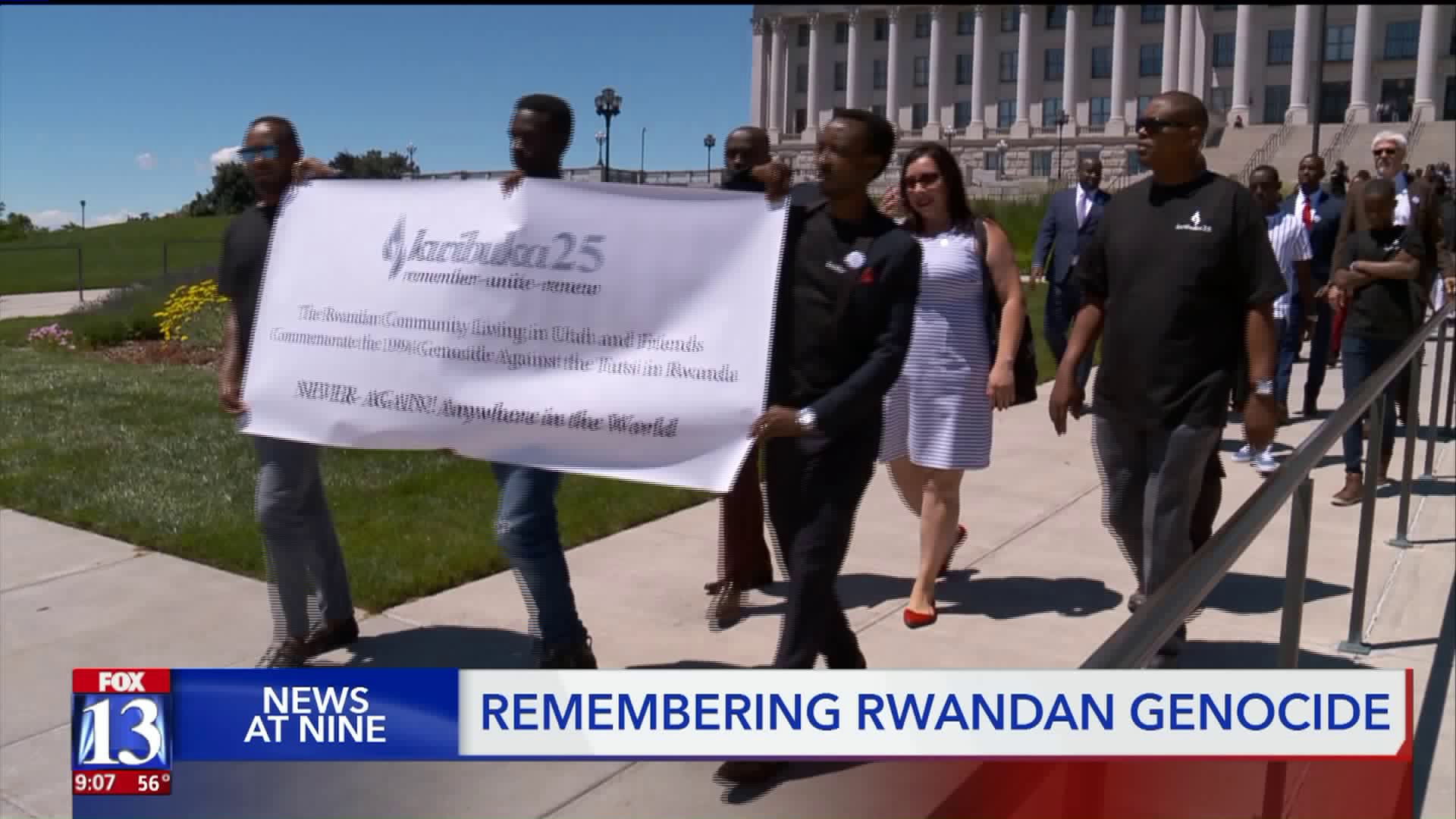 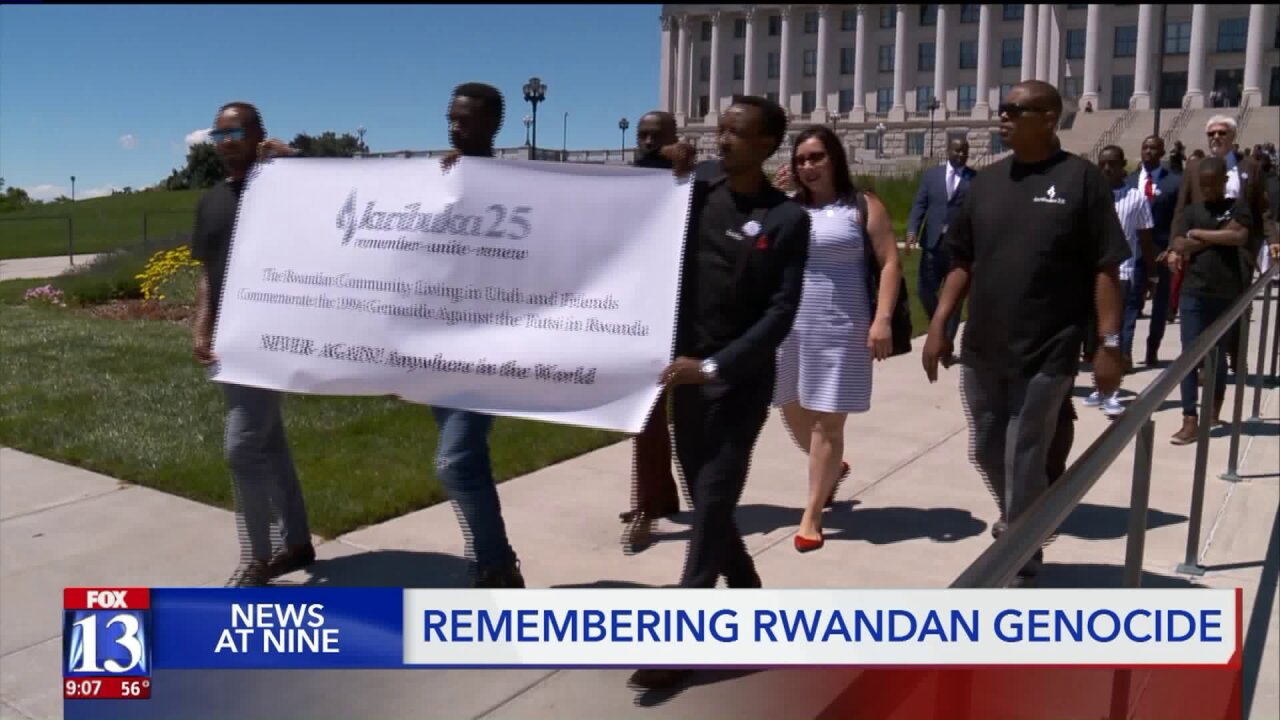 SALT LAKE CITY – In an emotional day for dozens of African genocide survivors who now call Utah home, people gathered to walk in solidarity, share their stories and light candles for hope.

A group of friends, family, advocates and survivors came together Saturday to march and remember.

“What happened to Rwanda, what happened to us, it’s an atrocity. It’s hate. It’s a human crime,” said Jean Claude Kamali, who organized the day’s event.

The horror that took place 25 years ago claimed the lives of nearly 1 million Tutsi people living in Rwanda in just 100 days.

The group marched from the capitol to a hotel where a documentary was shown to highlight the Rwandan Genocide. The community then listened as survivors shared their stories and lit candles for hope.

Among the survivors was a man named Emmanuel Habimana, who was just 9 years old when it happened.

He survived by hiding during the attacks and pretending to be a Hutu. His parents and four of his siblings did not.

“I’m so scared as a survivor, that it may happen to somebody else,” Habimana said as he spoke to the crowd.

Every year he relives the fear, in the hopes that others will remember, unite and renew.

“Pop, pop, pop, you can hear them getting really close to us,” Habimana said, recalling one of the attacks.

Survivors participate in this event every year in Salt Lake City as a way of remembering — and so it never happens again.

Gov. Gary Herbert has declared June 8th as Utah’s Day of Remembrance of the Rwandan Genocide.