Family saved after rescuers pull them out of Logan River 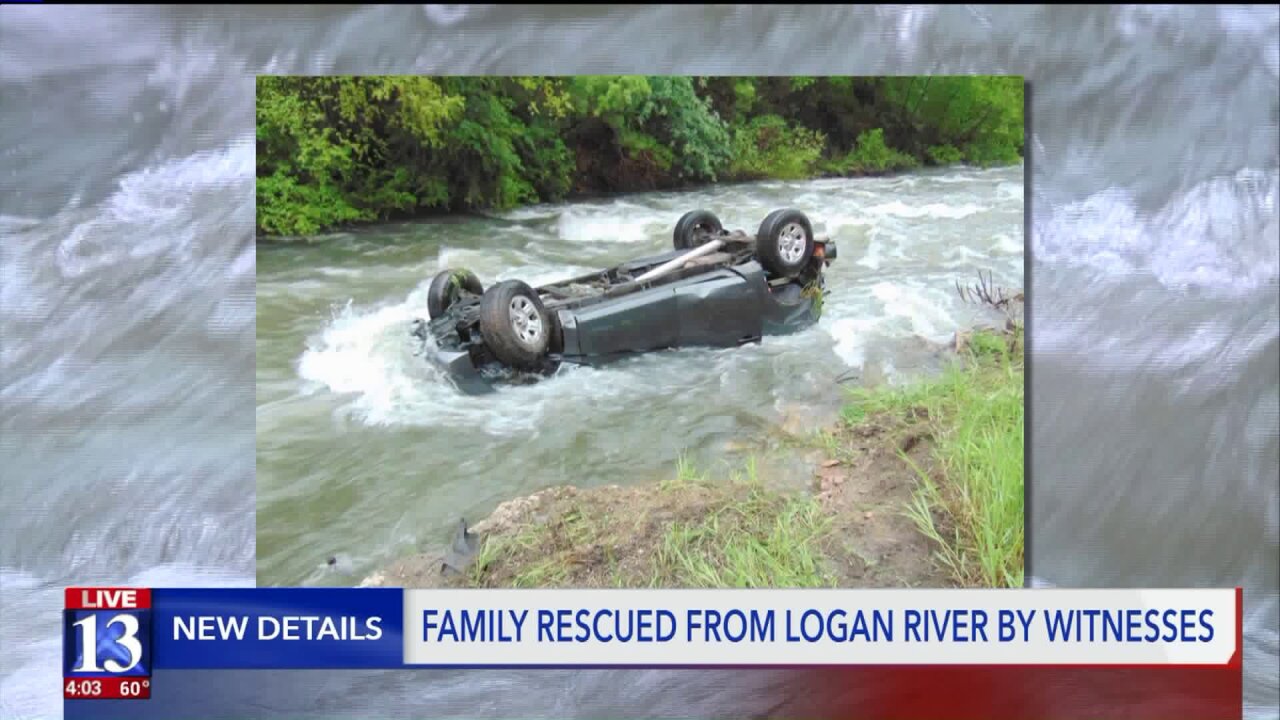 LOGAN CANYON, Utah — A rollover crash in Logan Canyon had a husband and his wife submerged in the Logan River with their two grandchildren in the back seat.

The husband was rushed to the hospital, but thanks to people who jumped into to pull them out of the pickup truck, they are all alive.

Trooper Kent Goodrich with Utah Highway Patrol said the driver of the pickup was coming around the corner by mile marker 473 when the tires slipped on oil.

“It was just the snap of a finger and they were spinning,” Goodrich said.

Doing a 180, the pick-up landed in the river and the momentum flipped the truck upside down.

“He was underwater, he was blue, unresponsive,” said Goodrich.

A group of six men jumped into the river, cut the family loose from their seat belts and pulled them to safety.

One of the rescuers told Goodrich he wasn’t carrying a knife with him, but as soon as he called for one he had five or six knives as people kept handing them to him.

“When he found the granddaughter, her head was just barely above the water,” Goodrich said. “It was all she could do to keep breathing, and he was there in the nick of time.”

Every second counted with the family, Goodrich said.

When arrived on the scene, the driver and his wife were already in the ambulance on the way to the hospital.

After investigating, Goodrich said the driver wasn’t speeding — in fact, he was going below the speed limit.

The roads had recently been repaved, and on the night of the accident it began to rain — causing the oil to rise to the surface.

“In places, it was even difficult to stand because of how slick it was,” Goodrich said.

The family could have died if the group of heroes had not risked their own lives to rescue them.

Police estimate that spot in the river was about 4 1/2 feet deep and was moving about 7,000 gallons per second — making a dangerous current to work in.

“I truly believe that these people saved this family’s lives because of their quick thinking, their quick acting,” Goodrich said. “Because they decided to get involved, it made the difference.”