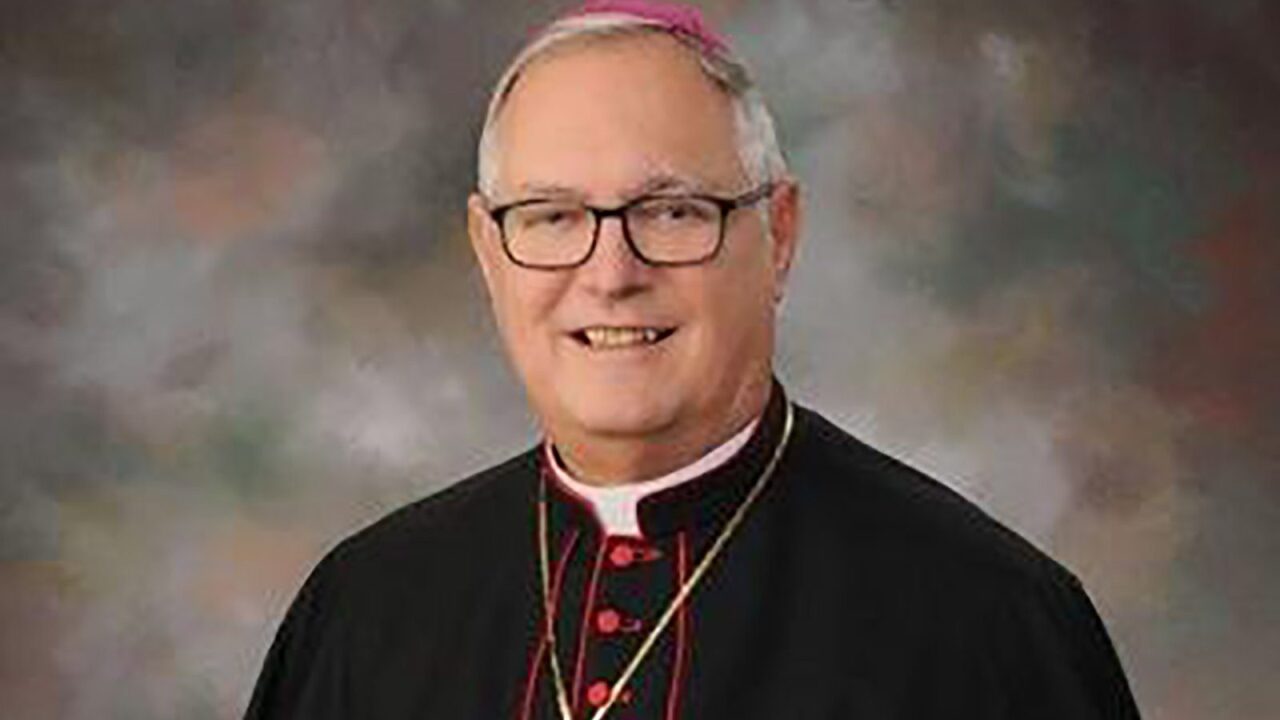 Full credit: From the Roman Catholic Diocese of Providence

By: CNN Wire
Posted at 10:00 PM, Jun 08, 2019
Providence, R.I. — A Rhode Island priest implored his LGBTQ congregants not to leave his church after a bishop’s controversial tweet calling for Catholics not to attend or support Pride Month events.

“My concern is that for people who are lesbian or gay — same-sex attraction — that they may leave the church. A lot of people have hung in there, but it’s like, ‘One more slap and we are done,’ ” Rev. Edward Pieroni told his congregation at St. Raymond’s Roman Catholic Church, according to the Boston Globe.

A tweet on Saturday from Providence Bishop Thomas J. Tobin warned Catholics that Pride Month events “promote a culture and encourage activities that are contrary to Catholic faith and morals” and added, “They are especially harmful to children.”

The message went viral. It was the next morning during Sunday Mass that Rev. Pieroni expressed his fear that the tweet would result in the loss of gay parishioners.

Celebrities, including actress Mia Farrow, reacted to the tweet, calling Tobin a “hate-filled hypocrite” and tweeting “kids are in far more danger at a Catholic church than at a gay pride gathering.”

Bishop Tobin declined to comment through a church diocese spokesperson, but released a statement posted on the diocese’s website Sunday.

“I regret that my comments yesterday about Pride Month have turned out to be so controversial in our community, and offensive to some, especially the gay community. That certainly was not my intention, but I understand why a good number of individuals have taken offense.”

Tobin said he and the Catholic Church have “respect and love for members of the gay community.”

“Individuals with same-sex attraction are beloved children of God and our brothers and sisters. As a Catholic Bishop, however, my obligation before God is to lead the faithful entrusted to my care and to teach the faith, clearly and compassionately, even on very difficult and sensitive issues.”

How to be an ally to your LGBT friends, relatives and co-workers

In response to the tweet, Rhode Island Pride organized a rally in Providence’s Cathedral Square Sunday.

“To call us harmful to children was unwelcome and unnecessary and attacks us in a month where we should be celebrating our progress as a community.”

June is LGBT Pride month in the United States, which commemorates the anniversary of the Stonewall riots of 1969.

5 New York exhibitions that honor the legacy of Stonewall

Rev. Gwendolyn Howard of the First Unitarian Church of Providence spoke at the rally and told CNN, “There’s been a whole lot of wall building lately in this country.” Howard, who identifies as a trans woman, added,

“These walls are made out of bricks or beliefs, and usually they’re built out of fear. The crowd came together out of anger, hurt, and confusion, but we came away feeling better about ourselves and our community.”