Officials, locals and volunteers round up geese at Wheeler Farm 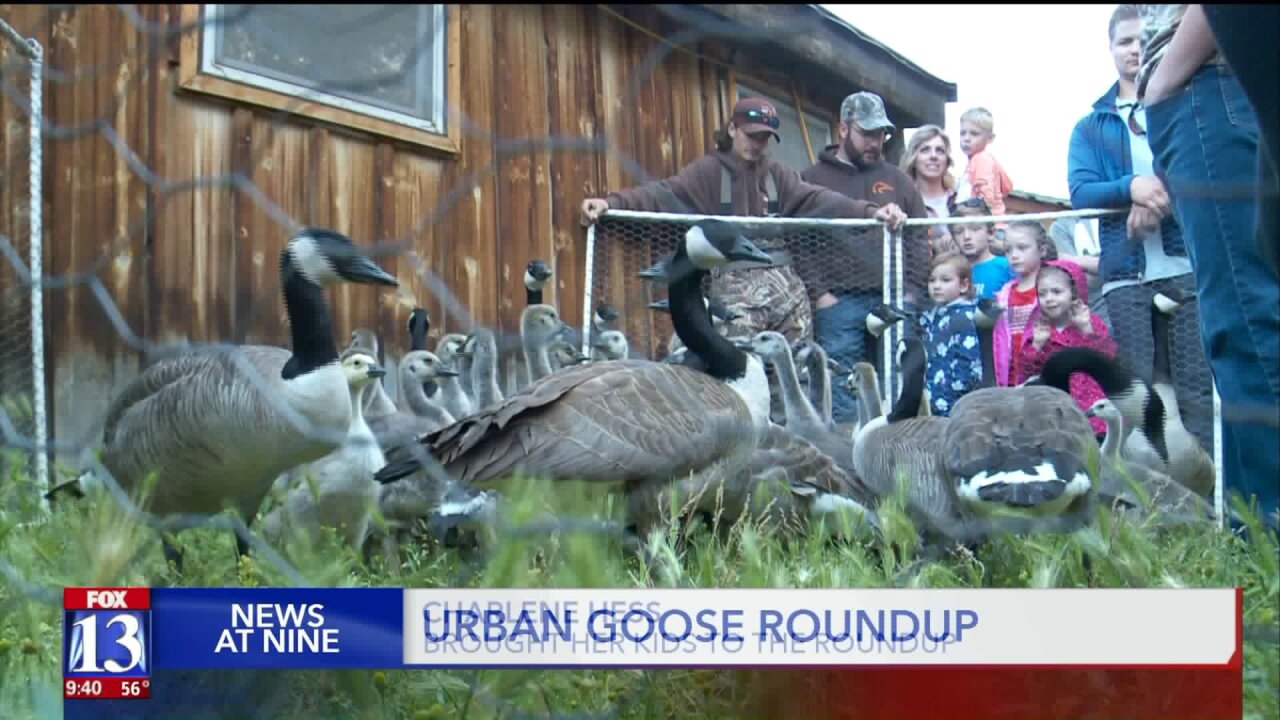 SALT LAKE CITY — Geese are a common sight around Utah, from golf courses to public parks and ponds. They often hang around in large groups, and that usually results in quite a mess.

"All the fecal matter on the sidewalks makes a big problem, so we're just trying to get these nuisance birds out of the city," said Rich Hansen from the Division of Wildlife Resources.

Hansen is working with dozens of volunteers this week to round up the ever-growing goose population. This group started at Wheeler Farm.

Charlene Hess has a homeschooling blog and thought the roundup would be a good learning experience for her kids.

"Learning doesn't stop in the summer, so we decided to come and bring out the kids so we could learn what wildlife preservation takes," she said.

The roundup has captured and tagged dozens of birds so far. Eventually, they will be moved to more appropriate waterfowl areas in the state.