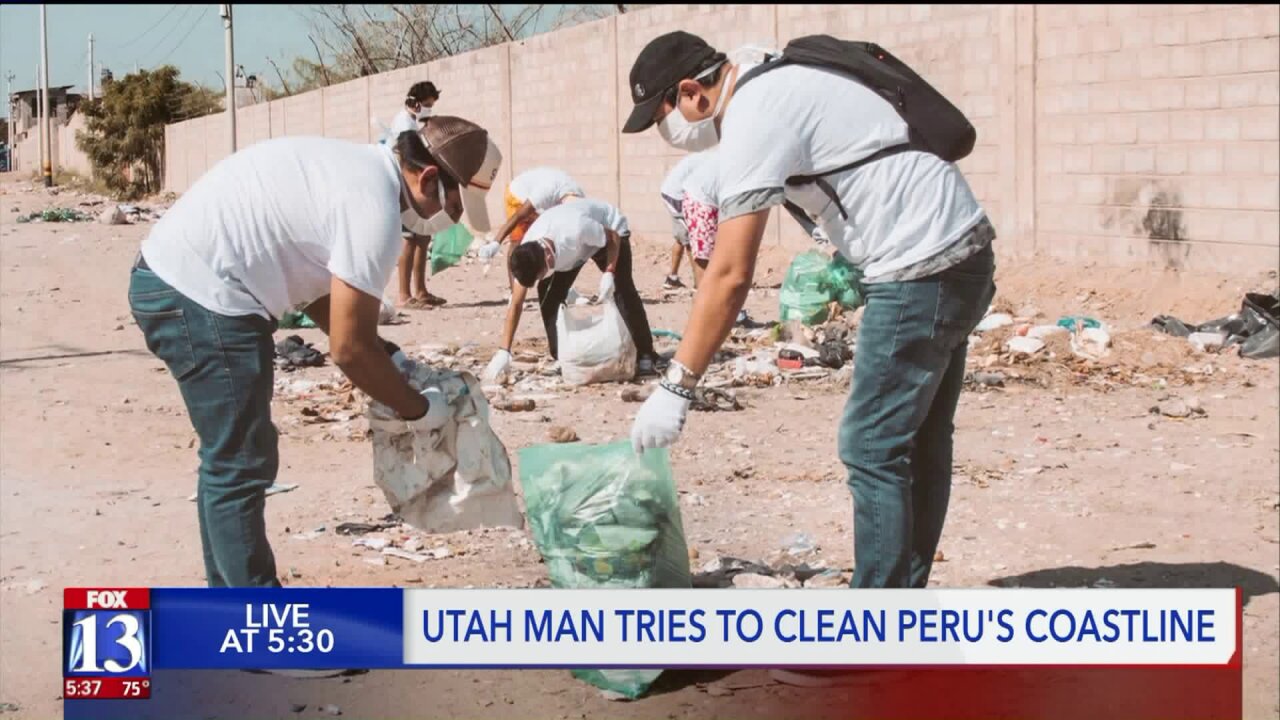 PERU— In Peru, Clayton Thomas Kearl is known as “gringasho”.

“It’s Peruvian slang for someone who's white, so 'gringo,' but 'gringasho,'” Kearl explained.

He has become a social media star with millions of Peruvian followers, and he has a mission to make the country he fell in love with a better place.

“I put the campaign in Peruvian slang which is called 'chapa tu basara,' which is 'pick up trash.' Yo, pick up your trash,” Kearl said.

His love for Peru started when he served a mission there for the Church of Jesus Christ of Latter-day Saints.

“You're sent at 19. You live in dirt roads with no running water and under a tin roof. You get a really big punch in the face of what real life is,” Kearl said about his LDS mission.

He realized real life in Peru means throwing your trash anywhere you like.

“They have garbage trucks in most municipalities, but mostly when a family has trash they put in a grocery sack and just throw it outside their house,” he said.

So, he launched a clean-up campaign.

“I'm trying to change the culture," he said, "For them, it's really normal to eat something and throw it in the street."

He's running across the country, along the coast, to create environmental awareness and organizing trash pickups with his followers along the way.

“Things you take advantage of being from a really clean, awesome city in the United States first world,” Kearl said.

Kearl’s not exactly sure what his future holds, but he knows that giving back to this country he loves will be part of it.

“For the rest of my life, I will have my hands — whether I'm living in Utah or living in the United States or living here — I'll always have my hands, as they say, '[in] the cookie jar,' down here in Peru,” Kearl said.

He also has a GoFundMe to fund his campaign that can be found HERE.