Herriman Police say man critically injured in parking lot crash may have been drinking, showing off 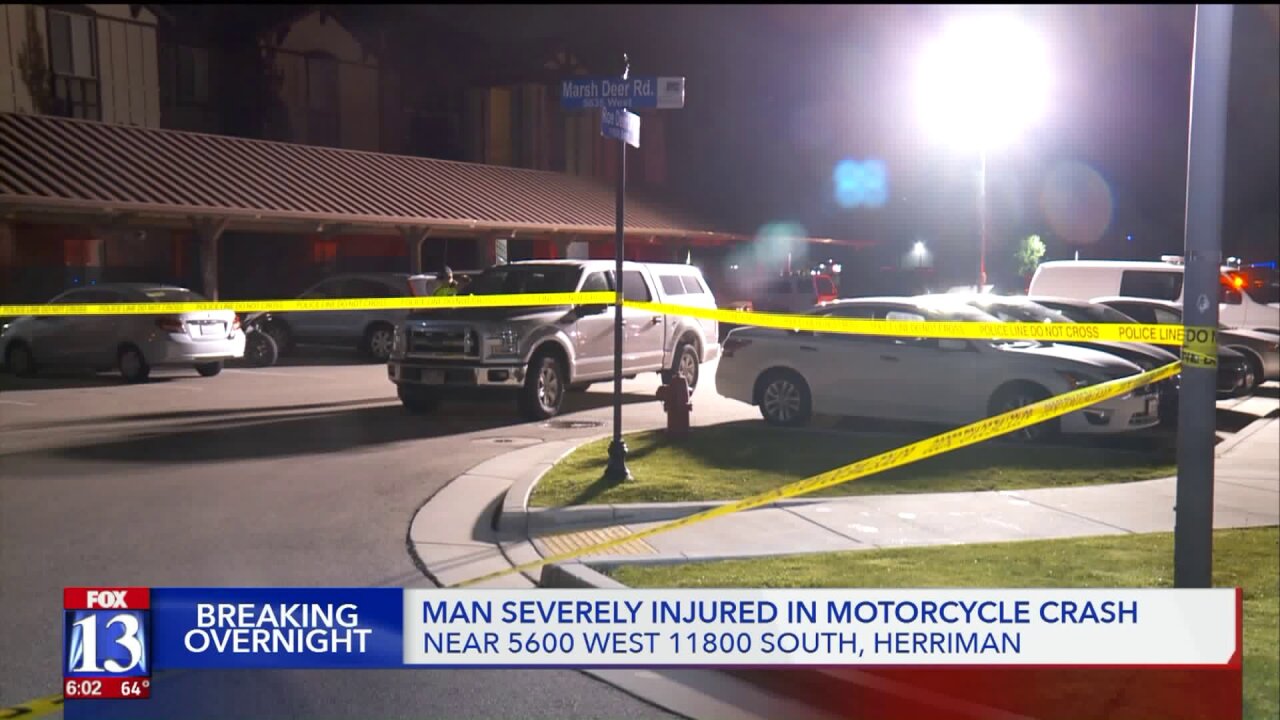 HERRIMAN, Utah -- One person is in extremely critical condition after a motorcycle crash in an apartment complex parking lot in Herriman early Friday morning.

"The motorcycle had been racing up and down the parking stalls, lost control and ended up impacting with this concrete wall behind me where it came to a rest," Stromberg said.

Stromberg said the operator of the motorcycle was not wearing a helmet and was taken to a hospital in extremely critical condition.

"Always wear a helmet," he said. "We say all the time how much they save lives. It's a reality and this is a case where, again, had the operator been wearing a helmet we probably would be having a very different conversation."

Stromberg said there is evidence that leads them to believe alcohol impairment may have been a factor, as well as excessive speed in an enclosed area. He also said the vehicle was a recent purchase.

"I"m not sure about experience as far as being able to operate the motorcycle, but the motorcycle itself was a recent purchase so the witness says the operator of the motorcycle was showing it off for him as a new purchase," Stromberg said.

The complex is often busy, Stromberg said, adding he feels fortunate to an extent the motorcyclist was the only one hurt.