Debunked: Video with claims about artificial food is full of of inaccuracies, half-truths, conspiracy theories 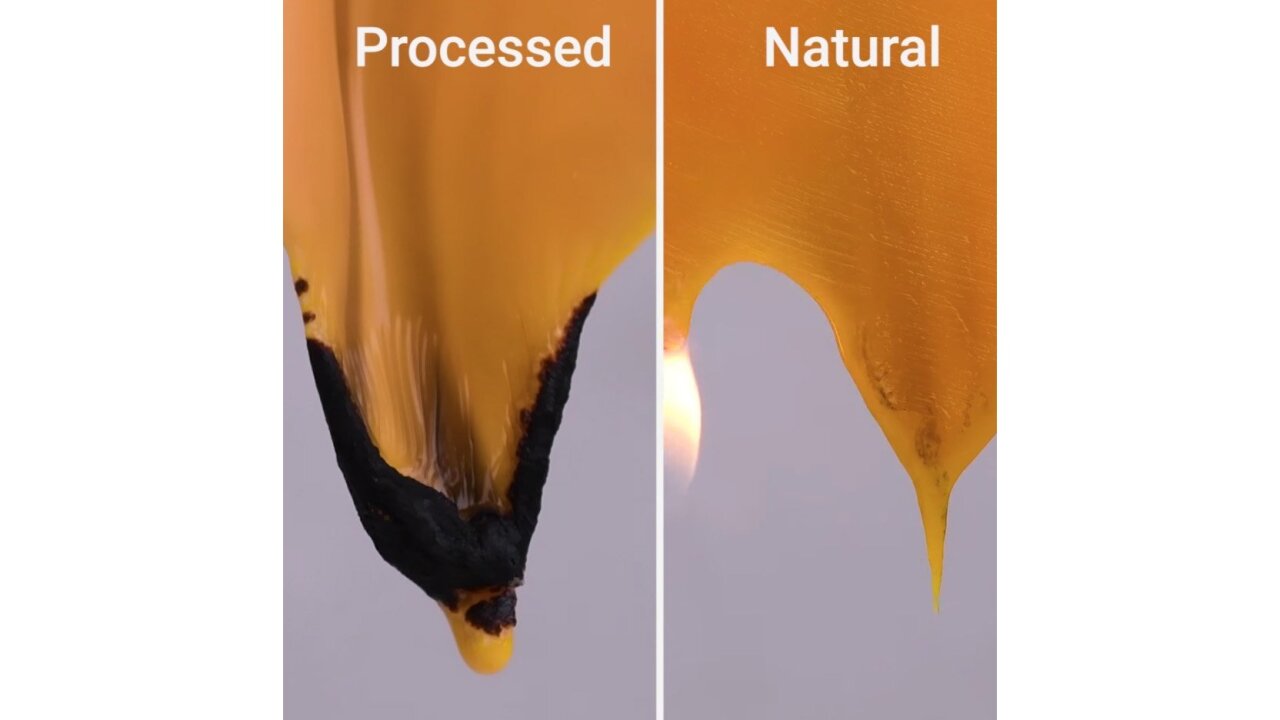 The video, produced by First Media-owned Blossom which posted it to the company’s Facebook page, has gathered an astonishing 93 million views since June 1, along with more than 500,000 reactions, 170,000 comments and 3 million shares. Source: Blossom/Facebook

At first sight, it looks like any other drool-inducing food video that you can find on Facebook. Only this time, the viral video promises to help you find out whether your food is fake or real using “16 easy tests to try at home.”

But behind the slick production, the video hides a number of fake claims along with a series of inaccuracies, half-truths, and conspiracy theories.

The video, produced by First Media-owned Blossom which posted it to the company’s Facebook page, has gathered an astonishing 93 million views since June 1, along with more than 500,000 reactions, 170,000 comments and 3 million shares.

Facebook’s fact-checking partners at Lead Stories have sent Blossom a detailed list of which claims were wrong and why, a source at Lead Stories told CNN. The company is expected to correct the video and it’s working with Facebook on the best format, the source said. A spokesperson at First Media confirmed, “We appealed the ranking with Facebook and its third-party fact-checking agency. We are actively back and forth with the fact checkers for an expeditious resolution.”

In a separate statement to CNN, First Media said, “Blossom’s research and production teams work very hard to ensure high quality and visually entertaining content that intrigues the natural curiosity and critical thinking of our audience and supplies value and ideas. Many of the examples presented in the video are, indeed, disturbing. This video offers information from a variety of reputable and globally-recognized sources already available to the average consumer.”

“The video does not claim that all products or specific manufacturers include these materials, nor does it make any health or nutritional suggestions or recommendations,” the statement continues, “They are demonstrations of things we consider to be important for our global audience, however this content is intended only for informational purposes and as entertainment.”

One of the claims, about food companies mixing rice with plastic, has been debunked several times since at least 2011, as evidenced by this comprehensive round-up by fact-checking platform Snopes. Another controversial claim is that “processed cheese with chemicals is difficult to melt,” turning black when exposed to flame. A closer look at the “natural” cheese in the video shows it also contains black bits, as often happens when something burns. The claim first emerged in 2014 and was debunked by Snopes in another article.

Even more puzzling are the claims that “coffee with additives floats while pure coffee sinks” and “pure tea doesn’t stain.” Freshly-roasted coffee tends to float while stale coffee tends to sink, as reported also by Snopes. And black tea contains tannins, which is likely to leave stains and marks on fabric, skin, china, and even teeth. Another claim is that “baby food contains ground-up rocks advertised as fortified calcium.”

In response to a request for comment on the video, the US Food and Drug Administration (FDA) issued a statement to CNN saying that such videos could erode the trust that consumers have in them.

FDA spokesman Peter Cassell told CNN: “Federal law requires that food is safe and properly labeled. For example, all food additives and color additives must be approved by FDA before market entry, and the labeling of food must be truthful and not misleading. We take food contamination and fraud very seriously and do take action when problems arise, especially if it appears that the adulteration was intentional.”

“Consumers should rest assured that most of the practices illustrated in this video are not legal in the U.S.,” he continued, “and any FDA-regulated product that violates or appears to violate the Federal Food, Drug, and Cosmetic Act may be subject to seizure, mandatory recall, or other enforcement action.”

“Consumers should be able to trust that the foods they eat are safe and videos like these can undermine the confidence consumers have in the FDA’s role in maintaining the safety of our food supply,” he added.

After the initial Facebook posting, the video promptly spread on other social media platforms as well, including Twitter, where it had 8 million views and 118,000 retweets and Instagram, where it stands at 1.9 million views.

In its fight against fake news, Facebook has partnered with fact-checking organizations to help establish whether content is authentic. So if you attempt to share the video, a pop-up window tells you that there’s “additional reporting on this,” with links to two publications, Lead Stories and Swedish-based Metro.se, both of which have debunked the video.

Lead Stories’ Maarten Schenk, who has penned a detailed article exposing the video’s bogus claims, told CNN he looked up the video in their social media-tracking engines and saw that it was massively trending.

Schenk showed CNN that after his debunking was published on June 3, the video’s popularity dissipated somewhat.

“Our fact-check did have an impact on the virality, you can clearly see when we flagged it,” he said. “It is still doing thousands of shares per hour but at least it is not doing tens of thousands anymore.”

One of the reasons why the video is still sharing well on Facebook is that Lead Stories gave it a “Mixture” rating, not the heavier “False” rating, Schenk said.

“That would have slowed it down more. But there are some true elements in the video so ‘Mixture’ is [fairer],” he said. “It is going wild on other platforms. They should also work with fact-checkers. We try to tag copies on other platforms in Facebook’s system as well when we spot them so if people post those links to Facebook, they will also see the warning.

The company, which has more than 50 million followers, says on its website it supplies “young women with creative, surprising and wow-worthy ideas to make their life more inspired, productive and efficient.”

In its statement to CNN, First Media said the experiments were conducted as shown in the video with real products. Some of them were shipped from overseas, the company said.

The statement also includes a lengthy, one-by-one explanation of some of the claims in the video. However, the processed cheese claim links to a Vice article from 2015 that disputes the very idea of the “unnaturalness” of processed cheese cited in the Blossom video, saying: “Basically, processed cheese is not some kind of Satanic alchemy — in fact, it’s pretty old-school science.”

A Facebook spokesperson told CNN it did not have information on this particular video but it referred to its policy for reducing the spread of false news, which includes removing the content that violates its standards, reducing the distribution of material, or informing people by giving them more context on the information they see in their news feed.