One arrested, another at large after pursuit in Centerville and West Bountiful 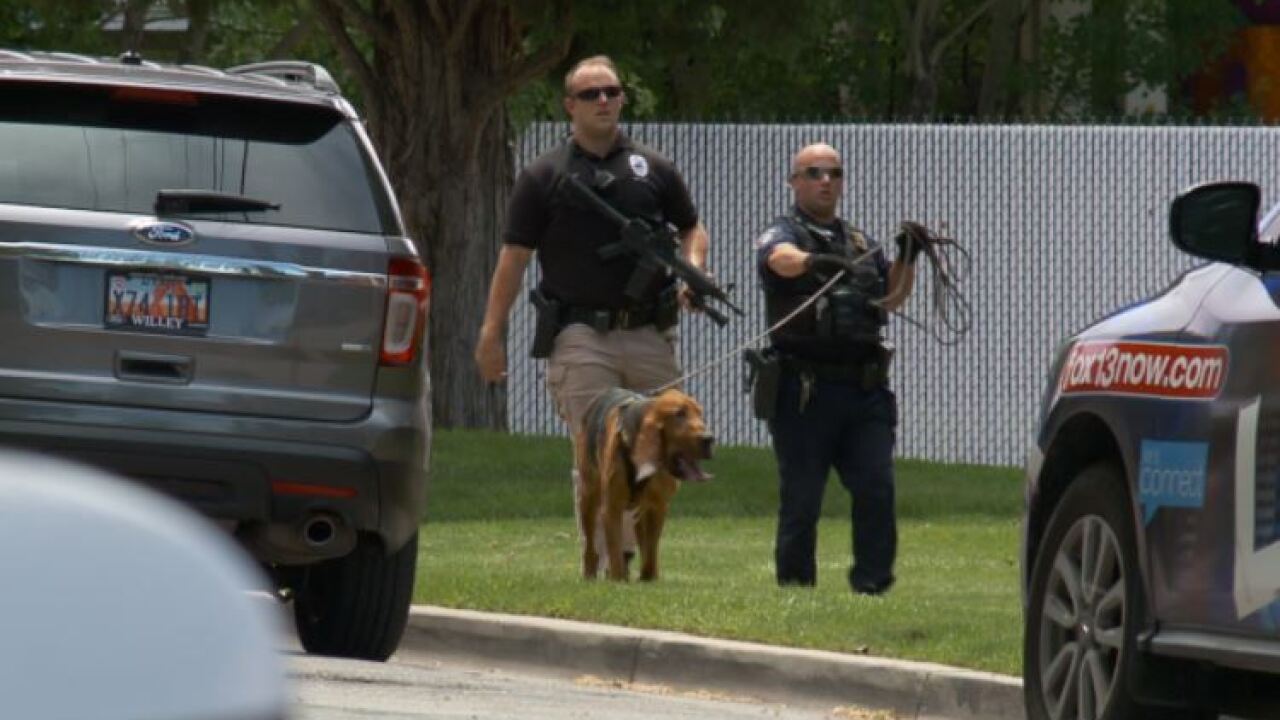 WEST BOUNTIFUL, Utah — Officers from multiple agencies in Davis County are looking for a suspect who fled from police after a pursuit that terminated in West Bountiful Thursday.

“We have some victims that claim they were in a car being followed by another car with people inside that car firing a handgun outside the window at them,” said Lt. Zane Robison, Centerville Police. “We don’t know yet where that took place.”

According to Robison, all of the parties involved went to the city park at 1350 N Frontage Rd. in Centerville.

As police arrived at the scene, a white car drove off “at a high rate of speed,” Robison said.

Police pursued the car and, at some point, the pursuit reached I-15, where someone in the white vehicle threw a firearm out of a window. Police have recovered the weapon.

The pursuit ended at a home near 400 N and 800 W in West Bountiful, and both of the people in the white vehicle then fled on foot.

Police set up a containment in the area, including several K-9s and a helicopter. One of the people who fled has been taken into police custody. Police took that person to the Centerville Police station for questioning.