Wellness Wednesday: Preparing for your next big race 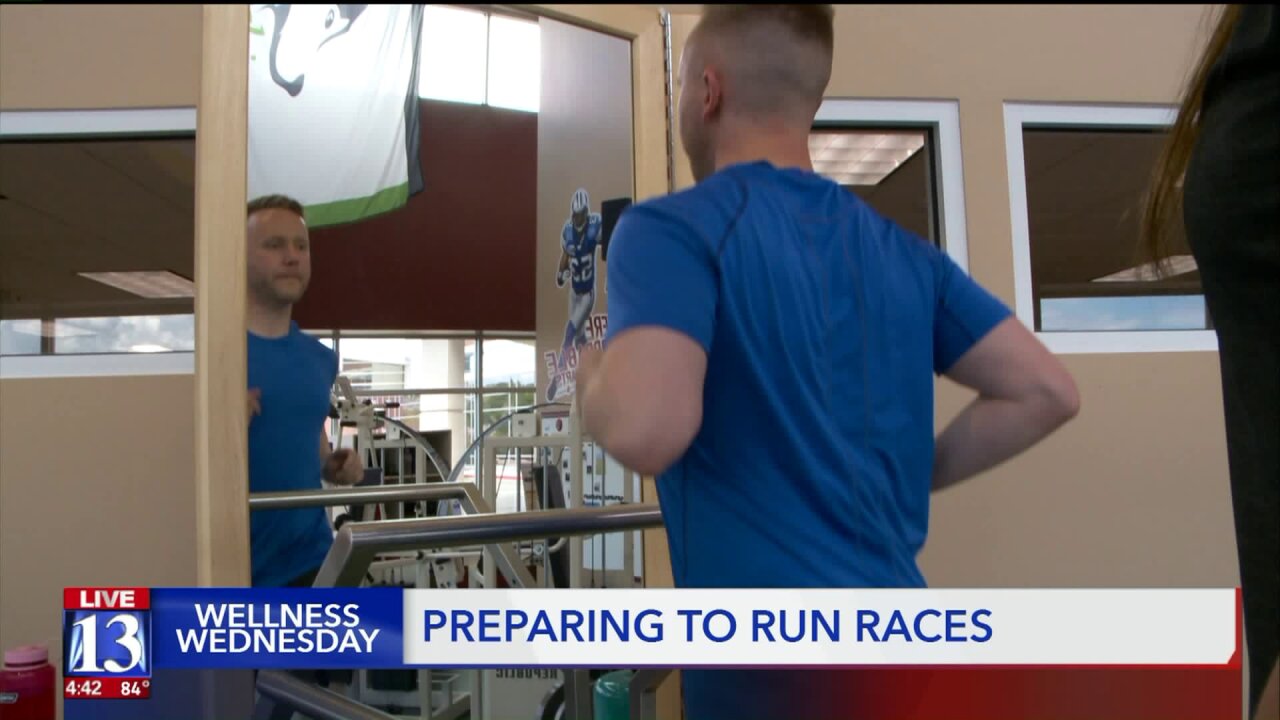 MURRAY, Utah  - Race season is in full swing, but before you hit the pavement, there are steps runners should take to prepare. Whether it's a 5K, 10K or even a marathon, preparation is key to prevent injuries and ensure you have stay healthy.

Becca Bennion is the running program coordinator at Intermountain TOSH and works with runners of all skill levels. She says one of the biggest mistakes people make when starting a running program is going too hard, too early.

“People think they have to get to the top level in a couple of weeks, and that can end up leading to injuries,” said Bennion. “Those injuries then delay your training even further.”

Bennion says the minimum amount of time people need to get ready for their goal race is about 12 to 16 weeks. She notes no matter how long the race is, coaching can be a major asset to getting people prepared both physically and mentally.

Training starts best with a running assessment, says Bennion. Workouts are then geared toward increasing intensity and improving times.

Experts say while running is a key part to preparation, strength training is also important.

“While running is a great exercise it often works certain muscles more than others. This can cause a muscle imbalance which can then put pressure on tendons and ligaments,” says Bennion. “In the end it can hamper run times and endurance.”

Resistance and strength training can counter the muscle imbalance of running while helping improve metabolic rate and endurance.

Bennion also coaches runners on how to properly fuel up during races. Depending on the distance, a race will have water stations but also food and other nutrients for runners. Knowing how and when to take them can make a big difference in performance.

Before a person runs their goal race, Bennion suggests running in a shorter race as a practice. The conditions of an organized race can help a runner gauge their pacing and performance. It also gets them used to running with several hundred people.

“There’s just something about race day with the jitters, and anticipation which isn’t like anything you can practice,” said Bennion. “Doing a practice race just helps you get the feel for what the conditions will be like.”

Another major point of emphasis for all runners in the program is nutrition. Bennion says most people focus on what to eat on race day but forget what people consume while training is just as important. Running is different from other sports because of the endurance aspect. Knowing what to eat can keep energy levels up.

You can find out more information on Intermountain’s running and coaching programs here.

And if you're ready to run, here is a list of upcoming races: