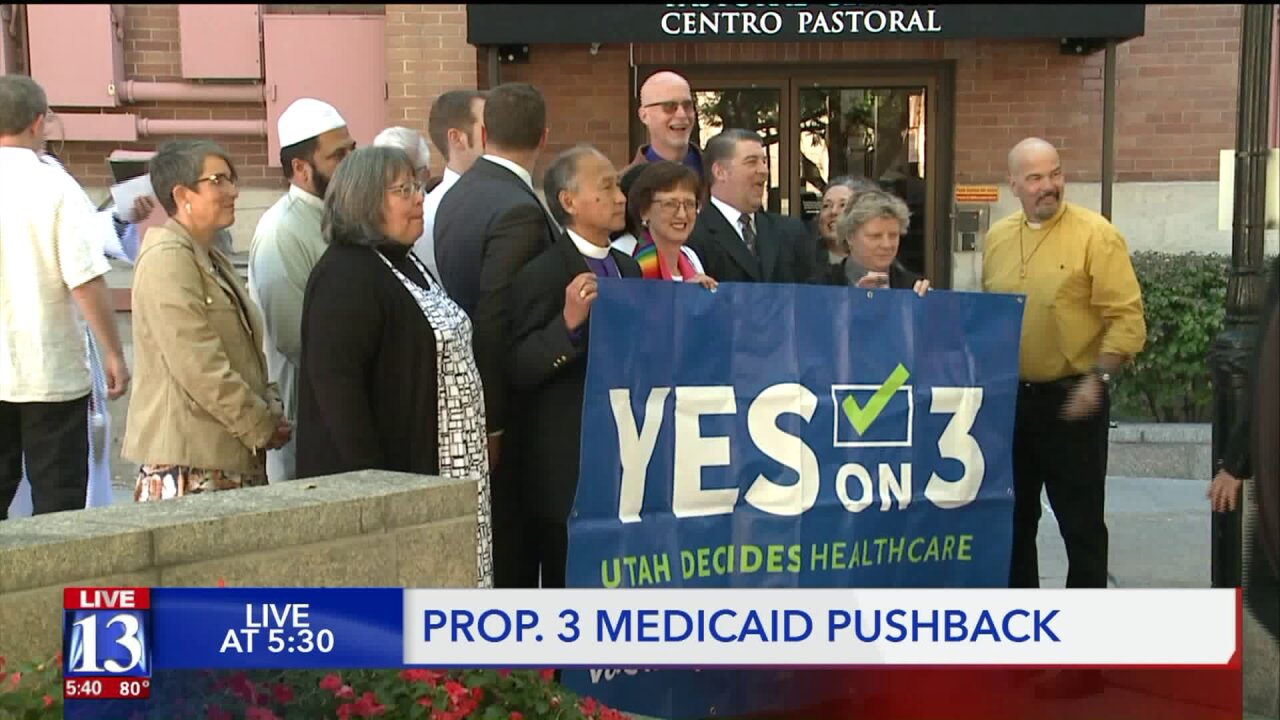 SALT LAKE CITY -- The latest proposal to provide health care coverage for thousands of Utah's poor wasn't popular with the public or even members of an advisory committee tasked with pushing it.

At a meeting Thursday of an advisory committee for the Utah Department of Health, they took public comment on the Medicaid waiver the state is seeking from the Trump administration. The "Per Capita Cap Plan," as it's called would set enrollment caps and have a work requirement on government-funded health care for people who make roughly $1,000 a month.

That was not popular. Every single public comment on Thursday was against the proposal.

Stacy Stanford of the Utah Health Policy Project said the caps would cause harm.

"These caps build a wall between those who deserve care and those who don’t based on their spot in line and not their need," she said. "It is contrary to the purpose of Medicaid to lock out eligible enrollees."

The Utah Department of Health has been ordered to seek the waivers by the Utah State Legislature. Voters approved Medicaid expansion in Proposition 3, only to see lawmakers replace it with their own program earlier this year. Legislative leaders argued that what voters approved (and the sales tax hike with it) wasn't enough to cover ballooning health care costs and could harm the overall state budget that pays for everything from education to roads.

The Trump administration has already approved a 70/30 split with the state on Medicaid. The state is seeking more. But Checketts acknowledged that some of what the state is asking for has never been approved before. If it's ultimately rejected, the state will default back to full Medicaid expansion.

"We go through and we make our requests. Each one is a negotiation with the federal government and we will see where they go on each of these," Checketts said.

Even members of the health department's advisory committee weren't fans of the proposal.

Jessie Mandle with Voices for Utah Children asked if the committee could take a vote to oppose the state's own plan. That prompted some discussion about how far they could go in opposing a policy they're tasked with implementing. Checketts told her he would consult with state attorneys to see what's allowed.

Mandle told FOX 13 she'd like to see the state-run committee oppose the state's own proposal.

"It certainly sends a message that these provisions and these policies part of SB96 are a real concern," she said.

The Utah Department of Health said 29,726 people were enrolled in Medicaid as of June 4. There will be one more public comment on the Medicaid waivers: June 17 at the state health department from 4 to 6 p.m. You can also comment on the proposal here.