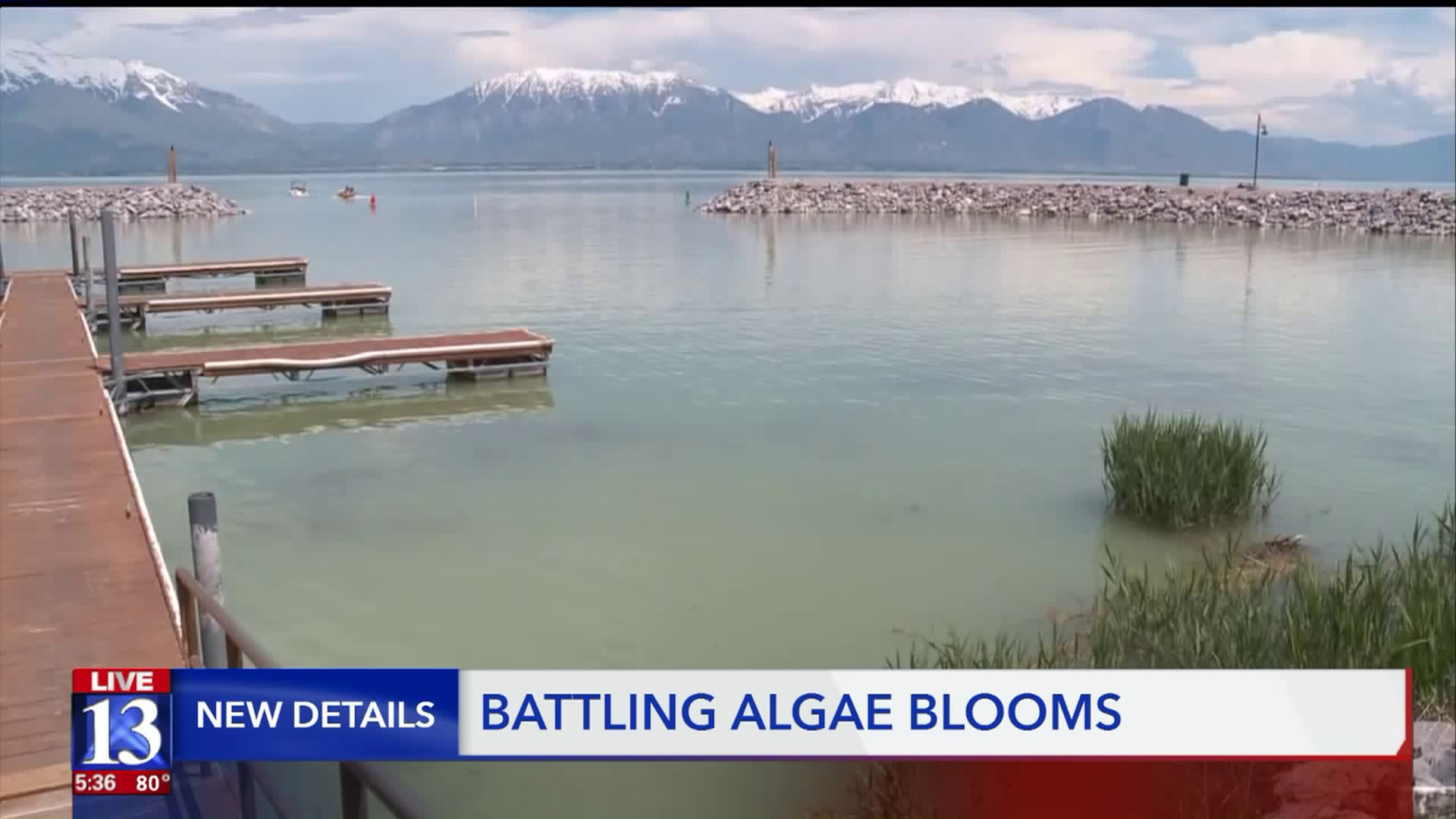 The Utah Lake Commission is asking for help in treating algae blooms, especially after learning algae bloomed early on the Saratoga Springs side of the lake. 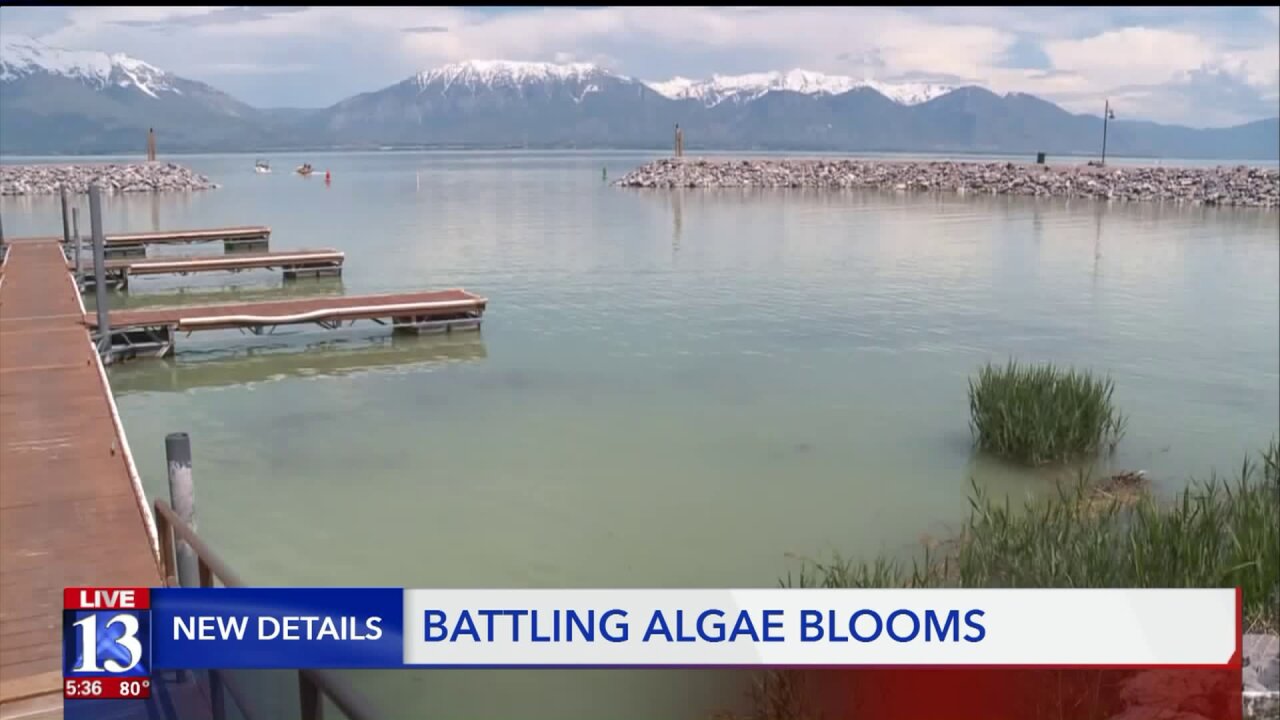 SARATOGA SPRINGS, Utah — The Utah Lake Commission is asking for help in treating algal blooms, especially after learning algae bloomed early on the Saratoga Springs side of the lake.

There are five public marinas in Utah Lake, but Ellis said they want to start treatment solutions in one or two to test them out.

At Pelican Bay in Saratoga Springs, Greg Page with Innova Water Treatment Solutions observed the algae blooms that sprung up recently — looking to see what solution could be best to get rid of the toxins.

“There’s no easy way to fix this,” said Page.

The nutrients found in Utah Lake are packed with phosphorous and nitrogen, according to Page, allowing algae blooms to thrive.

But that’s what makes the most recent blooms such a surprise to Ellis.

Algae’s ability to adapt for various conditions makes fighting it so hard and predicting where it could spring up, even harder.

Though the algal bloom doesn’t affect the health of fish in the water, or the ability to eat a clean, gutted fish without ingesting the toxin, a spokesperson with the Utah County Health Department said humans are a different story.

The effects of the bloom can range from a less-serious skin rash to more-serious neurological and liver damage.

“We want people to be comfortable coming out and using the lakes,” said Page.

So far, Pelican Bay is the only portion of Utah Lake that has been affected by algal blooms — it’s under a warning advisory and has not been closed off to visitors.

The treatment proposals need to be submitted to the Utah Lake Commission by Monday.