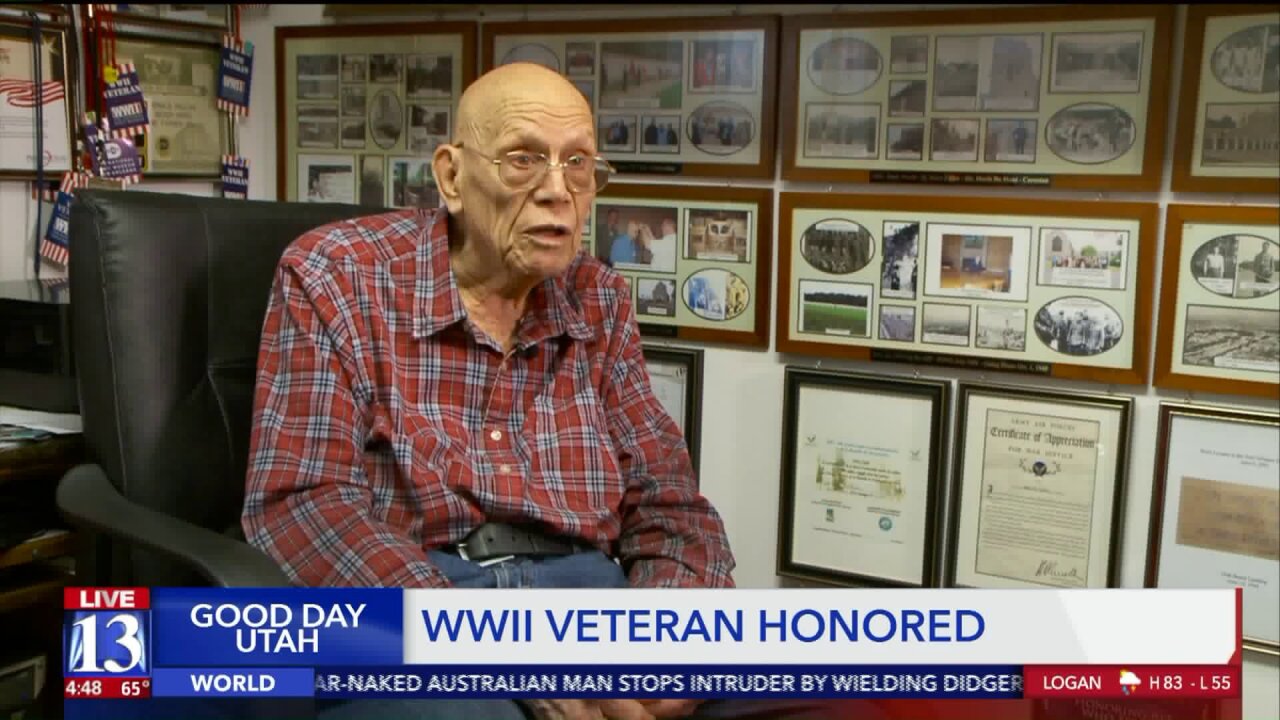 SALT LAKE CITY — There are hundreds of pictures on the walls of Don Pullan's Salt Lake City home.

His father gave him a camera when he enlisted at Fort Douglas at age 18, and Pullan carried it with him through WWII.

He served in the European Theatre, landing on the beaches of Normandy four days after D-Day.

The camera became a lifeline, capturing moments on Utah Beach that are burned into the memory forever.

However, it was almost lost after a land mine explosion.

"It blew the strap, me out of this strap," Pullan said. "At that moment, at that time I was pretty well, shall we say downtrodden because that thing was what saved our lives and we took so many pictures with it."

A farmer found the camera later on and brought it to the Red Cross.

"They were able to trace me because I got my name D.W.P. and my serial number and the United States Air Force right here," Pullan said.

Pullan and his trusted camera returned home on his birthday, Oct. 3, 1945.

He would bring home pictures of the liberation of Dachau and Buchenwald concentration camps.

Pictures, although grainy by today's standards, capture moments none of us should forget.