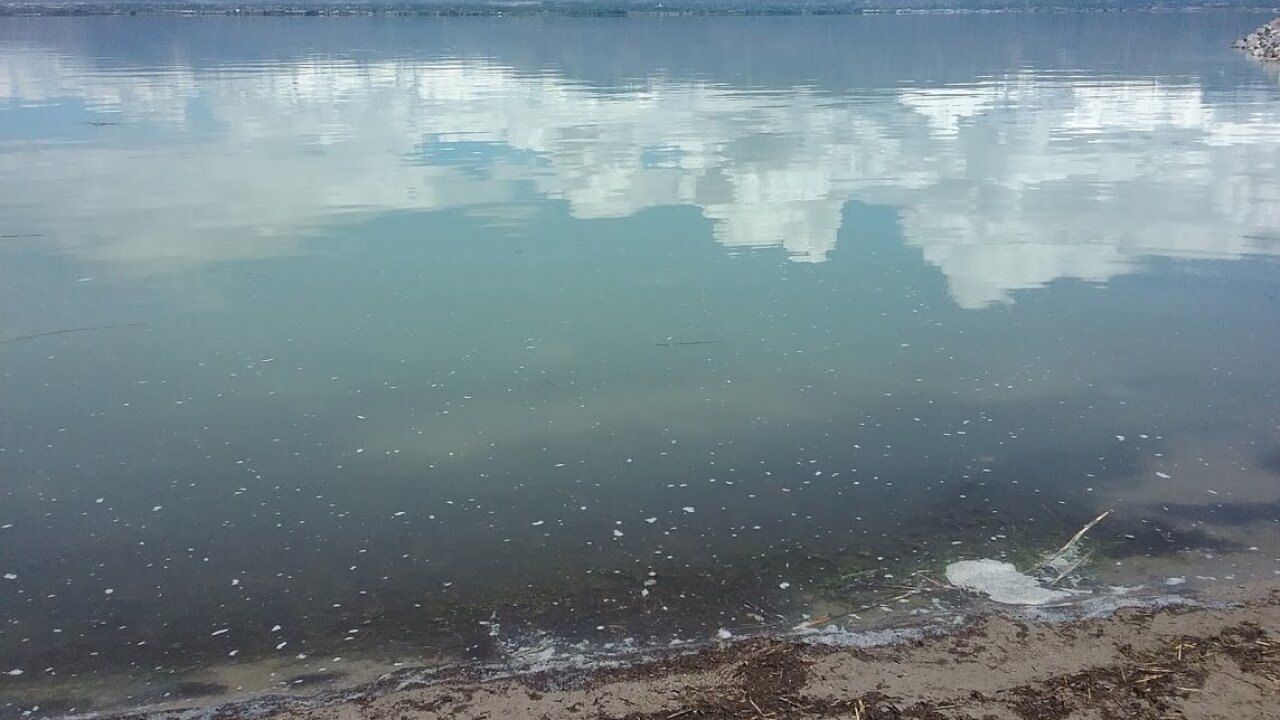 SARATOGA SPRINGS, Utah — The Utah Department of Environmental Quality confirmed an algal bloom at the Saratoga Springs picnic area of Utah Lake Wednesday and the Utah County Health Department issued a warning advisory for the area.

The remainder of Utah Lake is not under an advisory at this time, but a possible bloom near the Lindon Marina is being watched by the DEQ.

Samples at the Saratoga Springs picnic area significantly exceeded the recreation health-based threshold for a warning advisory for microcystin, which are toxins produced by the blue-green algae, according to the DEQ.

DEQ monitoring crews returned to Utah Lake Wednesday to collect additional samples that will be tested by the Utah Public Health Lab for toxin testing.

The UCHD warning advisory says to not swim or water ski in the area and to avoid ingesting water at the Saratoga Springs picnic area.

Pets and livestock should stay away from the water and any fish caught should be cleaned well. Fish guts should be discarded.

When boating on Utah Lake, avoid areas of scum.

According to the DEQ, isolated green clumps were concentrated along the shore and particulates were visible in the water in Saratoga Springs and water in the Lindon Marina Beach area was a green hue with small particles.

Samples from Lindon did not warrant a health advisory as of Wednesday afternoon and the DEQ said the potential bloom was concentrated in the northeast beach area outside the marina.