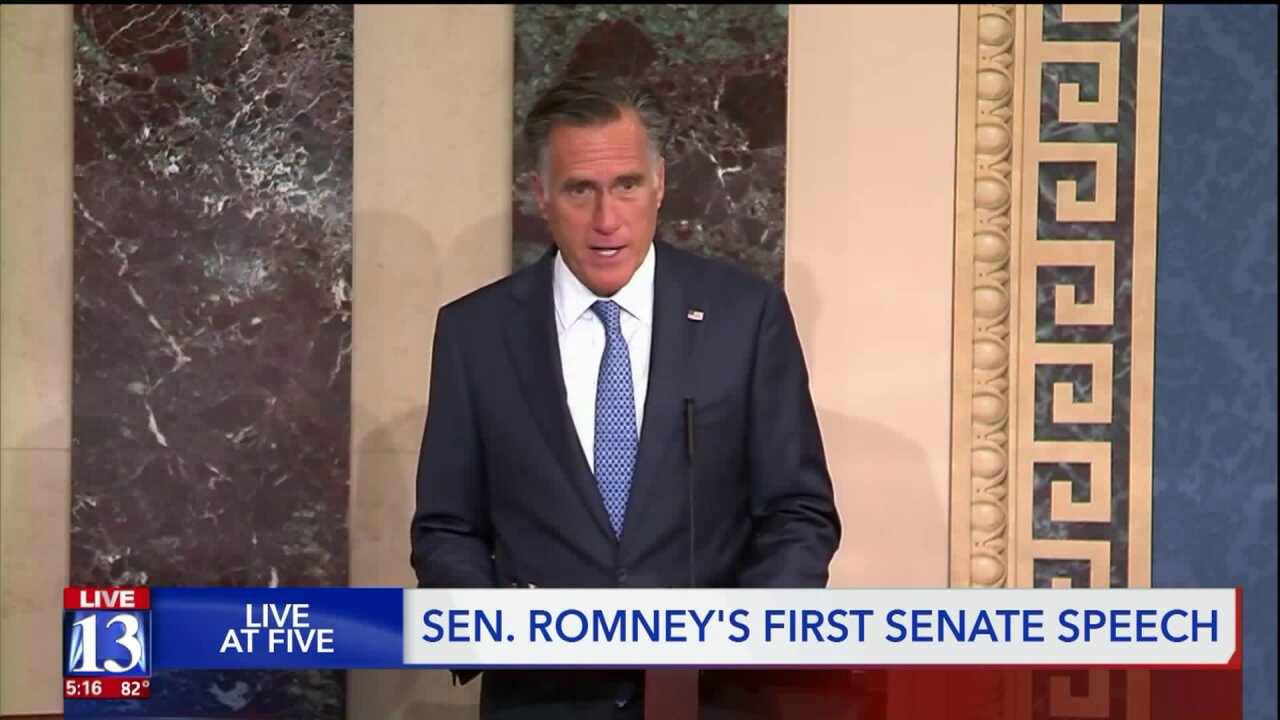 WASHINGTON, D.C. — Five months into his Senate term, Utah's Mitt Romney made his first speech on the Senate Floor Tuesday, taking the opportunity to stake out ground as a global free-trader while taking some jabs at President Donald Trump.

"We have two imperatives: first, strengthen ourselves, and second, stop China’s predation," Romney said as a thesis statement for what he sees as America's foreign policy challenge going forward.

He mentioned that as a presidential nominee in 2012, he saw Russia as the chief geopolitical foe of the U.S., but China has supplanted Russia.

In this context, Romney quoted President Trump's least favorite late Senator to critique the country Trump says is at the center of a "hoax" investigation into his campaign.

"John McCain famously opined that Russia is a gas station parading as a country," Romney said in his speech.

Romney also said that the greatest challenge to the U.S. internally is to change the tone of political culture, clearly suggesting the president should moderate his manners.

"Each of us must make an effort to shut out the voices of hate and fear, to ignore divisive and alarming conspiracies, and to be more respectful, more empathetic of our fellow Americans. And when it comes to cooling the rhetoric and encouraging unity, there is no more powerful medium than the bully pulpit of the President of the United States," Romney said.