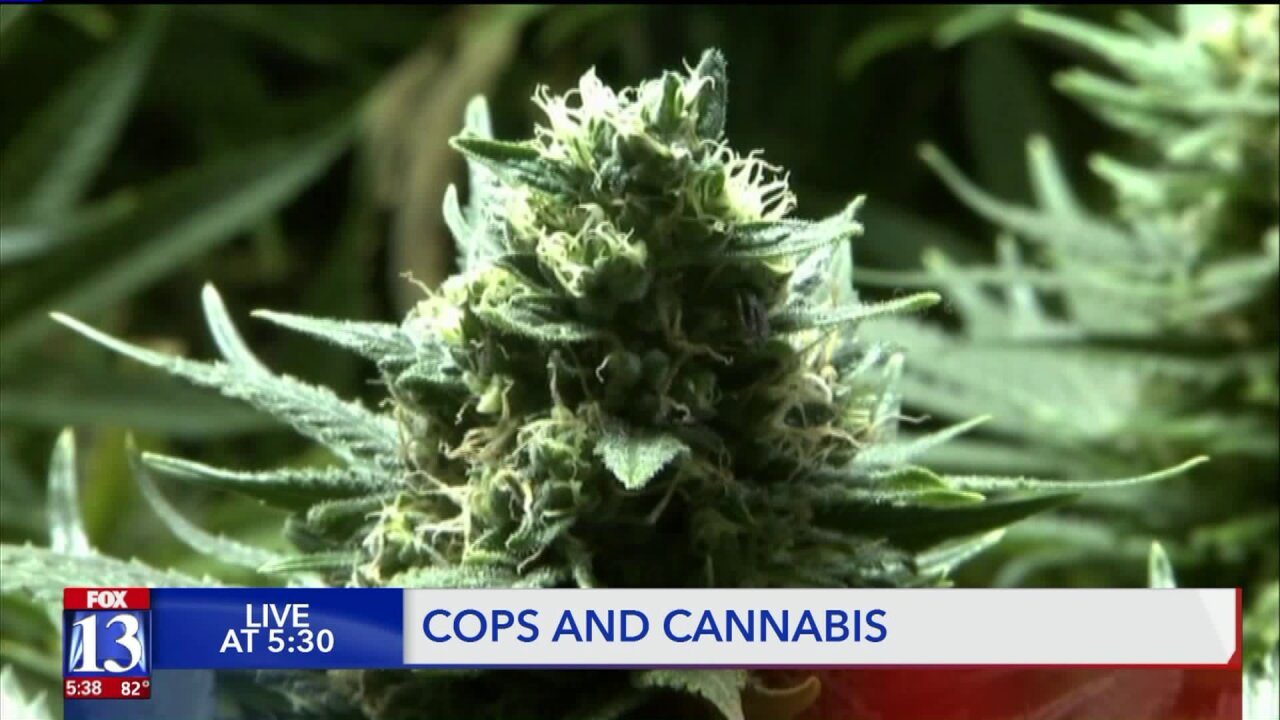 SANDY, Utah -- Utah's Peace Officer Standards and Training, the agency that certifies and disciplines all police officers within the state, is giving guidance on how to handle medical cannabis.

The guidance applies not only to patients, but police officers themselves.

He believes police officers who could also be qualifying patients would be allowed use medical cannabis under the direction of a physician under Utah law and not lose their badge. There would, of course, be restrictions against using while on the job.

After voters approved Proposition 2, the Utah State Legislature replaced it with its own state-run medical cannabis program. Under both, qualifying medical patients are given what's called an "affirmative defense" giving them an immunity from prosecution for marijuana possession.

But until the program is fully up and running, different agencies are treating medical cannabis differently. Some have told FOX 13 they are taking a "hands off" approach when someone is found with a personal quantity of marijuana. Other agencies will make arrests or issues a citation.

"We have a dispensary that's in Mesquite, only 45 minutes from the St. George area. It's an issue we're dealing with on a regular basis," said Washington County Sheriff Cory Pulsipher. "So the action that's mostly being taken is it's confiscated, citations are issued and we get it before the courts, get it before the county attorney and look at each case individually."

Sheriff Pulsipher said he wanted more guidance from the state before changing his position.

POST said it cannot dictate what each agency's policy is, but is training cadets in its academies to do more research to verify someone is a qualifying patient.

"It adds a little more responsibility on the officer to determine whether they're in legal possession or they're not," Stephenson said. "To cite everybody and let everybody sort it out, it causes a lot of headache for people that are legitimately in possession of marijuana."

The Utah Patients Coalition, which sponsored Prop. 2 and negotiated some of the terms of the replacement bill, said it supported POST's stance.

The Utah Patients Coalition is also urging qualifying patients to make sure they have an "affirmative defense" letter to avoid the hassle if they are stopped with marijuana. Stephenson said POST will train cadets that when in doubt, give the benefit to the individual.

"If they claim they have a medical card, you've got to honor that prescription," he said.