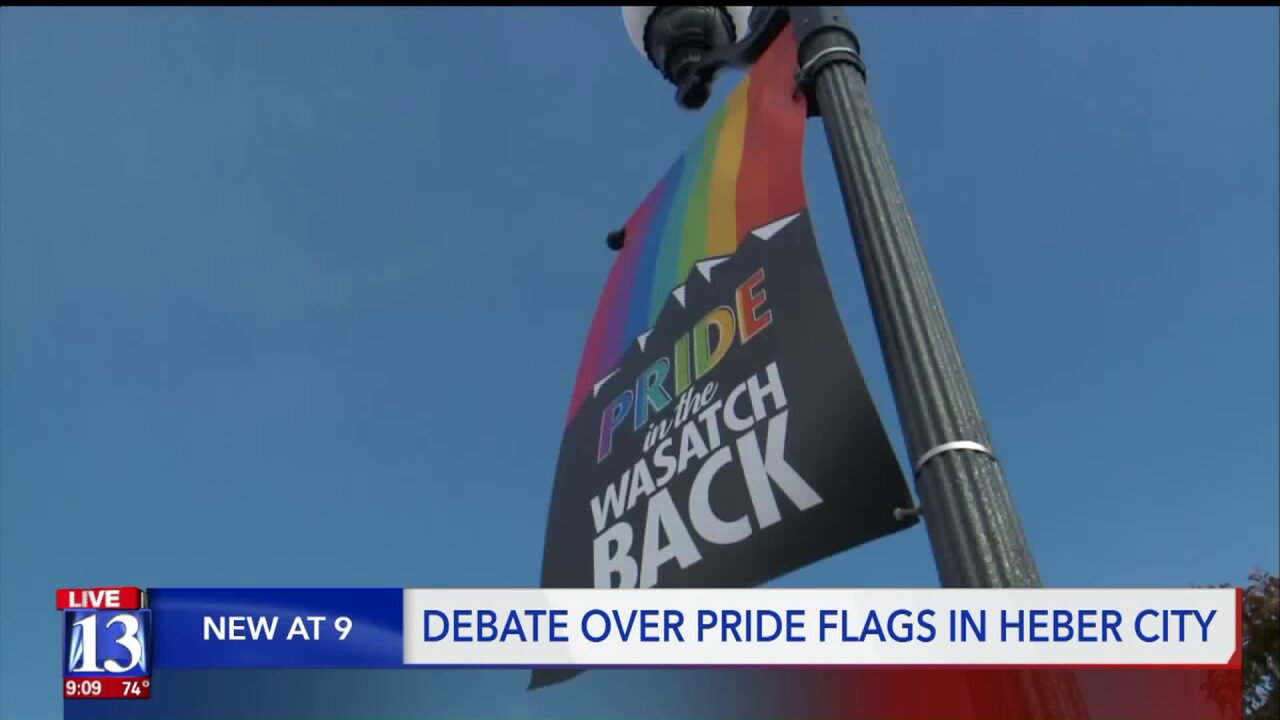 HEBER CITY, Utah — A new set of Pride flags flying from the lamp posts along Main Street in Heber City led to some debate at Tuesday night’s city council meeting.

“I have no problem with people’s sexual orientation.  I have a real problem with it being flashed in front of my face,” said Patricia Thompson, a Heber citizen.

“What about acceptance of my values as a Christian woman? Are you going to fly a flag in support of those of us who are straight?” another woman said to the council.

The flags were paid for through private funds; no public money was used.  They are hung on city-owned lamp posts and went through the usual approval process through public works.  Mayor Kelleen Potter said she was consulted and gave approval for the flags as a way to recognize a broader celebration of a civil rights issue.

“This is not a political issue. This is an issue about loving those around us. Period,” said Allison Phillips Belnap, the Heber citizen who raised the money for the flags.

Others, like Joey Hyer of Heber City, suggested the flags would be more appropriate on private land versus city property.  However, Hyer also made a point to offer to pay for a flag if it had the potential to help save a life for someone who is struggling to feel accepted.

The flags will stay up for their approved period of time.