Porch pirate in Millcreek blends in with neighborhood 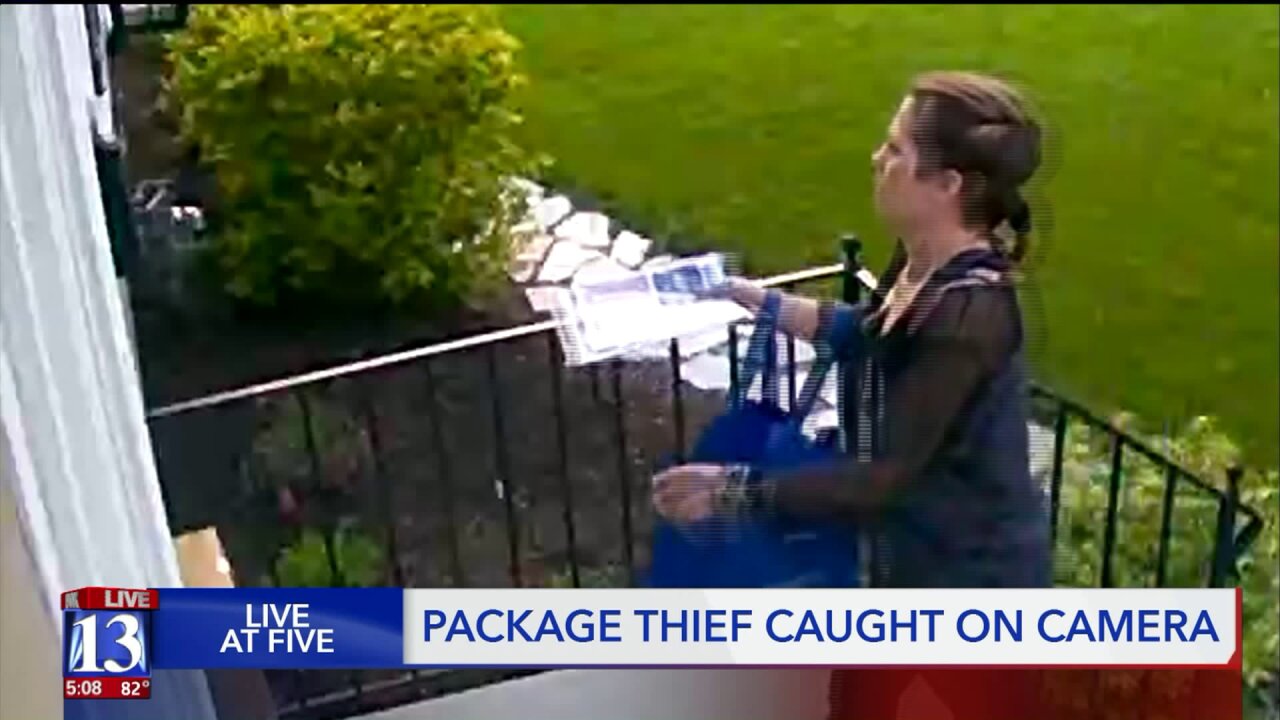 MILLCREEK, Utah — Another porch pirate in on the loose — this time, in Millcreek.

Jeremy Conk and his wife caught a woman on their security camera stealing a package, but they don't think she would've sounded off any alarm bells in their Canyon Rim community.

“We have a lot of people that come around our neighborhood and put stuff on our door, flyers, and that's what she looked like,” Conk said.

In the video, she is seen taking some of their mail out and putting someone else's mail in before walking away with their package.

“The package had some stuff that we were going to hang on our daughter's bedroom wall that we ordered from Etsy,” Conk said.

The stuff in the package can be replaced, but the Conks are more nervous about what she might do with the personal information from their mail.

“Could they steal our identity? Could they open up some credit cards? It's just really hard to know,” he said.

The mail that was placed in their box belongs to neighbors who live about four blocks away, so the Conks dropped it off with a warning.

Despite trying their best to prevent situations like this, the Conks are still left feeling violated.

“We ask Amazon and UPS and FedEx and whomever else to deliver to a secure location in our house, and that's usually in our back," Conk said. "But sometimes they don't deliver where we want them to. You think that you're safe. You try to put up some security in your front yard, and they just walk up and take your stuff like it's theirs."

However, with this crystal-clear picture of the porch pirate now plastered on the news, they're hopeful she may stop pillaging their Millcreek neighborhood.

If you recognize this woman or have experienced a similar theft, please contact Unified Police at (801) 743-7000.