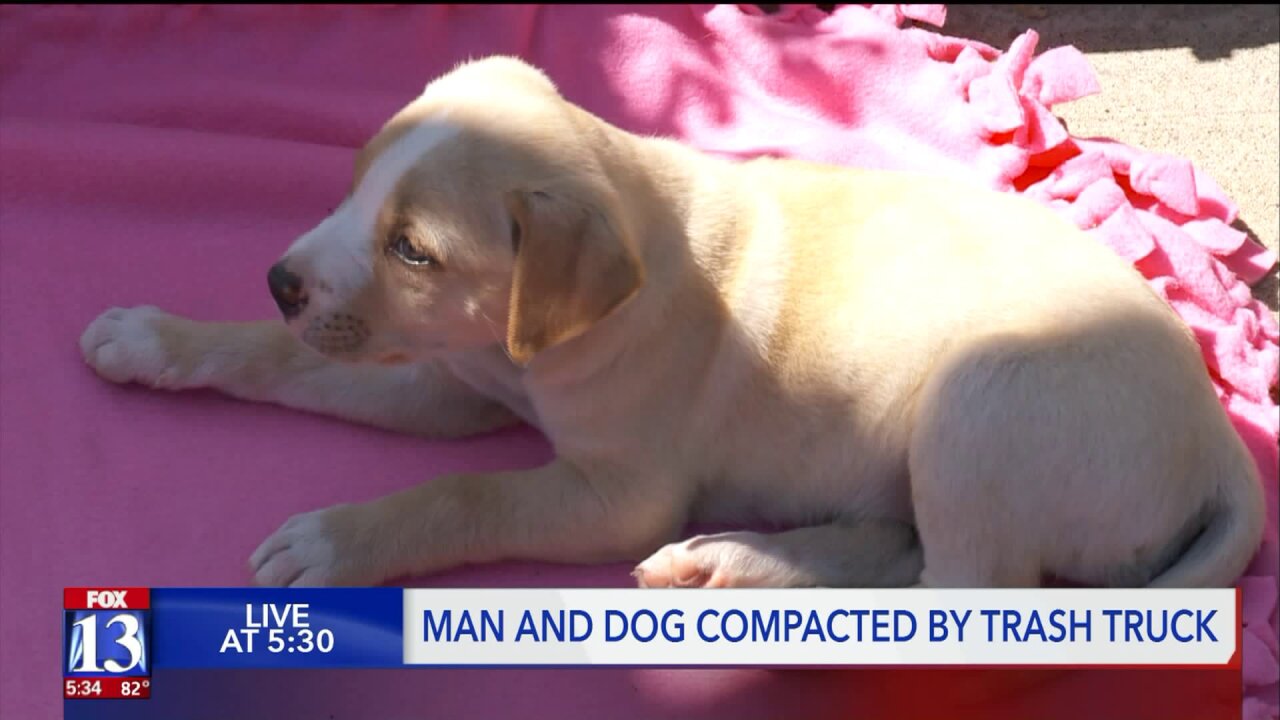 PROVO, Utah — A homeless man and his puppy were dumped into a garbage truck and almost compacted Tuesday morning in Provo.

Provo Police say the man was sleeping in a dumpster near 2100 S. 950 East when a truck came to collect the contents of the bin around 5 a.m. The man, 43, and his pitbull-lab mixed puppy were dumped into the truck — and then it began compacting its contents.

“You fall 12 feet, you’re going to be sore regardless. It would have hurt you,” Provo Police Sgt. Nisha King said.

The driver heard the man screaming for help.

“Thank goodness he immediately stopped and found that there was a 43-year-old man and his sweet puppy in the back of the truck,” King said.

“I arrived and I found that she was actually in really good shape,” Farnsworth said. “She’s sore, shaken up, but mostly alright.”

The man was taken to Utah Valley Hospital for treatment of his injuries.

Farnsworth looked after the puppy when the man went to the hospital to get checked out. Police staff named her "Vanilla." If the man doesn’t claim the dog in five days, she’ll be up for adoption.

“She does have a very long waiting list with the police officers who were first on the scene and going through all the other employees of the police department,” Farnsworth said.

Vanilla is being cared for at South Utah Valley Animal Shelter.