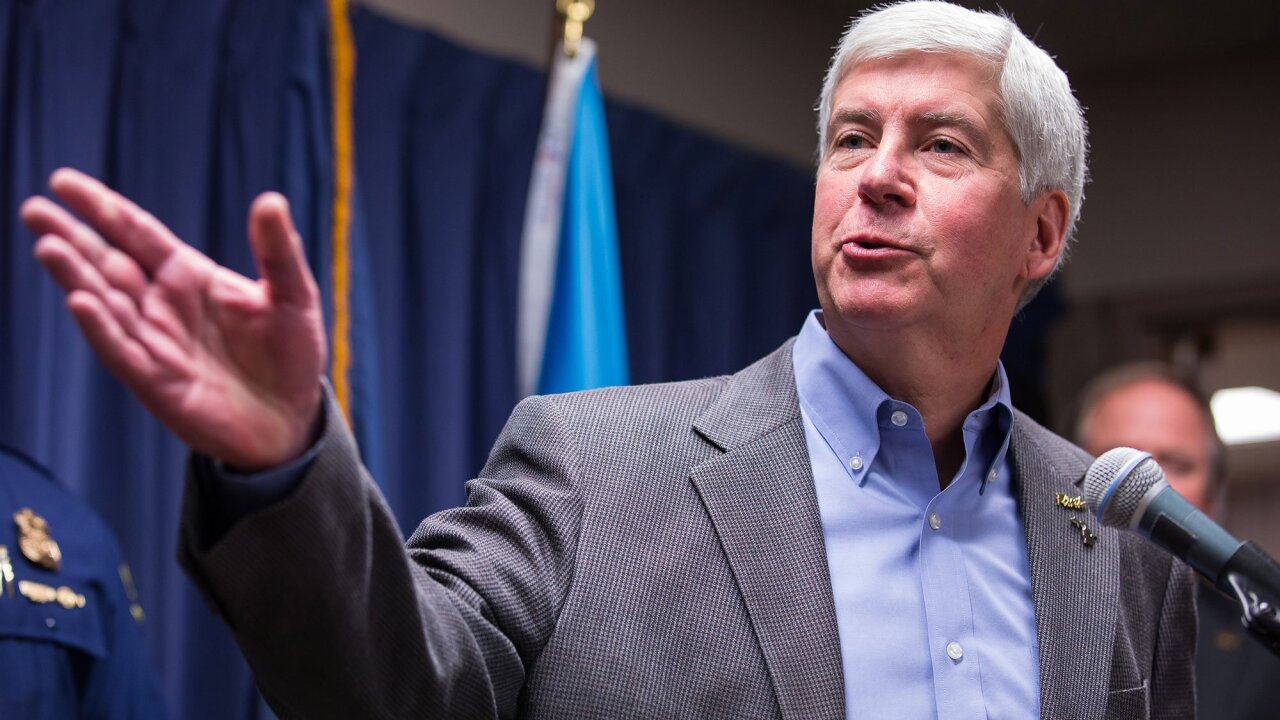 Authorities seized the cellphone and hard drive of former Michigan Gov. Rick Snyder as part of their probe into the Flint water crisis, according to search warrants obtained by CNN.

FLINT, Mich. — Authorities seized the cellphone and hard drive of former Michigan Gov. Rick Snyder as part of their probe into the Flint water crisis, according to search warrants obtained by CNN.

Snyder and more than 65 other current or former officials have had their cellphones or other information seized in connection with the investigation into the crisis in Flint, Michigan, where cost-cutting measures led to tainted drinking water that contained lead and other toxins.

The Associated Press first reported the contents of the search warrants.

Michigan Solicitor General Fadwa Hammoud said in a statement to CNN, “The prosecution is aware of substantial potential evidence that was not provided to the original prosecution team from the onset of the investigation. The team is currently in the process of obtaining this evidence through a variety of means, including search warrants.”

“The team is also conducting a thorough review of existing and newly received evidence pertaining to the Flint Water Crisis,” the statement continued.

Snyder’s iPhone, iPad and hard drive were all seized, according to a search warrant signed on May 19. The cellphones and other information seized were located at the State Operations Division of the Department of Attorney General in Lansing, Michigan.

Snyder pushed back on the notion that the devices were obtained coercively, maintaining that he had handed them over before his term ended.

“The stories coming out about my state phone and computer are very sloppy and misleading,” he tweeted Tuesday. “I gave my phone and all that stuff to the AG’s office before I left office. Why the AG’s office is executing a search warrant on itself I cannot say.”

Snyder, a Republican, served as governor of the state from 2011 until January 1, when Democratic Gov. Gretchen Whitmer was sworn in. He has not been charged related to the crisis.

Snyder’s attorney Brian Lennon said in a statement Tuesday that Snyder “intentionally and voluntarily left his cell phone and other electronic devices with the Attorney General’s office when his term of office ended.”

Lennon attested that Snyder’s legal team had not received copies of the search warrants and affidavits in question nor responses to their questions regarding “history of the document production and the agreements reached with former Special Assistant Attorney General Todd Flood” from Hammoud.

More than a dozen lawsuits, including several additional class-action suits, were filed against Michigan and the city of Flint, as well as various state and city officials and employees involved in the Flint water crisis.