Two Salvadoran migrants died in US custody near Mexican border 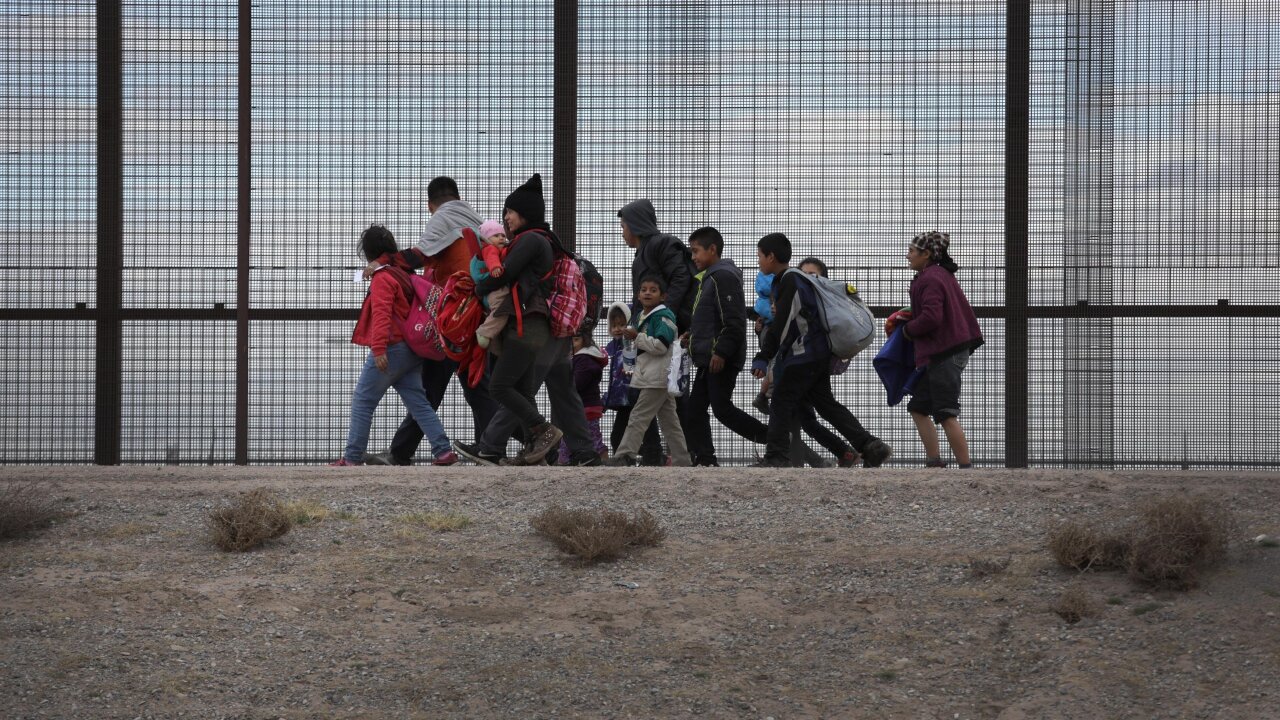 Immigrants walk along the border fence last February in El Paso, Texas. An El Salvadoran transgender woman died after she developed an illness at a private Immigration and Customs Enforcement detention center in New Mexico, according to a report in the Washington Post.

Two Salvadorans — a transgender woman and a man — died in US custody near the Mexican border after suffering health problems in separate incidents this weekend, authorities said.

Medina Leon first encountered immigration officials on April 11 “while illegally entering the United States from Mexico at the Paso Del Norte” Port of Entry, and was taken into ICE custody three days later.

ICE determined her fear of persecution if she were to be repatriated was credible on May 18 and she was issued a notice to appear before a US immigration judge on May 22.

On May 28, Medina Leon “requested to be tested for HIV and tested positive” and she was transferred to the hospital after she complained of chest pains.

“That same day, her case was reviewed and she was processed for release on parole,” ICE said in a statement.

“This is yet another unfortunate example of an individual who illegally enters the United States with an untreated, unscreened medical condition,” said Corey A. Price, field office director for ICE Enforcement and Removal Operations in El Paso.

“There is a crisis at our southern border with a mass influx of aliens lured by the lies of human smugglers who profit without regard for human life or well-being. Many of these aliens attempt to enter the United States with untreated or unknown diseases, which are not diagnosed until they are examined while in detention.”

A Salvadoran national on Sunday died of “an apparent seizure” after he was apprehended in Texas near the Mexican border, the US Customs and Border Patrol said on Sunday.

An emergency worker tried to revive him and he was transported to a local hospital, where he was pronounced dead.

“A 33-year old Salvadoran man suffered a seizure and passed away after emergency medical personnel attempted to save his life. On behalf of the men and women of U.S. Customs and Border Protection, we extend our deepest condolences to those who are just learning of the tragic death of their loved one,” Acting Commissioner CPB Commissioner John P. Sanders said in a statement.

CBP is waiting to notify the next of kin before it releases the man’s name.

“The care of those in CBP’s custody is paramount. Consistent with policy, CBP’s Office of Professional Responsibility has initiated a review. The Department of Homeland Security’s Office of the Inspector General and the Government of El Salvador have been notified,” the agency said in a statement.