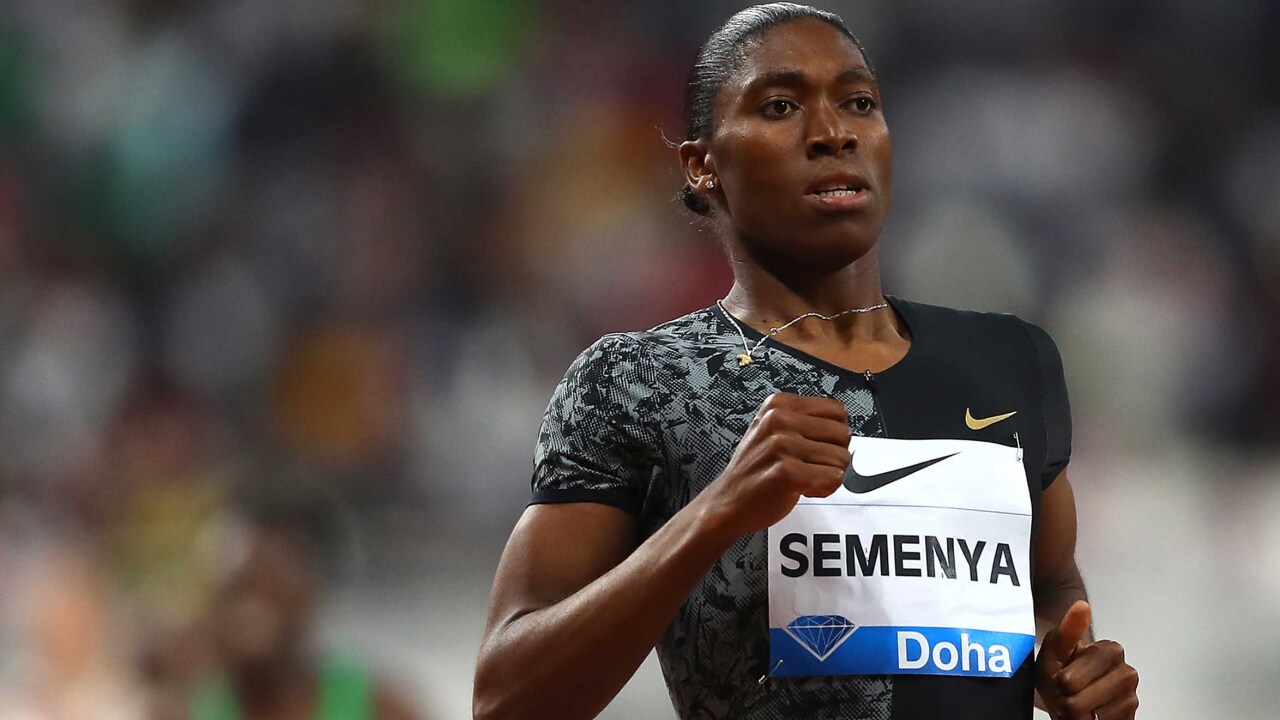 FILE: Caster Semenya of South Africa races to the line to win the Women’s 800 meters during the IAAF Diamond League event at the Khalifa International Stadium on May 03, 2019 in Doha, Qatar. (Photo by Francois Nel/Getty Images)

Runner Caster Semenya will be allowed to compete without having to take testosterone-reducing medication after a Swiss court ordered athletics’ governing body, the International Association of Athletics Federations, to suspend implementation of new regulations while Semenya’s appeal is pending.

The court ruled that the two-time Olympic 800-meter champion is clear to race in events of all distances, according to a news release.

Last month the IAAF instigated a controversial policy which required athletes with a difference in sex development (DSD) to take medication to reduce their blood testosterone levels, if they wanted to compete internationally at middle-distance events.

“I am thankful to the Swiss judges for this decision,” Semenya said in a statement. “I hope that following my appeal I will once again be able to run free.”

Semenya took her case to the Federal Supreme Court of Switzerland after an appeal was rejected by the Court of Arbitration for Sport in May.