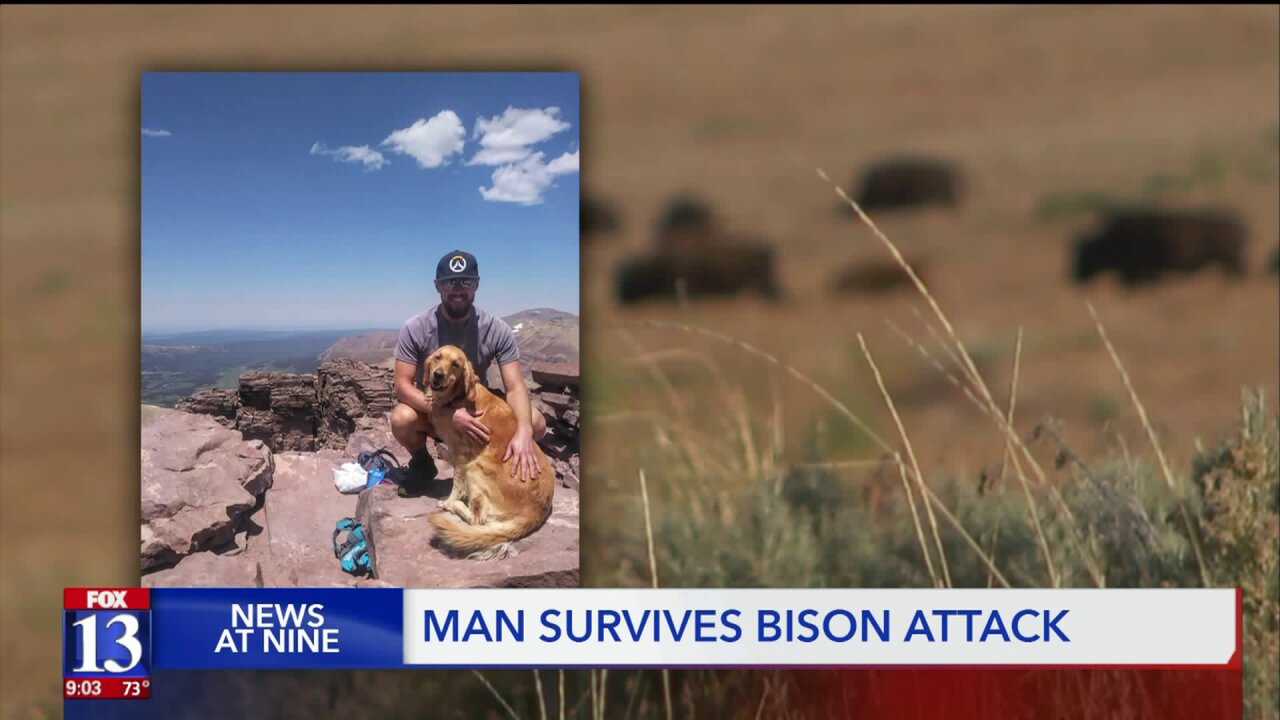 ANTELOPE ISLAND STATE PARK, Utah — A Utah man is recovering at the University of Utah Hospital after being gored and trampled by a bison over the weekend at Antelope Island State Park.

Kyler Bourgeous was trail running near the top of Frary Peak Trail on Saturday when he turned a corner and was just feet from a pair of bison.

“He said, 'I just turned and tried to run, and I could see I wasn’t going to make it,'” said Bonnie Bourgeous, his mother.

Kyler was gored in two places, lifted into the air, thrown to the ground and trampled.

“Boy, if those guys charge, you are pretty much defenseless,” Bonnie said. “If he had not turned just one inch this way or that way, it would have gone through his heart and lungs and lower internal organs and there’s no way he would have survived."

She said her son hikes the area frequently and planned for the possibility of an attack.  He trusted that plan, avoiding a direct hit to the front or back and then curling into a ball to protect his vital organs.

“Kyler’s thoughts were just, 'I’m young, and I have a lot to live for.' And I think that’s what got him through it,” Bonnie said.

Kyler has a collapsed lung, broken ribs and injuries to his internal organs. What he does not have is good insurance.  As a 30-year-old college student at Weber State, he is on Medicaid.

The family has set up a GoFundMe campaign to help pay for his medical expenses. It can be found by clicking here.