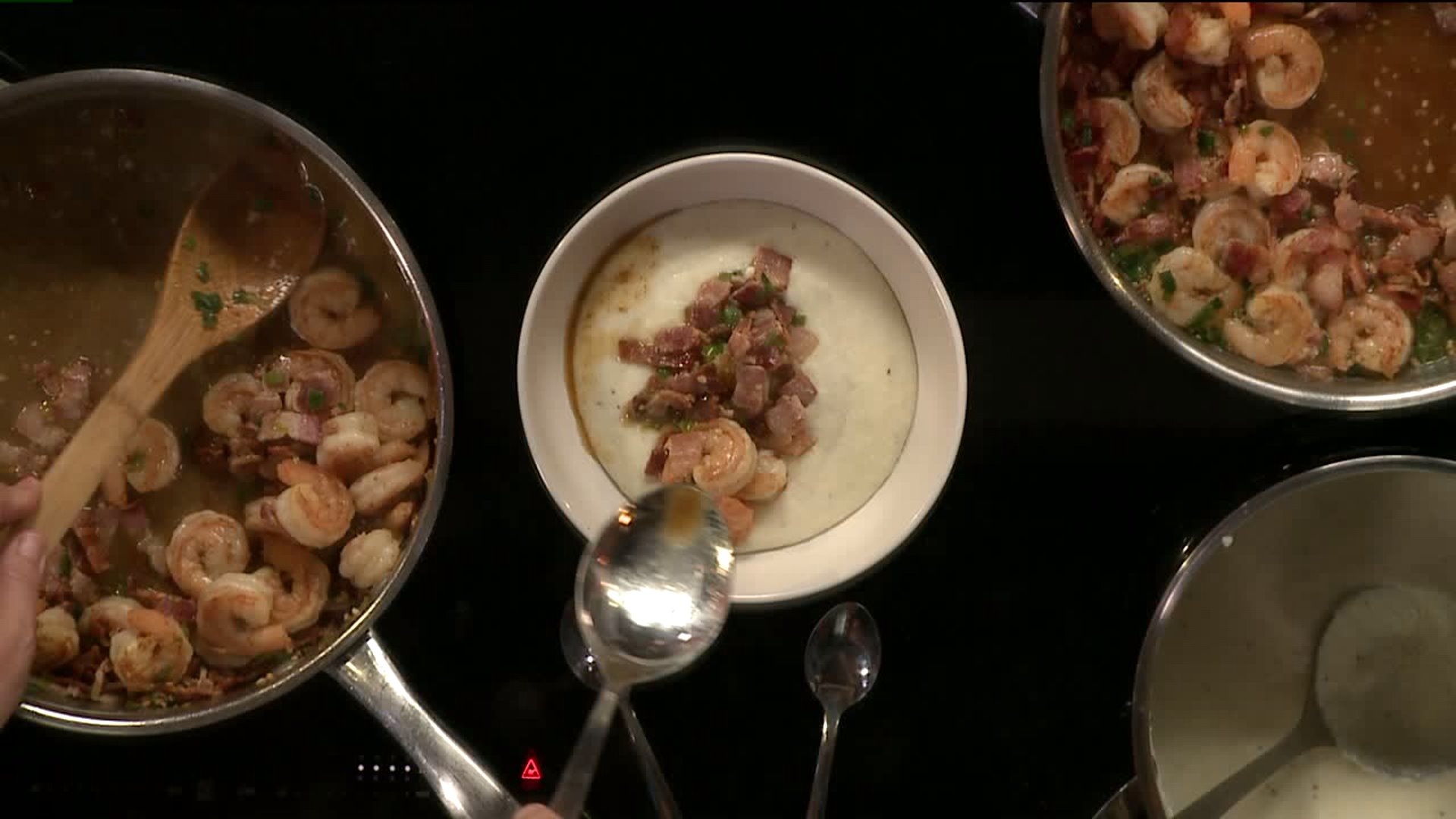 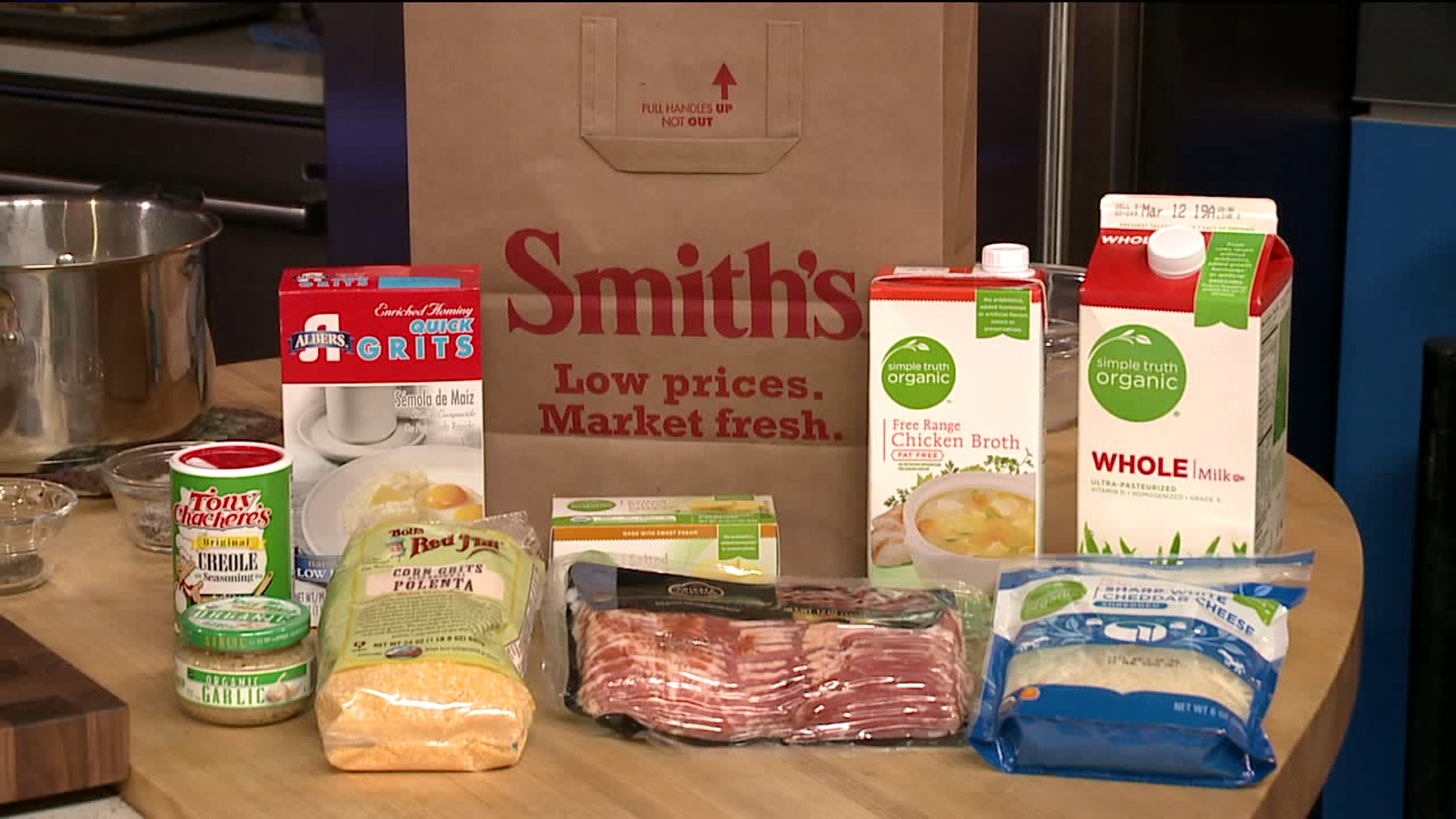 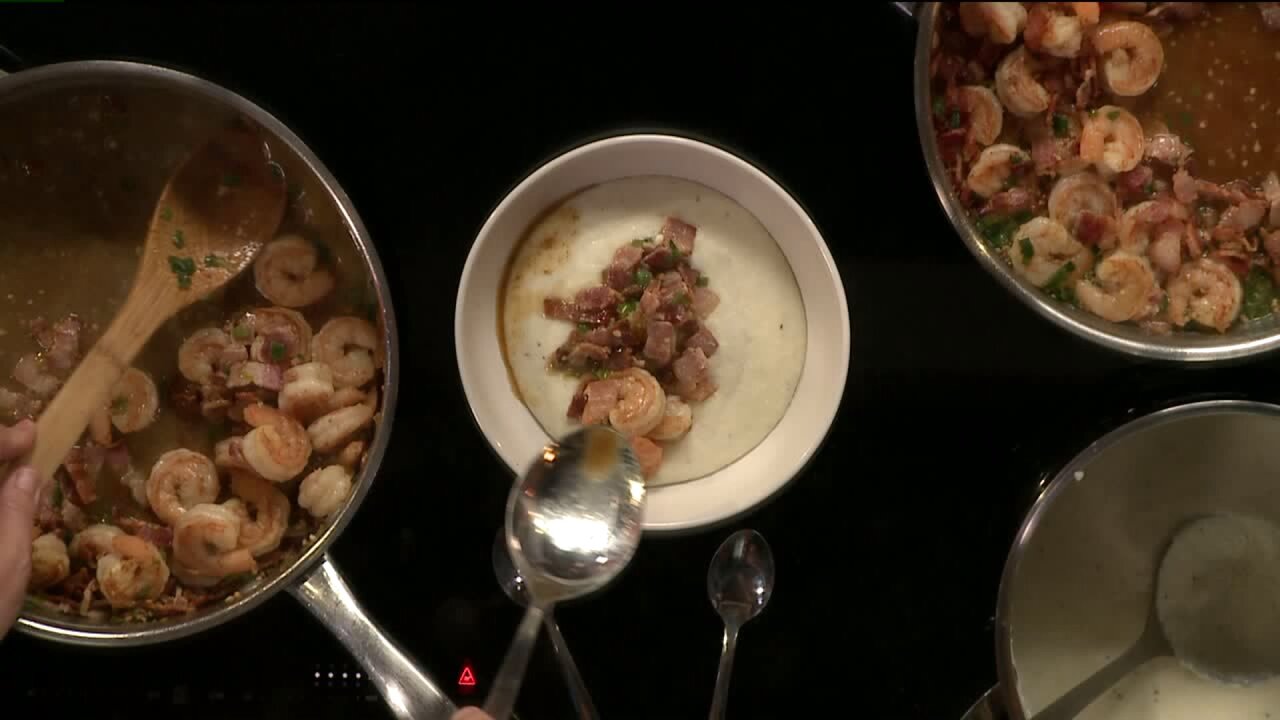 The recipe is listed below:

1. In a large saucepan, bring the broth, milk and butter to a boil. Slowly stir in the grits, using a whisk. Reduce the heat to low and cook about 10 minutes stirring frequently. Stir in the salt, pepper and cheese. Stir until smooth. Set aside and keep warm.

2. In a large skillet, cook the bacon over medium heat until it starts to get crispy. While the bacon is cooking, season the shrimp with the Cajun seasoning and garlic. Once browned, remove the bacon from the pan and drain on a paper towel. Leave about 2 tbsp. of bacon fat in the pan to cook the shrimp.

3. Cook the shrimp in the bacon drippings about 2 minutes per side of until they are pink and opaque. Pour in the chicken broth, butter and green onions. Simmer and stir until the butter is melted.

4. Pour the grits in a serving bowl. Serve with a few shrimps and drizzle a little of the sauce over the top. Garnish with fresh parsley.