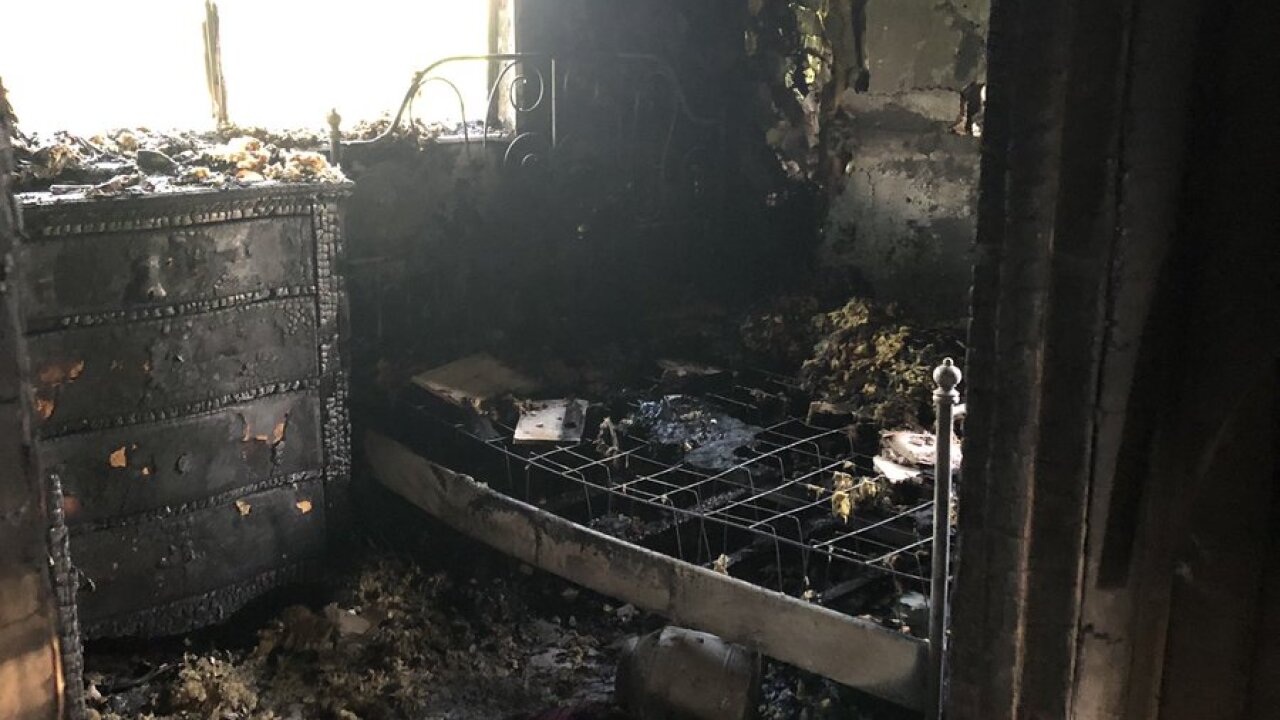 WEST VALLEY CITY, Utah – One person was injured and a bedroom severely damaged after a fire inside a home Sunday morning.

We are investigating the cause of an early morning fire at 6997 W Copper Hill Drive. The fire started just before 6am and was mainly contained to an upstairs bedroom. With assistance from @FireAuthority Crews were able to quickly get the fire out. (1of2) pic.twitter.com/EFOkiGzkrb

Fire officials said there were two people inside the home when the fire broke out but both made it out safely.

One person was injured and treated at the scene, fire officials state.

West Valley City Fire said the blaze was contained to an upstairs bedroom and firefighters were able to put it out quickly.

The bedroom has fire and water damage, while the upstairs hallway has water and smoke damage, according to fire officials.

The cause of the fire is being investigated.