Driver of fatal fiery crash along I-15 in Springville identified 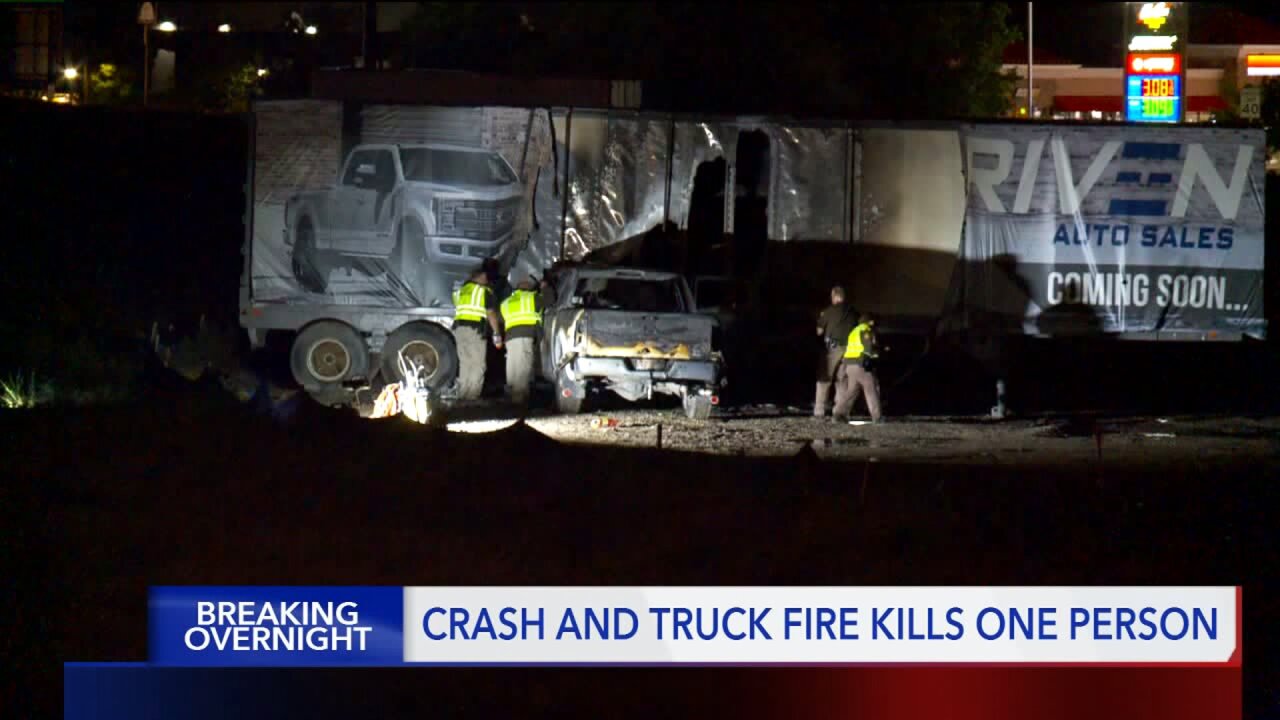 UPDATE: The Utah Highway Patrol identified the driver of the pickup truck as 33-year-old Tayva A. Steele.

SPRINGVILLE, Utah - A truck driver was killed in a fiery crash on I-15 early Saturday morning.

The Utah Highway Patrol said the crash occurred just off of southbound I-15 at 400 South at approximately 2 a.m.

According to troopers, the driver went off the road and struck a utility pole. The truck also went through a construction zone before crashing into a parked semi-trailer.

Troopers and firefighters at the scene said they tried to save the driver, but due to the severity of the crash was not able to get to them.

UHP is conducting an investigation into why the truck went off the road.

Troopers said speed could be a factor.