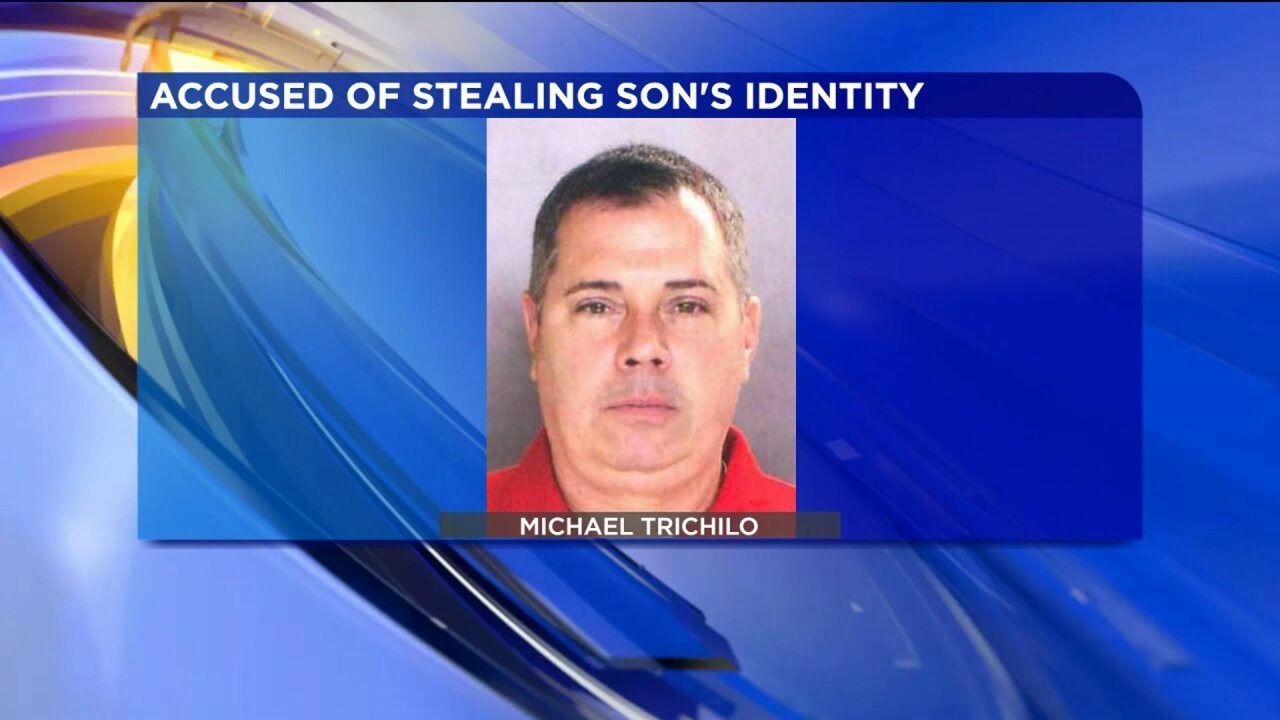 THROOP, Pa. — A father from Lackawanna County turned himself in to face more than a dozen charges of identity theft and fraud. His own son is his alleged victim.

Michael Trichilo Sr., of Throop, turned himself in at the Lackawanna County Courthouse Friday morning. He was arraigned on 18 felony counts, including identity theft and fraud.

His son Michael Jr. was not originally a cooperating witness in this case, telling detectives he did not want to file charges against his father, but earlier this year, investigators say his father left him with no choice.

Investigators would eventually find that Trichilo started the fraud when his son was just 14.

Now 22, Trichilo Jr. learned of the fraud in 2016 when he went with his dad to buy his first car and couldn’t get a loan.

According to court papers, the son’s credit check found thousands of dollars’ worth of loans and credit card bills. Detectives say Trichilo Sr. filed for bankruptcy in 2015 but kept using his son’s identity to get money.

Court papers show that the father promised the son he’d make it right but never did. Earlier this year, Trichilo’s family went to police.

Unless Trichilo Sr. takes responsibility for the debt Trichilo Jr. could be stuck with it.

We reached out to members of the Trichilo family, but they did not want to speak to us on camera. Michael Trichilo Sr. was released without having to post bail. He’s due back in court next week.